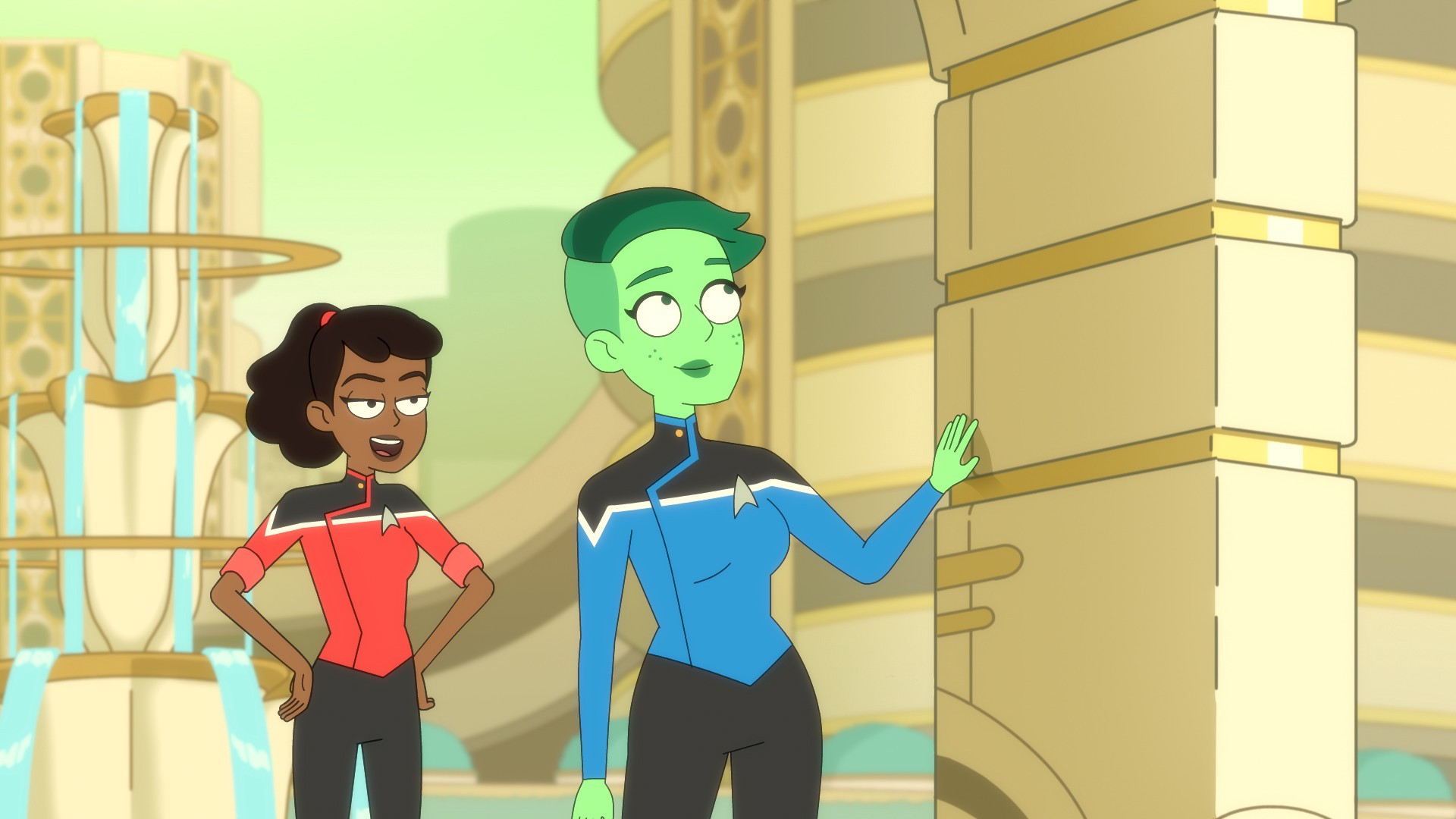 ‘Star Trek: Lower Decks’ got off to an excellent start, as we are introduced to the lower ranking officers, aboard one of the lesser critical ships. The initial excitement of the show fades to managed expectations; as we learn, it is a Second Contact ship. However, there’s no reason to be dejected, because the series soon picks up pace. Besides being peppered with references Trekkies are bound to love, ‘Star Trek: Below Decks’ starts with a quirky adventure. Space zombies are always exciting unless they are actually your senior officers aboard the vessel.

The show’s central characters are at their wits’ end when a spider slime becomes the unexpected solution, which saves the day. Curious to find out what the latest episode has in store? We have the rundown and information on when and where to watch the upcoming installment.

‘Star Trek: Lower Decks’ Episode 3 is slated to release on Thursday, August 20, 2020, at  3:01 AM ET. The upcoming episode sees the crew members trying to work faster, leading to some hiccups. Meanwhile, breaking protocol to survive seems to be the call of the day, though superiors are bound to frown on it. We are likely to see some tussle with spear-hurling foes.

The episode starts with Tendi and Mariner coming face to face with an alien. They assume it to be evil until the entity convinces them it can make wishes come true. It conjures a tricorder out of thin air, but diminishes its energy – eventually disappearing into Freeman’s tunic.

Rutherford, who’s newly become friends with Tendi, asks for a transfer to assist her while she watches a pulsar. Finally, Rutherford seems to find his groove in the Security team. He is put in a simulation and performs so impressively that he’s taken on board. However, his heart belongs to Tendi, and he goes back to square one. Meanwhile, Mariner is a rulebreaker through and through.

She also has plenty of experience, having served on an elite fleet. Thus, when Mariner and Boimler go to escort a Klingon envoy, Mariner breaks protocol. Instead of following customary rules of showing respect, she spars with K’orin, and they drink a lot. Unfortunately, before the peace talks, the envoy goes missing. Now, Mariner and Boimler try to track him down and run into a world of trouble. Surprisingly, Mariner seems confused, and it is Boimler’s smart thinking that saves the day.

She asks him to keep it on the down-low, but he tells everyone of his exploits. It also influences his decision not to give up the commission just yet. If you’re wondering how Mariner messed up – she didn’t. She set the entire thing up to give Boimler back some confidence in a solid show of friendship.