Star Trek: Lower Decks Episode 5: When and Where to Watch? 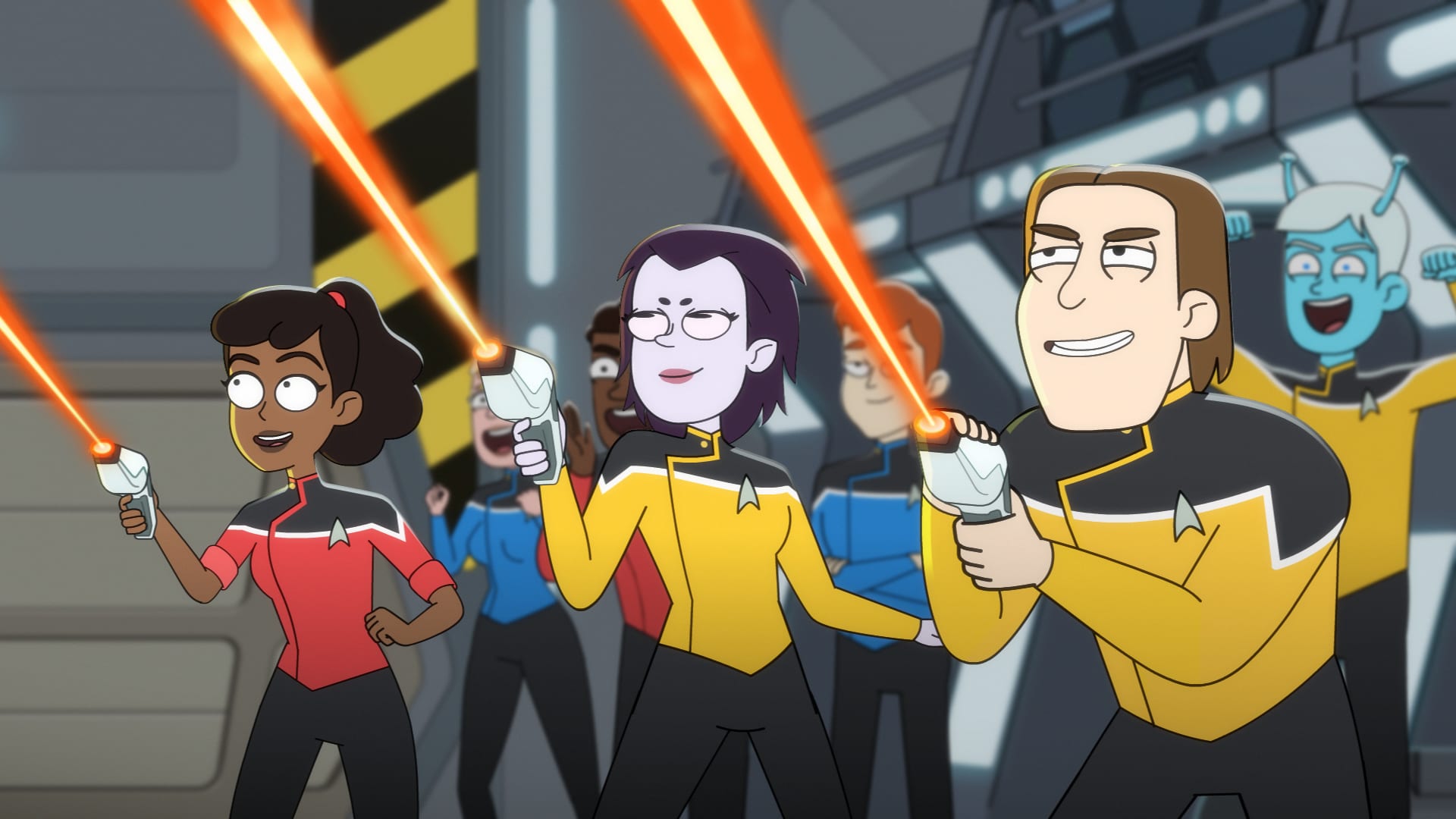 ‘Star Trek: Lower Decks’ is already shaping up to be a treat for fans of the franchise. Despite the idiosyncratic tale – focusing on a relatively less important ship, and even less essential officials – their adventures have already gotten us hooked. We’ve seen Tendi and Rutherford’s blossoming friendship and Mariner’s rule-breaking habits. In fact, in the last episode, we witness the crew members on the lower decks struggling with their tightened schedules. Mariner and Commander Ransom finally lock heads over their mutual lack of respect. Curious to find out what happens in the latest episode? We have the rundown and information on when and where to watch the upcoming installment.

‘Star Trek: Lower Decks’ Episode 5 is slated to release on September 3, 2020, at 3:01 AM ET. The upcoming episode sees a crew member’s girlfriend coming to visit him. While he’s excited, his mate suspects she might be an alien, leading to some humorous situations. There are added problems when crew members detect a plasma fire on board, which requires immediate attention.

Titled ‘Moist Vessel,’ the episode begins with the Cerritos meeting with Captain Durango. He’s the Tellarite captain of the Merced. Together, they seem to be investigating a generation ship that’s lost in space but has the technology to change how the Federation can colonize uninhabited planets.

Mariner makes herself a nuisance, showing disrespect to everyone. Ransom suggests to Freeman that Mariner should be allocated the worst jobs on the ship, so she seeks a transfer. However, Mariner seems to enjoy her tasks, prompting a change in tactics, where she’s given a higher position – leaving her little time to rest. When Durango accidentally releases the terraforming material, which attacks the ship, Mariner and Freeman must put aside their differences to stop the spread.

Meanwhile, Tendi has her adventure with O’Connor, after she accidentally messes up his plans for ascension. The latter is naturally miffed, but when Tendi comes clean about her motives, O’Connor is quite understanding. They don’t have much time to make up as they’re about to drown due to the terraforming material. O’Connor helps Tendi get out of the way, but he manages to ascend – albeit painfully.

The episode shows the best and worst of Freeman and Mariner’s sides, how they can work as a team, or be at each others’ throats. In a refreshing twist, ‘Lower Decks’ puts compelling women characters in central positions. The subversive stance is evident when Freeman claims Ransom’s idea as her own, in a wonderful reversal of women’s opinions being appropriated as men’s.