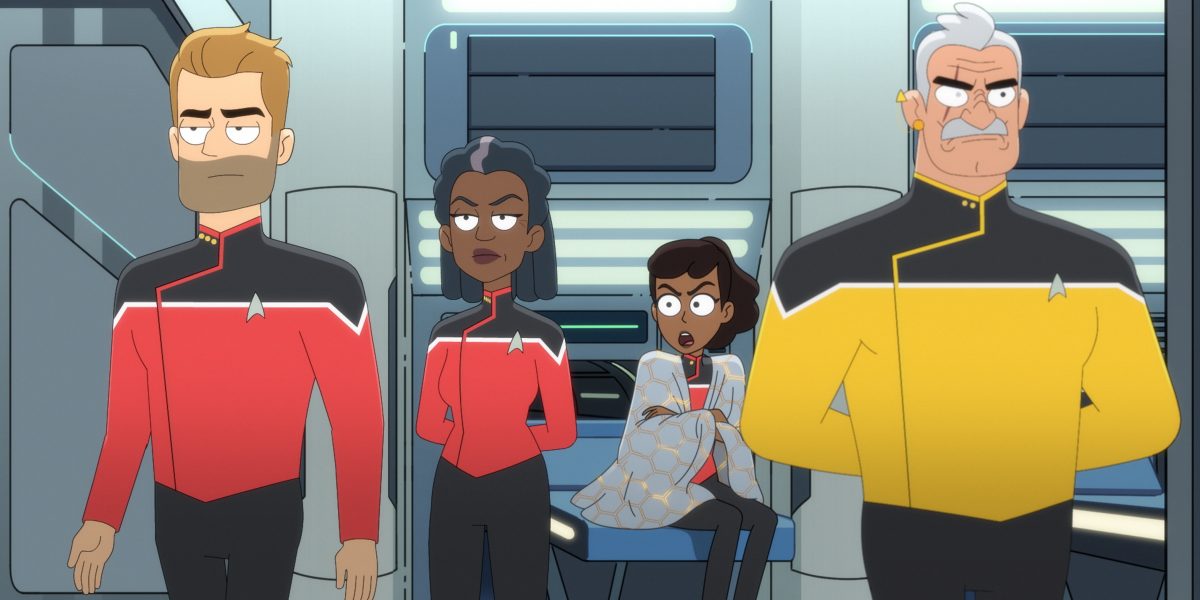 The eighth episode of ‘Star Trek: Lower Decks’ season 2 is a fun-filled and nostalgic look back at the franchise’s decades-long history through an engaging narrative. In the episode, the crew of the USS Cerritos undergoes an external examination that determines their futures. The challenges that recreate many classic moments from the science fiction franchise’s past make the ship’s crew more cohesive despite their failure at most of the tasks. You can read more about the episode’s events in the recap section. Well, let’s have a look at what lies in store for the lower deckers in season 2 episode 9!

‘Star Trek: Lower Decks’ season 2 episode 9 will premiere on October 7, 2021, at 3 am ET on Paramount+. The episode is the penultimate one of the sophomore season. New episodes with a runtime of approximately 25 minutes each arrive on the streaming service on Thursdays.

To watch ‘Star Trek: Lower Decks’ season 2 episode 9, head to Paramount+. The new episode will become available to subscribers starting from the date and time specified above. You can also opt to watch the latest episode on Amazon Prime Video by adding Paramount+ to your subscription plan.

In episode 9 of ‘Star Trek: Lower Decks’ season 2, Boimler will once again be cooking a new scheme to gain a quick promotion and climb higher in the ship’s hierarchy. He will try to befriend Commander Ransom and could end up lying to make a good impression. Of course, this will only end up creating more problems for Boimler, who might find himself pretending to be someone he is not. So, he will have to choose between continuing the charade or coming clean to his new friend.

‘Star Trek: Lower Decks’ season 2 episode 8 is titled ‘I, Excretus.’ It follows the crew of USS Cerritos as they face an external evaluation. Mariner is particularly upset about how the senior officers treat the juniors. Therefore, she is ecstatic when the evaluation officers reveal that the seniors and juniors will swap roles through simulation and be graded publicly.

Mariner goes through a series of challenges failing each one of them, while Tendi and Rutherford also fail their respective challenges. However, Boimler finds some success as he completes his mission of escaping from a Borg Cube. While Mariner, Tendi, and Rutherford anguish in their failures, Boimler continues to rerun the challenge in a bid to obtain a perfect score.

On the other hand, the senior officers also surprisingly fail at doing their juniors’ menial jobs while the ship is under siege. In the final challenge, the juniors and seniors are put to work together to steal a starship and rescue Spock from a distant planet. However, Captain Freeman and Mariner end up in an argument that leads to the ship crashing before they can take off. It is revealed that the examiner was trying to fail the crew on purpose. In the end, the staff works together and saves themselves from being reassigned, consequently growing closer in the process.

Read More: Is Star Trek: Lower Decks Made by Rick and Morty’s Creator?