Star Trek: Picard: Everything We Know 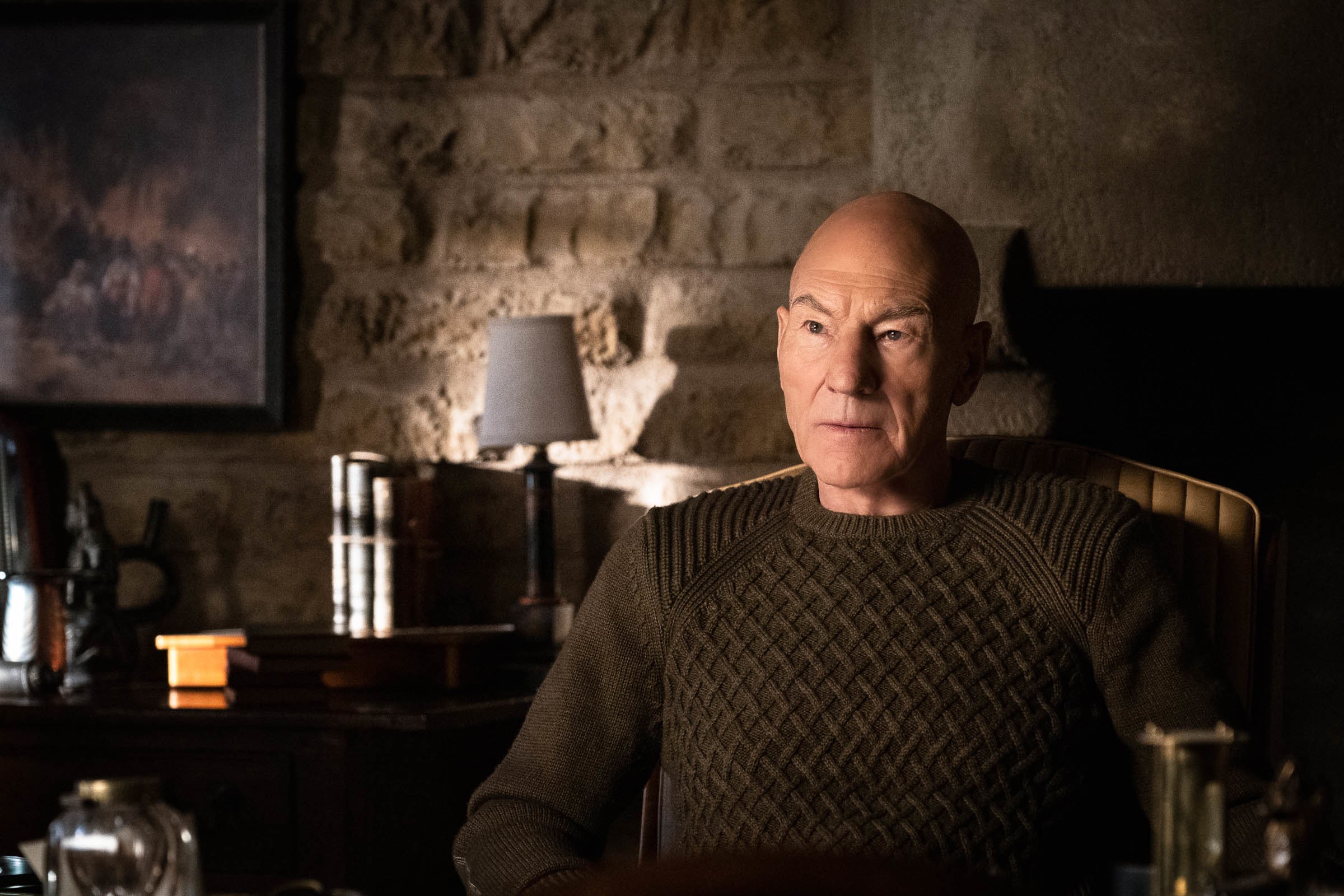 ‘Star Trek: Picard’ centers on the hero to all of Starfleet – Captain Jean-Luc Picard. As a retired Picard is relaxing at his countryside house with his beloved pet number 1, he is disrupted by a panic-stricken young girl, who fears someone wants to hurt her and Picard is the only one she can turn to, for help. Therefore, Picard embarks on a new mission, to safeguard the girl and reopen old wounds in the process.

I think we can all agree that ‘Star Trek: Picard’ is a big deal for the ‘Star Trek’ fandom. I mean, it’s Sir Patrick Stewart’s return to his iconic role, after over twenty years. Plus, the show packs updated visual effects and advanced film techniques, coupled with powerful and invigorating background score that puts realism and new wonders into the ‘Star Trek’ universe. What more could a space enthusiast ask for?

Star Trek: Picard Cast: Who is in it?

After a lot of back and forth, Sir Patrick Stewart is reprising his role as Jean-Luc Picard. But this time, he is a retired Starfleet admiral. His notable works include ‘Star Trek: The Next Generation’ (all seven seasons), ‘Star Trek: Nemesis’ and the ‘X-Men’ franchise.

In a conversation with Deadline, the multiple-award winning star discussed the reason he agreed to take up the role, after initially turning it down, not once but many a times. He said he is humbled by the fact that “the example of Jean-Luc inspired so many to follow in his footsteps, pursuing science, exploration and leadership,” Stewart added, “I feel I’m ready to return to him for the same reason – to research and experience what comforting and reforming light he might shine on these often very dark times.”

‘American Crime Story’ fame Isa Briones plays the role of Dahj, a msyterious young woman who seeks help from Picard. Tony Award winning actor Alison Pill, known for her role in ‘American Horror Story,’ essays the role of Agnes Jurati, a friendly doctor who befriends Picard as they both share the same mission. ‘Big Little Lies’ and ‘Salvation’ actor Santiago Cabrera co-stars as a retired officer of Starfleet, Cristobal Rios (Chris) with secret skills up his sleeve. He joins Picard on his mission, as a pilot alongside his companion, ‘Lethal Weapon’ star Michelle Hurd, who plays Raffi Musiker. Rafi is a retired officer who is an impeccable analyst, despite struggling with substance abuse.

Joining them is Harry Treadaway, known for his performance in ‘Penny Dreadful.’ Harry enacts the character of Narek, an agent from Romulus whose motive for joining Picard is to discover how his folks are treating the former Borg drones.

Evan Evagora joins the cast as Picard’s moral compass Elnor, a refugee from Romulus who is also a proficient combatant.  The returning cast members include Brent Spiner as Data (but is he though?). Data is a confidant and friend of Picard, who served alongside him on Enterprise-E & D, before he is killed off, in ‘Star Trek: Nemesis.’ He is also known for his role in ‘Independence Day.’

Saturn Award winner Jeri Ryan returns to her role as the former Borg drone, Seven of Nine, from ‘Star Trek: Voyager.’ Seasoned actor Jonathan Frakes (‘ Beyond Belief: Fact or Fiction’) reprises his role as Picard’s closest buddy William Riker, who was aboard the Enterprise E & D. Joining him as his wife Deanna Troi is actor Marina Sirtis, who plays a counselor with a heart of gold. She also stars in ‘The Orville.’ The recurring cast also comprises Jonathan Del Arco (‘Major Crimes’) as a former Borg drone Hugh, and the adorable little Dinero as Picard’s furry companion, Number One.

Star Trek: Picard Plot: What is it About?

Set in the 24th century, ‘Star Trek: Picard’ takes place after the events of ‘Star Trek: The Next Generation.’ It sees an old Admiral (he likely gets a promotion) Jean-Luc Picard, who has been discharged from his duties, living in a secluded villa in the French valleys, surrounded by vineyards and engulfed in bright sunlight. He enjoys morning walks with his dog Number 1, but the memories from his dark past haunt him at night. He has been put in retirement because of an impulsive decision. This is not what he wanted for himself, but here we are.

Picard is soon thrown back into the old world of intergalactic missions, when a girl lands at his doorstep. All nervous and panicky, the girl begs Picard to save her from people who are after her. Apart from the girl, another catalyst that motivates Picard’s return to the space politics is the death of Data. Picard still blames himself for Data’s sacrifice and holds the heavy guilt of the Romulan destruction in his heart.

‘Star Trek: Picard’ showcases a Federation with a tainted reputation, one which displays an isolationist attitude, in the wake of an underlying Romulan refugee crisis, which is the result of a supernova destroying their abode, in 2387. To get the Federation on the right track, Picard soon assembles a team for his mission, comprising Hugh, Agnes Jurati, Cristobal Rios, Raffi Musiker, and some more.

Star Trek: Picard Season 1 Release Date: When Will it Premiere?

‘Star Trek: Picard’ is set to premiere on January 23, 2020, on CBS All Access. The show consists of ten episodes of 45-50 minutes each. You can watch the weekly episodes on CBS.The show will release in the UK, 24 hours after its debut in the US, i.e. January 24, 2020. It will premiere on Amazon Prime Video.

The good news for the fans is that the show has already been renewed for a 10-episode second season.

Check out the official trailer of ‘Star Trek: Picard’ season 1!