Will There be a ‘Star Trek: Picard’ Season 2? 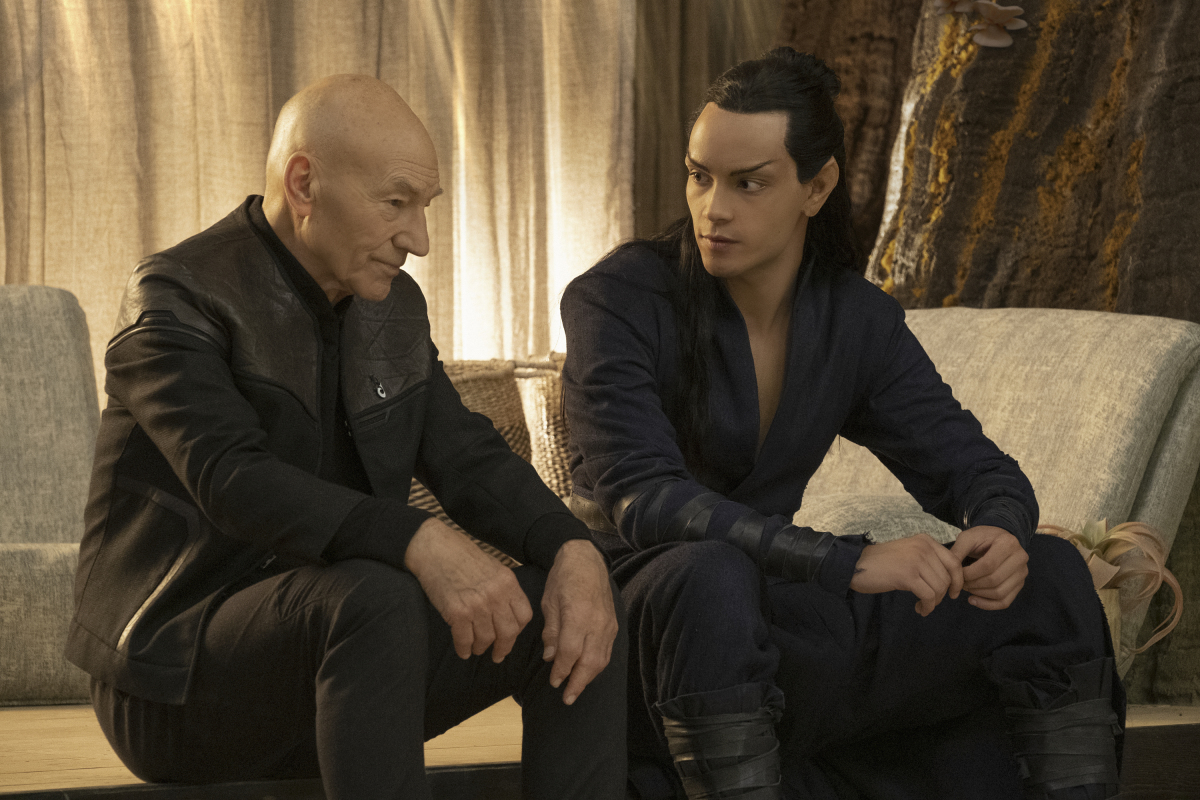 ‘Star Trek‘ fans have already fallen in love with how ‘Star Trek: Picard‘ has started. The crew of La Sirena has captured our attention and our affections. Delving into Picard’s twilight years, we’ve seen how he grapples with the Romulan empire, only to know that a bigger threat might be out there.

Season 1 is already a hit and the Rotten Tomatoes review reads “Anchored by the incomparable Patrick Stewart, Picard departs from standard Starfleet protocol with a slower serialized story, but like all great Star Trek, it tackles timely themes with grace and makes for an exciting push further into the final frontier”.

We already know that Season 2 has been greenlit by CBS All Access, and they’ve also started work on Season 3. However, there is no official confirmation about the latter. Before we get ahead of ourselves, regarding the future of ‘Star Trek: Picard’, let us tell you all we know about Season 2.

Star Trek: Picard Season 2 Release Date: When Will It Premiere?

‘Star Trek: Picard’ Season 1 started airing on January 23, 2020, and ran for 10 episodes, ending on March 26, 2020. There’s no need to worry since CBS All Access has already greenlit a second season, and considering the popularity and success of ‘Picard’, the network won’t be going back on its word.

Now that the wheels have been set in motion already, the question is when will the second season release. Due to the coronavirus pandemic, a lot of filming and production processes have been shut down. It is likely that this will affect the release schedule of the upcoming season. Thus, we should realistically expect ‘Star Trek: Picard’ season 2 to release sometime in Fall 2021.

Star Trek: Picard Cast: Who Can Be In It?

Among the cast members of ‘Star Trek: Picard’, we can be reasonably sure of Patrick Stewart returning to play the titular Jean-Luc Picard. Since Stewart has committed nearly three years to the spin-off, we are likely to see him in Season 3 as well. The season finale sees Picard dying, but managing to return, as his consciousness had been uploaded beforehand into a simulation.

Among other major cast members, we are likely to see Alison Pill as Dr. Agnes Jurati, Isa Briones as the androids Dahj and Soji, Evan Evagora as Elnor, Michelle Hurd as Raffi, and Harry Treadaway as Narek. We might see Jeri Ryan returning as Seven of Nine in Season 2. With Seven and Raffi romantically intertwining hands at the end of the season finale, we might see the former being bumped up as one of the main characters, rather than appearing as a recurring one. Similarly, Soji seems to have joined the La Sirena crew and will play a bigger part in the upcoming season.

Unfortunately, it seems like Peyton List’s character, Narissa will not be returning in Season 2, as the finale sees her plummeting to death after Seven delivers a swift kick. Brent Spiner is not likely to return either, as the episode finale witnesses Data’s demise.

One thing is for certain, Season 2 is also adding Whoopi Goldberg to the cast, in the role of Guinan. Stewart himself invited Golberg to join the cast, on her talk show, which she accepted. You can check out the tweet below, where we can see Stewart inviting Golberg.

.@SirPatStew officially invites @WhoopiGoldberg to join season two of #StarTrekPicard: “It was wonderful having you, and we cannot wait to have you with us again one more time.” https://t.co/f8u2wbJuik #StarTrek pic.twitter.com/mxOtyJxF63

Star Trek: Picard Plot: What Can It Be About?

Undoubtedly, the upcoming season of ‘Star Trek: Picard’ will pick the story up from where the finale leaves it. We see that Picard dies, but manages to come back, as the others have wisely transferred his consciousness to a simulation. However, he encounters Data there, who makes him promise to turn Data into a mortal. Picard does just that, and we witness Data’s life coming to an end. Thus, it is unlikely for us to see the sentient being, in the new season.

Similarly, Jurati changes sides and helps Picard out. She also assists in stopping the synths from taking over. Now, she’s back as a major part of the La Sirena crew. Speaking the crew, Soji is now an integral part as well. She’s formed a great bond with Picard, who teaches her the value of choice and pleads with her to ultimately save the day.

The episode’s end sees Soji wanting to travel, now that the ban on synths has been lifted, and Picard is all too happy to oblige. The upcoming season might see some romances bloom between Jurati and Rios, and Seven and Raffi. One thing is for certain, Soji has learned to trust Picard, and by extension, the Federation. It remains to be seen what adventures await this group, in their intergalactic journeys.

We know that Season 2 will see Picard and his crew in the 25th century, as he continues the adventures in the frontiers of space.

While we wait for the trailer of ‘Star Trek: Picard’ Season 2, which is expected to release later in 2020, you can check out the trailer for Season 1, below.