Star Wars: The Bad Batch Episode 13: What to Expect? 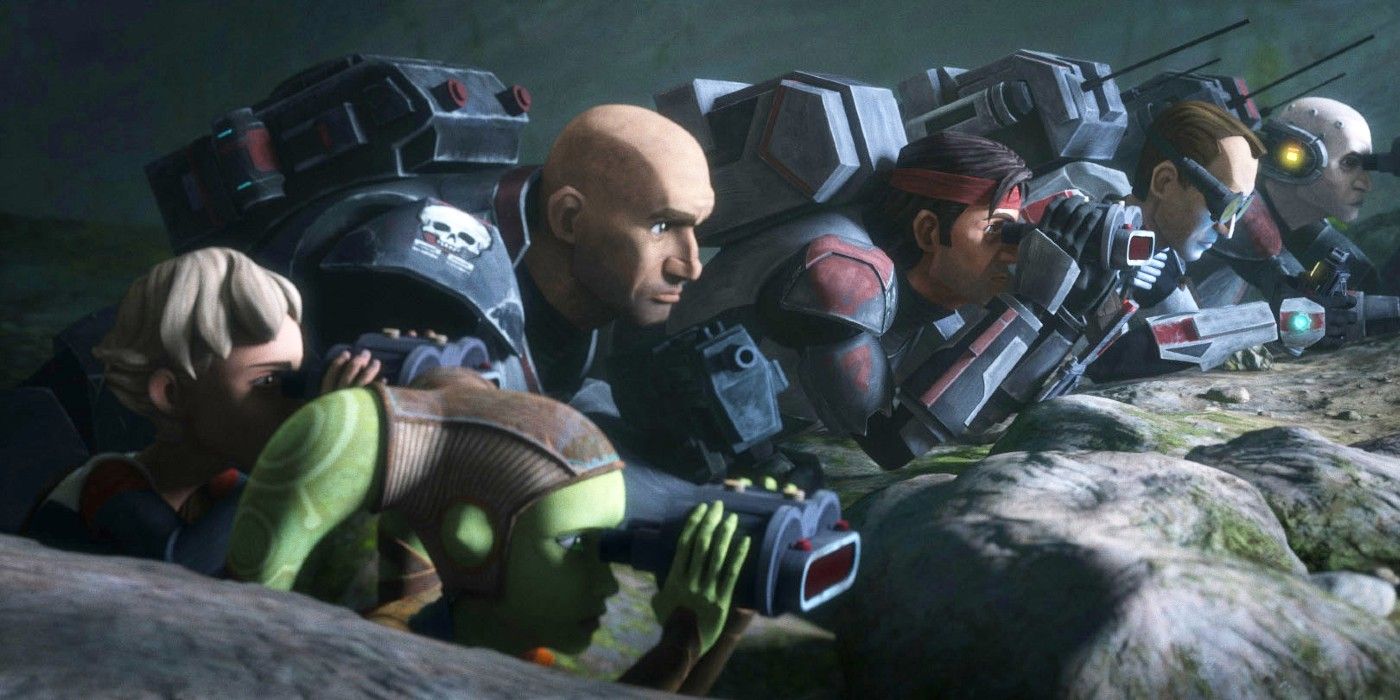 ‘Star Wars: The Bad Batch’ episode 12 picks up immediately after the previous episode’s events and follows the Clone Force 99 as they team up with Hera to rescue her parents. The episode is filled with classic ‘Star Wars‘ themes such as the cost of starting a rebellion and conformity. If you wish to catch up on the latest adventure of the titular space-faring mercenaries, you can head to the recap section. For those of you who are impatiently waiting for the next week’s episode, here’s a look at what’s in store for ‘Star Wars: The Bad Batch’ episode 13.

‘Star Wars: The Bad Batch’ episode 13 releases on July 23, 2021, at 3 am ET on Disney+. The debut season of the animated series comprises 16 episodes, and fresh episodes drop on the service every week, on Fridays.

Where to Stream Star Wars: The Bad Batch Episode 13 Online?

‘Star Wars: The Bad Batch’ is exclusively streaming on Disney+, and a subscription to the service is mandatory to watch the show. Episode 13 will become available to the subscribers starting from the aforementioned date and time on Disney+.

‘Star Wars: The Bad Batch’ episode 13 is titled ‘Infested’ and will likely see Crosshair carrying out a ruthless and all-out search operation for the Clone Force 99. It is plenty evident that Hunter can no longer choose to remain on the sidelines and must pick a side between the Empire and the slowly building resistance. However, his refusal to do so could prove fatal for any number of his crewmates/ family members. This paves the way for two possibilities in the upcoming episode. Firstly, Hunter could willingly do the Empire’s dirty bidding to ensure his family’s safety. Secondly, Crosshair could redeem himself by helping the Bad Batch escape the Empire’s clutches.

‘Rescue on Ryloth’ is the twelfth episode of ‘Star Wars: The Bad Batch.’ The episode opens with Hera contacting Omega and requesting help in saving her parents from the Empire. Omega wants to help, and Hunter reluctantly agrees. The Bad Batch meets up with Hera, and Hunter wishes to assess the situation before helping.

However, when the group is caught spying by a probing droid, Hunter contemplates abandoning the rescue mission. Omega insists on helping Hera, and the two quickly formulate a plan. Their plan is to attack the refinery and create a distraction so that others can enter the Capitol and rescue Hera’s parents. After a slight hiccup, the plan works, and the Imperial forces are drawn out by Hera, Omega, Tech, Wrecker, and Chopper.

Simultaneously, Hunter and Echo head to rescue Cham, Eleni, and other freedom fighters, but Crosshair has set up a trap for them. However, Imperial Clone Captain Howzer, who is sympathetic towards Cham and believes the Empire’s forceful occupation of planets is wrong, alerts the Bad Batch of the trap, and the group successfully escapes. Hunter refuses to accept the payment from Cham as well as the offer to help build a resistance against the Empire. The episode closes with Admiral Rampart giving Crosshair permission to hunt down the Bad Batch.