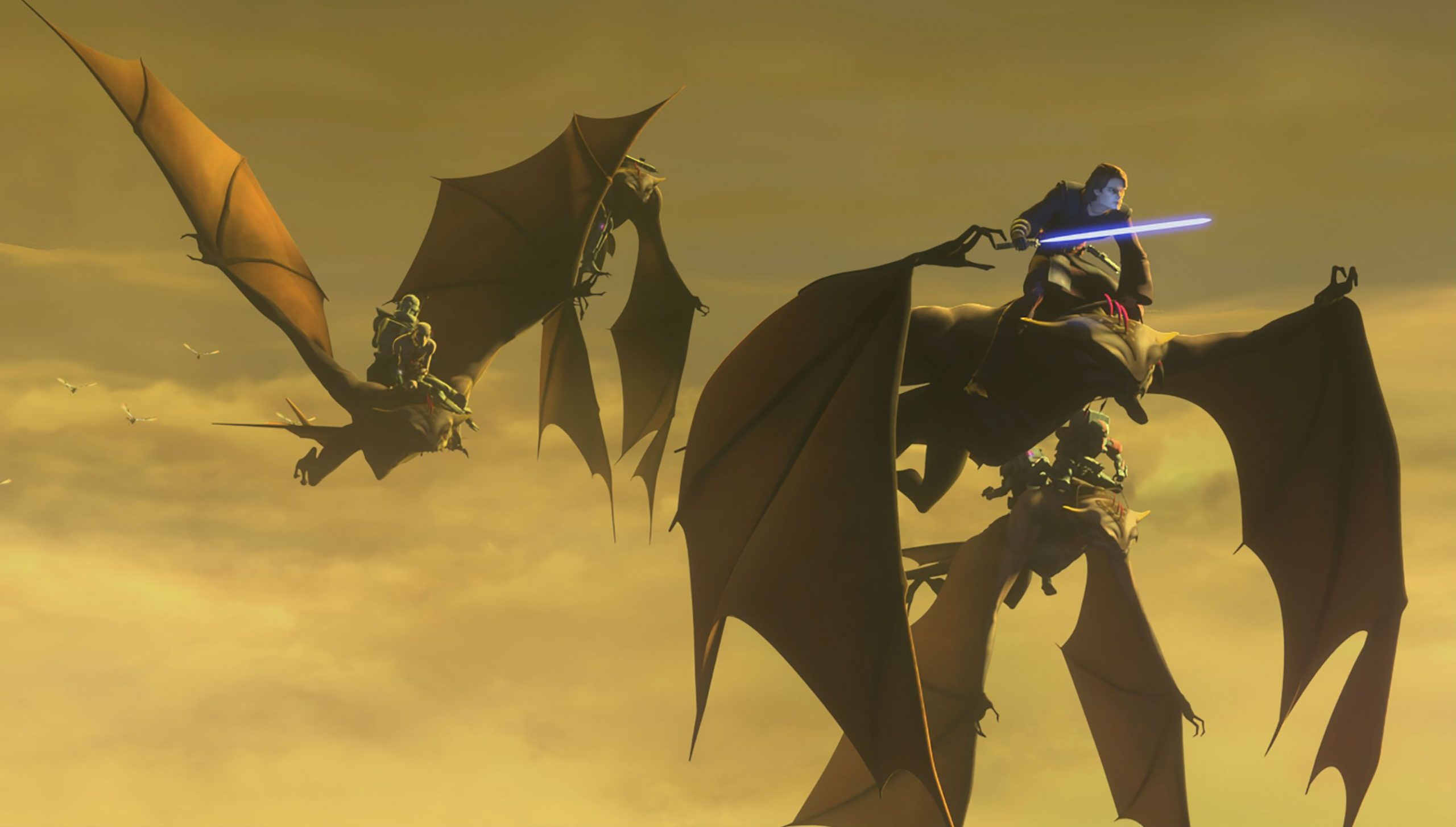 ‘Star Wars‘ fans are already in love with the new season of ‘Star Wars: The Clone Wars‘, that shows the inevitable battle heating up. Season 7 has had a strong start, introducing us to the Bad Batch, and almost immediately, taking us on an adventure, where the central characters try to free Echo.

Naturally, with their escape plan at a titillating spot, you might be wondering about what goes down in the latest episode. We are here to tell you that and walk you through when and where to watch the upcoming episode.

Star Wars: The Clone Wars Season 7 Episode 4 Release Date: When Will It Premiere?

Episode 3 does not do much for character development, but makes up for it, with a lot of action and an epic standoff. Last week’s episode sees Anakin and group managing to reach Echo. Now, they have to make their way out of the enemy base.

However, the Techno Union soldiers are in hot pursuit, and the boss, Wat Tambor, is not too happy at having lost Echo to Anakin’s side. We understand that years of research have gone into Echo, and he, in turn, has access to a wealth of information in the Union database. As the episode’s title suggests, part of the escape takes place on flying keeradaks, belonging to the natives.

In the attempt to stop the fleeing group, Tambor arranges for the deadly Decimator to be deployed. With the ability to cut through steel doors, and shoot arcs of electricity to kill all life forms, this is indeed a deadly enemy to face. Luckily, Anakin and the group make their escape before Decimator arrives.

Ultimately, the fleeing party arrives at Poletec village. This is where Tambor’s forces manage to catch up, and we have an intense face-off. Anakin is outstanding, using cool moves, his lightsaber, and the Force, to take down numerous enemies, including a massive droid.

The end of the episode sees Anakin and the clones departing, with Rex telling Echo it will be like old times. Meanwhile, Tambor plans to recuperate after the loss. We get the sense that he won’t let this slide, and plans on recouping on his investment.

It remains to be seen what this means for Echo, who, after years of torture, might now even be a sleeper agent for the Union. Only the upcoming episodes will tell us where this fascinating tale is headed.