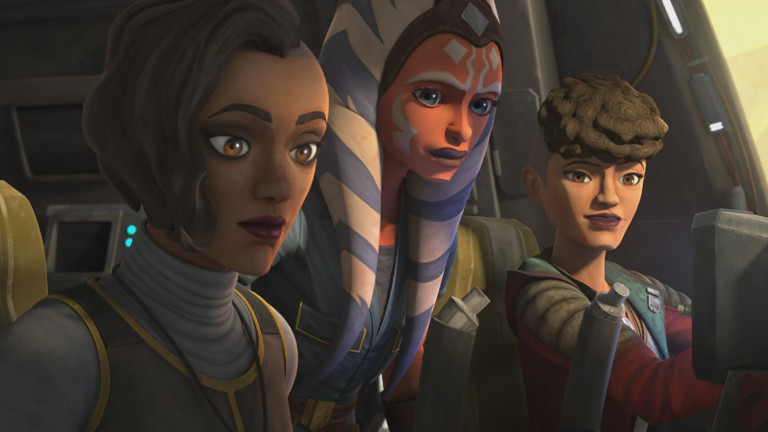 ‘Star Wars: The Clone Wars‘ is in its final season, and fans are loving the show’s new story arcs and animation. We have already finished the first arc, involving Echo. Now, in the second arc, we see Ahsoka, the formerly disgraced Jedi, embarking on her own adventures.

The last episode sees her helping two sisters out, and you might be wondering about what unfurls in the latest episode. We are here to tell you that and walk you through when and where to watch the upcoming episode.

Star Wars: The Clone Wars Season 7 Episode 7 Release Date: When Will It Premiere?

‘Star Wars: The Clone Wars’ Season 7 Episode 7 is slated to be released on Friday, April 3, 2020, at 12 am PT or 2 am CT or 3 am ET. Titled “Dangerous Debt”, the upcoming episode will see how Ahsoka and the Martez sisters try to escape the Pykes, who’ve held them captive.

The episode starts with Ahsoka and Trace talking to each other. The former Jedi is unwilling to speak of her past and says she graduated from Skywalker Academy, a trade school. Soon, Rafa enlists their help, to deliver precious cargo. Initially, the troubled sister is suspicious of Ahsoka’s decision to stay back, but she assures Rafa that she means to keep the sisters out of trouble.

They head to Kessel first, and we see Anakin senses Ahsoka’s presence, looking on with great disappointment. From Kessel, they head towards Oba Diah, to deal with the Pyke syndicate. However, there are some disagreements on the way, and Trace is afraid that the crime lords might seize her ship.

She goes ahead and does something very foolish. She dumps 30,000 credits worth of spice, from Kessel, into space. Now, the trio is faced with a different kind of problem. They have to keep the meeting with the Pykes, so Ahsoka hits upon a plan, involving a bit of trickery.

The idea is to use her Jedi mind powers to convince the Pykes that the boxes are actually filled with the promised spices. The deal almost goes off without a hitch. The trio is about to take off when the Pykes realize that they’ve been swindled. Immediately, they activate the tractor beam.

Trace’s ship, the Silver Angel, is soon surrounded by many of the Syndicate’s ships, as the episode comes to an end. Undoubtedly, Ahsoka will be using her Jedi powers to get the sisters out of the mess, in the upcoming episode.