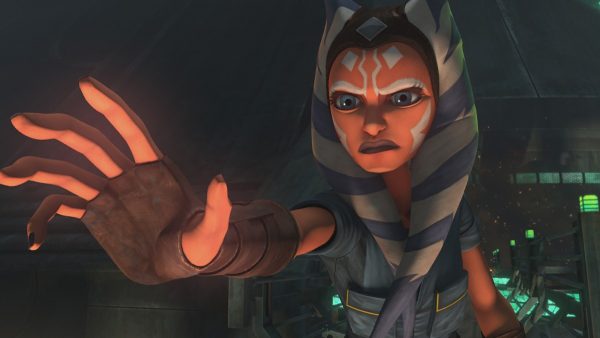 ‘Star Wars: The Clone Wars’ is having a fantastic seventh season. Even if you aren’t a ‘Star Wars’ fan, you’re bound to love the animation style, and the way the story is progressing in its narrative arcs. Up until now, we’ve seen how Anakin and the rest teamed up to save Echo.

It appears that jailbreaks might just be a common theme between the story arcs. The latest episode also promises an escape. It involves the former Jedi Ahsoka. Attempting to help two sisters close a deal, Ahsoka finds herself in a potentially dangerous situation.

Curious to find out what happens in the latest episode? We are here to give you the rundown and walk you through when and where to watch the upcoming episode.

Star Wars: The Clone Wars Season 7 Episode 8 Release Date: When Will It Premiere?

‘Star Wars: The Clone Wars’ Season 7 Episode 8 is slated to be released on Friday, April 10, 2020, at 12 am PT, or 2 am CT or 3 am ET. The upcoming episode is titled “Together Again”. We will witness Ahsoka bargaining for the sisters’ freedom while she makes a startling discovery.

The episode starts with the trio held captive by the Pykes. Rather than strategizing on ways to escape, the three bicker about whose faults resulted in their capture. Ahsoka’s Jedi idealism is part of the conversation. She soon learns how Rafa and Trace’s parents died.

It appears that a Jedi was responsible for their death, and the two were just collateral. Despite promising to look after Rafa and Trace, the Jedi didn’t do much, forcing the sisters to make their own rules. While Ahsoka realizes their struggles, Rafa is taken away by the Pykes to be tortured.

They don’t seem to be satisfied with her answers and return her to the cell. It is Trace’s turn to be interrogated. However, she’s more resistant and manages to get one of the blasters, causing a distraction. Ahsoka uses this chance to unlock the cell through Jedi mind powers.

A chase sequence follows, where Ahsoka uses her powers. We realize she’s both lucky and athletic. The escape plan attracts the attention of some Mandalorians, including the legendary Bo-Katan Kryze. He realizes that Ahsoka might be a valuable ally against Darth Maul.

As for now, the three are again captured and put back into their cells. As the episode ends, Ahsoka, Trace, and Rafa are still captives, but the path to freedom starts to become apparent. Undoubtedly, the upcoming episode will see them working towards a common goal.