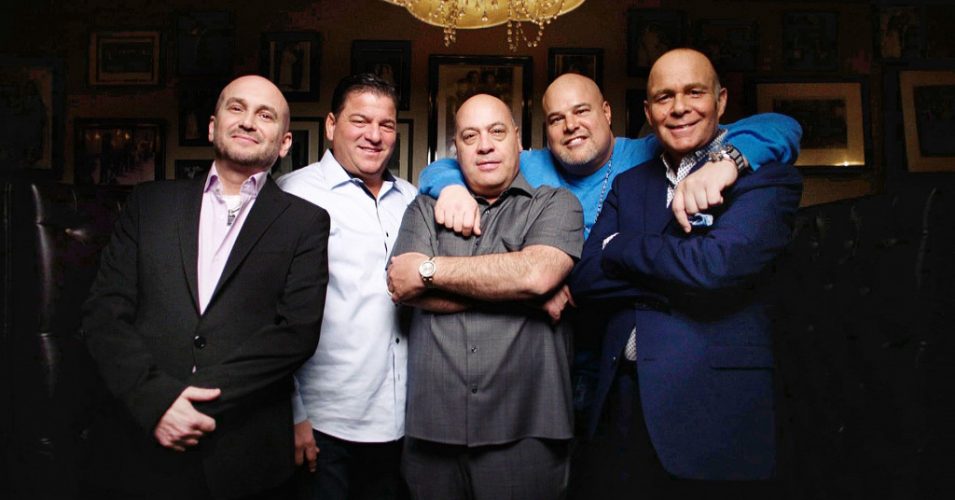 Staten Island Hustle is a new reality TV program that debuted on 11th April 2018 on CNBC Network. With Tony D., Mike Palmer, Dom Detore, Adolfo LaCola and Ron Montana as the central characters, the series chronicles around five business partners who are also friends running a sharp business as entrepreneurs. They invest in new products and ideas that are beyond the bounds of possibility. These self-taught businessmen have established their own business through their courage, hard work, and determination. They have proved to those people who think that to become an entrepreneur one has to be an MBA graduate. These five friends support each other and respect each other’s point of views, use their combined knowledge and make the right connections for their business. They know the drill and secret behind the success. Along with work, they also enjoy their lives as their ideas turn into reality.

Staten Island Hustle also shows their journey from how they became aspiring entrepreneurs to successful businessmen. “Our shows celebrate the hustle — plain and simple. No matter who you are, what you do, or where you’re from, it’s the drive to succeed that counts,” said Jim Ackerman, EVP, Primetime Alternative Programming, CNBC.

Staten Island Hustle Season 2 Cast: Who is in it?

Staten Island Hustle Season 2 Plot: What is it about?

In the first season, Ron decides to build a machine that can produce water in exactly the same way as New York City’s plant. His idea comes from New York dough that tastes excellent because of the water. His skills and ideas are put through a tough test while promoting the machine. He is also preoccupied with creating a home recycler that can turn cardboard into a toilet paper. After going through his idea, the guys become doubtful about the success of the product. The guys plan to invest their money in a safety phone for senior citizens, but they end up in a worse situation. Mike and Ron aim to develop a business in mobile rim repair. Adolf creates an airtight container named Humidor that keeps stored marijuana fresh for several weeks. Dom makes a deal with Janine’s dermatologist that gets him a profitable deal. In the next episode, the guys set up a new business of high-end cab services that serve only men. Janine holds a meatball competition to find out who makes the best meatballs. In the last episode, the guys built a suitcase that can hold as much as a checked bag.

Staten Island Hustle Season 2 Release Date: When will it premiere?

No official news has been released by CNBC about Staten Island Hustle Season 2. The death of Tony DeCicco who was amongst the five main leads of the show might mean the show will not return for another run. However, there is no confirmation from the network and until we know for sure, we can’t comment further. Stay tuned for more updates on the air date of season 2.

Staten Island Hustle Season 2 is yet to be renewed by CNBC Network so there is no promotional material for the second season released. For now, you can enjoy the first look of the season below.