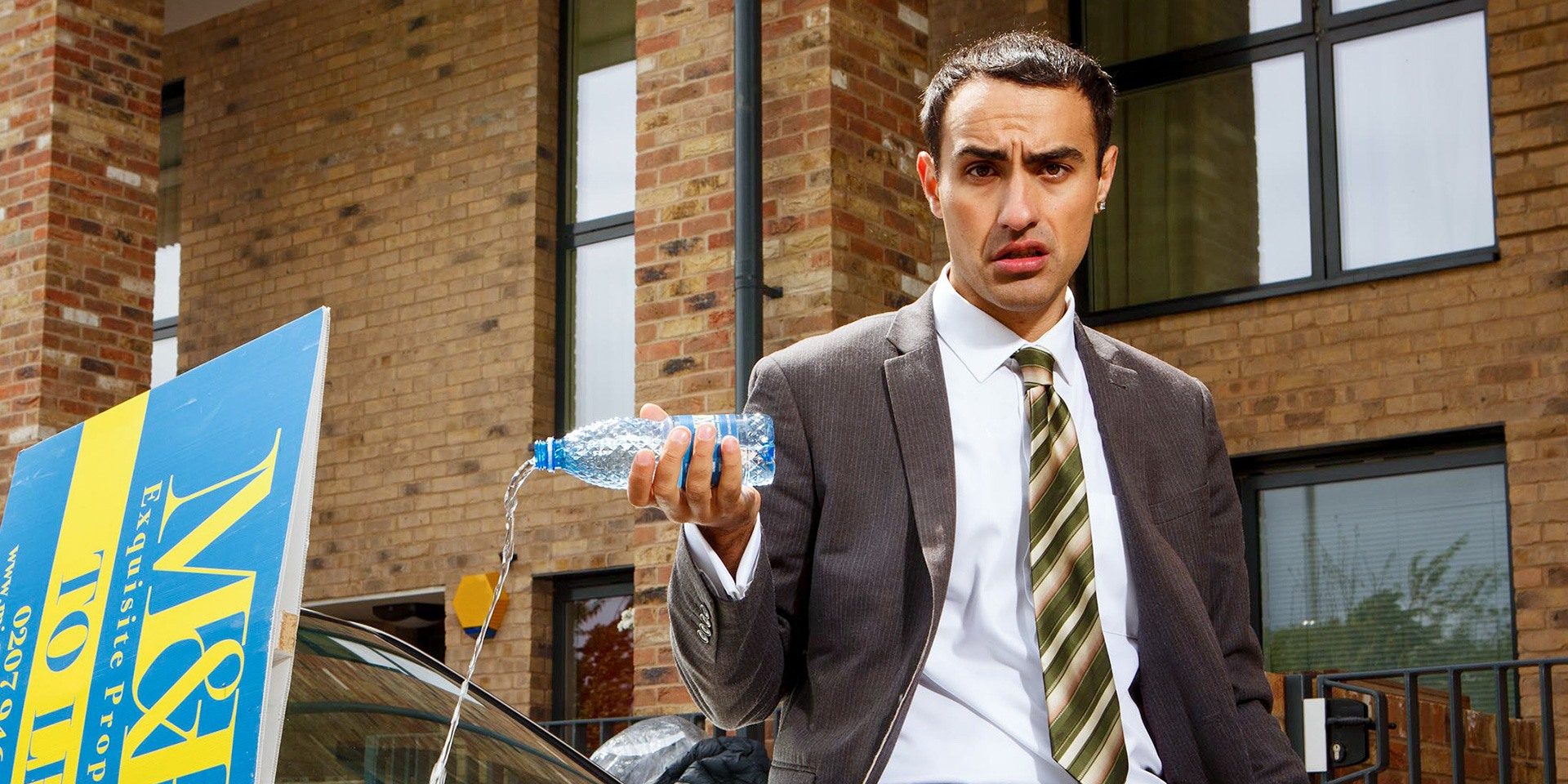 Envisioned and co-written by English comedian and screenwriter Jamie Demetriou, ‘Stath Lets Flats’ is a family workplace sitcom with its unique roving comedy and confusion brand. Stath, the titular protagonist, is a lousy letting agent at his father’s company. People’s initial reaction about Stath is that he sucks at the job and social situations in general. However, when we get past the early hiccups, the character, like the show, grows on us.

When he does not end up chewing on ice in office gatherings, Stath is not half bad. Following its initial release in June 2018, the show has spawned three seasons, getting warmer and fuzzier in the process. While the finale of the third season may feel definitive for some fans, many must still be wondering about the prospects of the fourth season. If you are wondering about the possibilities of the fourth installment, let us divulge what we know.

‘Stath Lets Flats’ season 3 premiered on October 26, 2021, on Channel 4, with the season finale being aired on November 30, 2021. The third outing packs six episodes with runtimes ranging between 22 and 25 minutes per episode.

Let us now get into the developmental prospects of a fourth season. It has not been long since the finale of season 3 landed. Devoid of any official announcement, we are left in the dark. However, the show has gathered a steady fan base over the years, and the characters have grown in the viewers’ minds through the seasons. Although the third season ups the ante by making the characters more lovable and grounded, it also concludes the story neatly.

However, sitcoms are a genre known for endless seasons, and this British sitcom also makes you laugh your hearts out for a refreshing change. However, the original network pulls the strings, but the vast popularity of the show indicates that they will only be too eager to issue another season. If the series is renewed by early 2022, we expect ‘Stath Lets Flats’ season 4 to premiere sometime in December 2022 or later.

Stath Lets Flats Season 4 Cast: Who can be in it?

If the show comes back for season 4, Jamie Demetriou should be back to essay the role of Stath. He is the creator and the comic driving force of the show, and without him, the flat-letting business would fall flat. We also expect the return of Natasia Demetriou in the role of Sophie Charalambos, alongside Katy Wix (Carole Collins), Al Roberts (Al Clerk), Kiell Smith-Bynoe (Dean Townsend), Christos Stergioglou (Vasos) and Ellie White (Katia) in their respective roles. There are high chances of several new comedy maestros coming on board for the fourth season.

Stath Lets Flats Season 4 Plot: What can it be About?

The finale of season 3 brings Stath to a crossroads and wraps things up neatly. With the new feeling of fatherhood and possible love interest, Stath can finally look forward to a stable life. The finale is bittersweet, as it chronicles a rift in the family. On the other hand, Stath’s father, Vasos, plans to sell the family business and move back to Cyprus after a new marriage. Consumed by the prospect, Stath’s sister, Sophie, also plans to leave the country. The penultimate shot of the season finale captures Stath in a state of tranquil delirium as his father’s wedding party unravels around him.

The celebratory finale of the third season seems final, and if the story takes the destined course, the fourth season seems less and less populated. With all the prominent characters leaving the country (and possibly the show), Stath will seemingly be left without a job, a family, or friends. However, the tenor may move its gaze inward to the ever-changing personal life of the central character.

The duties of fatherhood have already straightened out some of the rough edges of Stath. As the show moves forward, we may see Stath becoming more responsible in his life and mindful of social situations. Therefore, if the show’s creator and star seek to move the vehicle forward, nothing can stop him.

Read More: Is Stath Lets Flats based on A True Story?