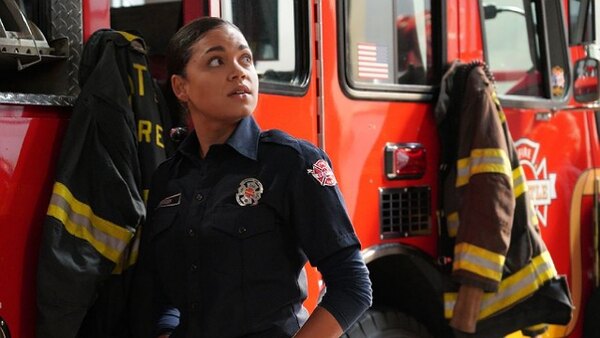 ‘Station 19‘ is the much-beloved spinoff to ‘Grey’s Anatomy‘. It focuses on a group of firefighters in the titular Station 19, as they go about their daily adventures. We are given a glimpse into their personal and professional lives, which are filled with drama.

In fact, the last episode sees the team scrambling to save the day, after a call to a bridal dress store turns out to be more serious than anticipated. Naturally, you might be wondering about what goes down in the latest episode. We are here to tell you that besides telling you about when and where you might watch the upcoming episode.

Station 19 Season 3 Episode 5 Release Date: When Does it Premiere?

‘Station 19’ Season 3 Episode 5 is slated to release on Thursday, February 20, 2020, at 8/7c on ABC. Titled, “Into the Woods”, we see Maya taking the team on a camping trip to boost morale. However, this does not go as planned. The crew has to save first-time campers after a bear attack. Meanwhile, Pruitt tries to repair his relationship with Andy.

You can check out the clip below, where the team has to cope with the aftermath of a bear attack, and the bear itself.

‘Station 19’ is an ABC series, so you can watch it with a cable connection. If you don’t have one, head to the ABC site to stream the episodes. Cord cutters can use Hulu, Direct TV or YouTube TV. If you want to watch the earlier seasons of the show, you can catch it on Fubo TV, or Amazon Prime, where subscribers can buy and stream the episodes.

The episode sees Jack sleeping with the wife of another firefighter. It means courting trouble, but he doesn’t care, because he doesn’t like himself enough. He also knows that they are both using each other. He wants to get over Maya, who is the captain now. Maya and Jack used to date, but she broke it off for her career, and even downplayed the thing, for her promotion.

Now that Maya is captain, she brings some radical changes to the station. She wants an ambulance patrolling high-risk areas while putting the team through a grueling 90-minute exercise. While they do it once, she makes them do it again, when Miller shows up. He missed the first drill because he is about to be a father. The teammates could not decide who to be mad at more, Miller or Maya.

As for Andy, she refuses to do the drill the second time. She receives support from her teammates as well, many of whom agree that Andy deserves to be captain because she was a lieutenant, a lot longer. However, the members try to stay on Maya’s good side, who wishes to stay on Fire Chief Dixon’s good side. The chief, an ex-policeman, does not really get the team dynamic of the firefighters and is more focused on publicity.

This forces Jack and Ben to go above and beyond for some foster kids. Ultimately, Jack and Andy have a heart to heart conversation at the end of the episode, and Andy considers if she should move in with Jack. It remains to be seen if they can both move past Maya, to find some peace.