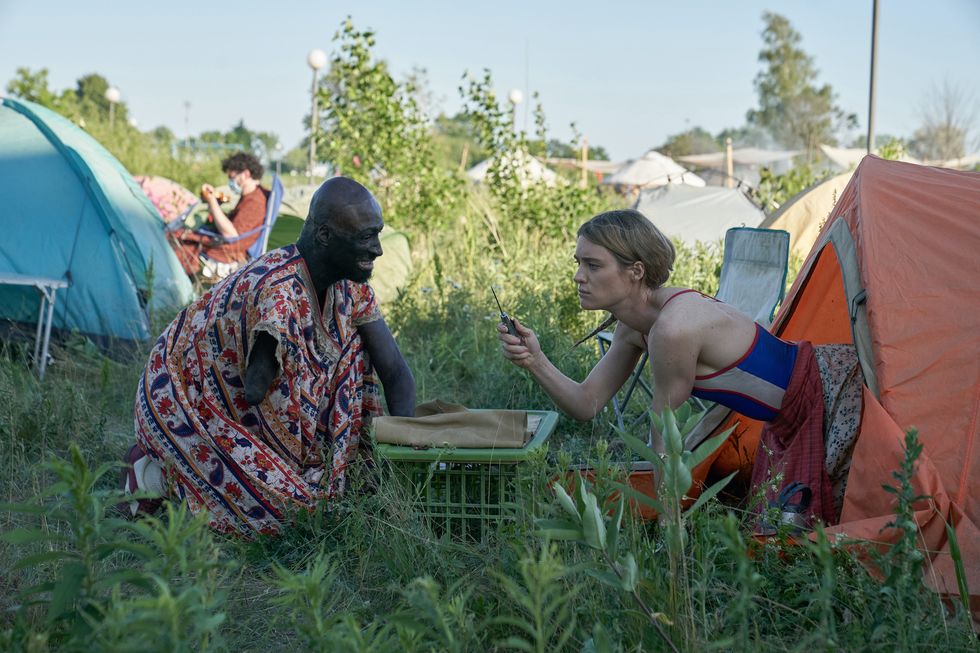 The multiple threads of ‘Station Eleven’ continue to reveal more of the world living in the throes of a global pandemic that has destroyed society. Miranda struggles with the news of Arthur’s death and seals herself inside her hotel room, staring at an imaginary spaceman in a golden suit. Twenty years on, the Travelling Symphony continues its tour, spreading joy and revelry. However, a pair of ominous men have also threatened Kirsten, saying that members of the troupe might start to disappear.

There is still a lot to uncover in the remarkable, decades-long tale of human perseverance, and we can also look forward to more details about the apocalyptic pandemic that causes the collapse of society. Curious about when the next episode comes out? You’re in luck! Here’s everything we know about ‘Station Eleven’ episode 4.

‘Station Eleven’ episode 4 is set to premiere on December 23, 2021, at 3 am ET on HBO Max. The first three episodes premiered simultaneously on December 16, 2021, on the streaming platform. All-new episodes of the miniseries release every Thursday.

‘Station Eleven’ episode 4 will be available exclusively on HBO Max. All-new episodes, as well as previously released episodes, are available on the streaming service.

Episode 4 is titled ‘Rosencrantz and Guildenstern,’ which refers to the roles that Arthur and his old friend, Clark, essayed in their younger days. As is the trend of the narrative, we might be taken back in time, and details of their friendship could be revealed. A future version of Clark can also appear in the upcoming episode, and we could see him and Miranda meet again after many years.

Kirsten and the Travelling Symphony’s story will also continue in episode 4, and we might see the troupe’s next few stops. The bearded man who threatened Kirsten might also make an appearance, and could even carry out his ominous plot of making members of the acting group disappear. It will also be interesting to see further details of how the post-apocalyptic society functions.

Lastly, the mysterious graphic novel written by Miranda, which shares its name with the show, will continue to be referenced. The upcoming episode could also tell us a little more about the story of the graphic novel and whether it has any parallels with the show’s storyline. The significance of the golden spaceman, seen at the end of episode 3, could also be revealed.