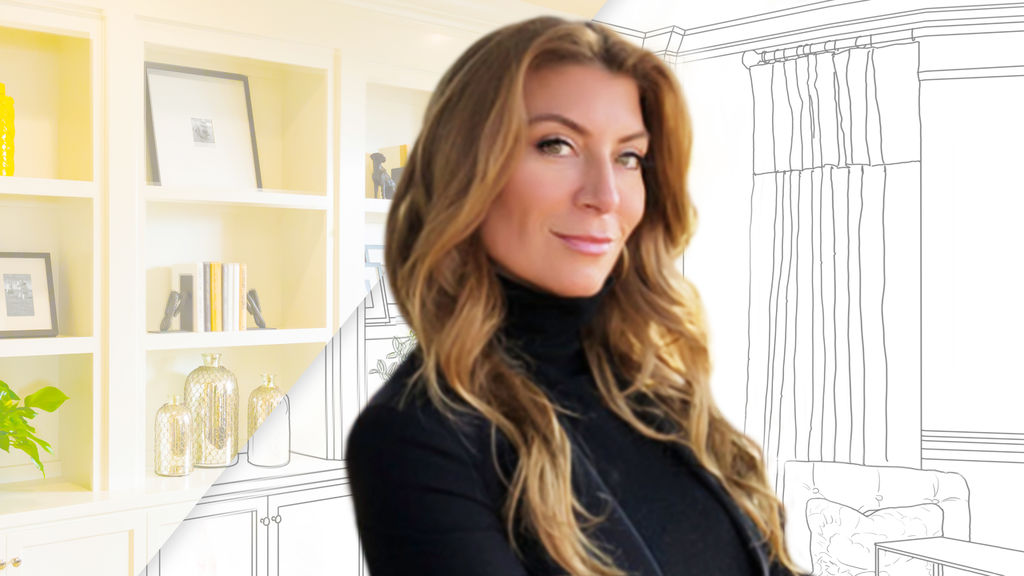 Stay Here is a reality television series which focuses on the many innovative ways of improving our homes. The first season consists of 8 episodes and premiered collectively on August 17, 2018, on Netflix. It features an interior designer who along with a real estate broker embarks on a journey of transforming rental homes into big moneymaking ventures. The duo travels to different parts of the country, visits unique properties and brings the property in the market. Genevieve Gorder renovates the property and adds features to make it look appealing for the guests. On the other hand, Peter Lorimer coaches the homeowners about pricing and branding. The format is very much related to numerous popular shows based on the makeover. If you are looking for a worthwhile real estate based show, then this is it!

The first season was quite well-received by its viewers. Among Netflix’s library of acclaimed reality shows like Meateater, Parts Unknown, Queer Eye Revival, and so on, Stay Here may also very well have found a place on people’s favourites lists. According to the show’s co-host Peter Lorimer, he was told by plenty of viewers about how his show helped them transform their homes into profitable assets. Here’s everything we know about Stay Here Season 2.

Who Are the Hosts of Stay Here?

As mentioned before, Genevieve Gorder and Peter Lorimer host the show together. Gorder is an interior designer while Lorimer is the real estate broker who provides valuable insight into the transformation of the properties. Gorder is a popular name, in reality, TV shows. She was the face of Genevieve’s Renovation, White House Christmas and Dear Genevieve on the HGTV cable channel. Also, before being known as a designer, Genevieve Gorder appeared as a commentator on Sex in the ’90s (MTV). She has also been nominated twice for Emmy Awards. Lorimer is the CEO as well as a broker who works behind PLG Estates situated in Beverly Hills, California. The various locations our hosts visit throughout the series are Seattle, Washington; Malibu, California; Austin, Texas; Brooklyn, New York; Paso Robles, California; Hudson, New York; Palm Springs, California and Washington, D.C.

Both Gorder and Lorimer are motivated by providing a memorable experience for their guests. They turn one-star stays into five-star luxurious homes and help short-term rental owners update their properties to increase their profits. It also helps them make their properties more competitive in today’s market.

What is Stay Here About?

As Stay Here begins, we see our star real estate broker and interior designer helping couples turn their homes into a Bed & Breakfast accommodation and thus generating revenue through it. As ot turns out, this model was kick-started by the online broker marketplace Airbnb. Couples in urban locations receive assistance from the very best in turning their old estates into optimal bed and breakfast accommodation for guests, thus, helping them turn a deadbeat into a moneymaking asset. This Netflix series showcases the challenges owners have to face in bringing the property up for business. They have to recreate innovative stuff found on Instagram and Pinterest such as vintage pieces, chunky knit blankets, antique boutiques, market amenities, fire pits and much more.

It is quite refreshing for reality show viewers as it adds a whole new dimension to these types of nonfiction shows. It also comes in the aftermath of numerous HGTV shows which focus on couples searching for their dream homes. Most importantly, the show revitalizes capitalism in a new way by fostering community relationships and boosting the short-term rental market. But if someone expects the show to go into the nuances of the stock market and the bigger picture of real estate development, then they are mistaken.

The show is described by Netflix as a “feel good” show. Try not to hope to discover details about diminishing lodging stock or stories about improvement in Stay Here. The show additionally presents an unsympathetic, quiet character: the impermanent rental market itself. It’s a power that has been said to authorize disparity crosswise over race and class lines, increment rental costs, and eat up lodging that could have gone to individuals needing someplace to live. The show is basically about making money; it’s about using a shared economy to counter the effects of rampant capitalism.

Stay Here Season 2 Release Date: When will it premiere?

Stay Here Season 1 premiered on August 17, 2018. Given the overall positive reaction to the first season, it is most likely that the show is going to return for another season. What’s more interesting is that Peter Lorimer tweeted on August 27, 2018, that they are “hopeful” for a second season. Given the recent success of Netflix’s other reality shows (Queer Eye, Sugar Rush, and Amazing Interiors), there’s a clear indication that these kinds of shows are gaining a dedicated fan base. So, it’s safe to say that Netflix will lean on the opportunity to serve the fans with new content.

Genevieve Gorder was busy with another round of Trading Spaces (TLC), and so it appeared that season 2 might start production in late 2019 at least, if not sooner. If the filming gets completed this year, one can expect that Stay Here season 2 will premiere in mid-2020.

While you are waiting for an official go-ahead from Netflix regarding season two, now is a good time to catch up all its episodes. Start with watching the trailer for season one below: