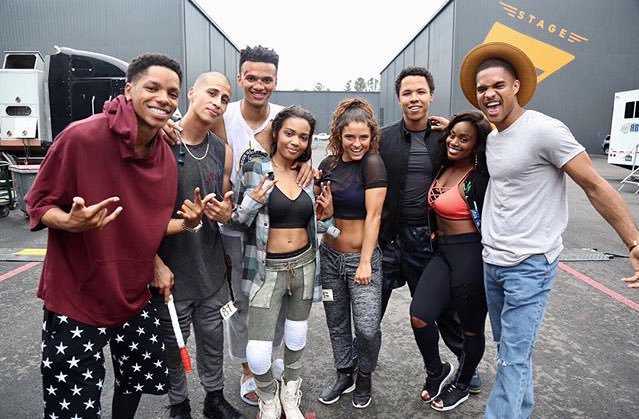 Step Up: High Water is an American web tv series, based on the cult Step Up films. The show is created by Holly Sorensen and first premiered on January 31, 2018 on YouTube Red. Sorensen also serves as an executive producer for the show alongside Channing Tatum and Jenna Dewan-Tatum. YouTube Premium, known as YouTube Red before has confirmed the renewal of the series for the second edition.

In June, 2016, YouTube, in order to compete with other streaming giants like Netflix and Hulu, made an announcement at the annual VidCon conference in Anaheim, California that they were developing a new drama series based on the Step Up film series with Lionsgate Television producing alongside. Next year, in June 2017, YouTube made an official announcement that they had ordered the first season of Step Up: High Water consisting of ten episodes, each running about 45 minutes in length. The expectations with the series went sky-high when it was revealed that each episode cost YouTube millions of dollars and that it will be the first truly big-budget series coming out of the house of YouTube.

Season 1 premiered in January, 2020 to lukewarm critical response, but audiences loved the show. On May 22, 2018, it was announced that YouTube had renewed the series for a second season.

Step Up: High Water Cast: Who’s in it?

Step Up: High Water Plot: What is it about?

Step Up: High Water revolves around a group of young dancers in an art school in Atlanta. Sage Odom is the founder of the contemporary art school who has a great legacy. Collette, a dancer, becomes the administrator of the school whose relationship with Sage remains under suspicion. She also has a lot of hidden motives which nobody is aware of. Twins, Janelle and Tal shift from Ohio to live with their uncle AI (Love). The twins face a lot of challenges as they try to accommodate in a new place, new school, and a new environment.

In an attempt to realize their dream, the twins get enrolled in Sage Odom’s dance school. They encounter roller-coaster emotions as they slowly try to settle themselves in the new school, which is known for hardcore competition when it comes to proving dance talent. The plot shows how the twins are desperate to tackle the chalenges and seize the opportunity given to them and make it big.

Overall, Step Up: High Water is about chasing your dreams and never giving up. Be it dancing or any ambition you might have, the idea is to keep trying. As Vareity critic Soniya Saraiya perfectly sums up in her review: :“Step Up: High Water does deliver the dance, in the form of yet another set of young, talented performers. But as an added bonus, it has also built a heartfelt premise for its two protagonists, twins Tal and Janelle Baker.”

Step Up: High Water Season 2 Release Date: When will it premiere?

The American dance drama series based on the hit film, Step Up Season 1 released on January 31, 2018, on YouTube Red (YouTube Premium now). In May, 2018, the show was renewed for a second season. After several months of wait, Season 2 finally arrived on screens on March 20, 2019. All the 10 episodes of the show were dropped on the same day.

Now the big question is will YouTube and the creators renew the show for a third season after two successful runs. We believe the show may not get renewed because of its high budget. We would be glad to be proven wrong, but it seems likely that YouTube might want to invest their money in a different idea. If the show does get renewed somehow, we expect Step Up High Water Season 3 to have a release date sometime in March, 2020. Let’s hope for the best!