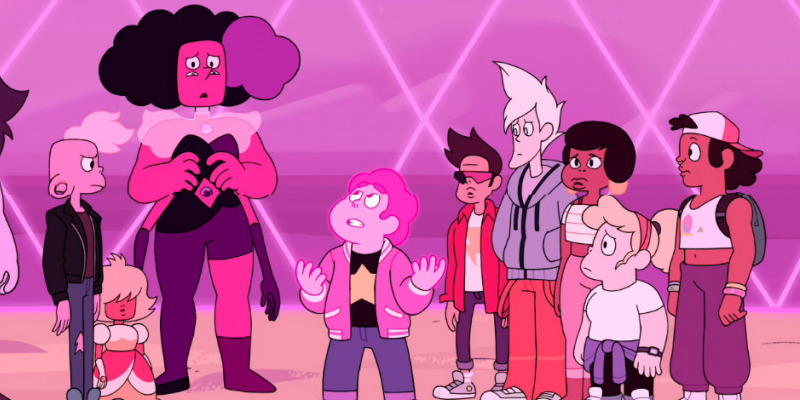 ‘Steven Universe Future’ is an animated sci-fi fantasy series that serves as an ultimate epilogue to ‘Steven Universe.’ Created by Rebecca Sugar, the show follows the life of Steven, a half-human and half-gem, as he embarks upon a journey to self-discovery after saving the Gem empire. Also known as ‘Steven Universe’ season 6, the limited series premiered on December 7, 2019.

It went on a hiatus on December 28, 2019, after airing ten episodes. With no direct enemy on their tail, and with no one to save, Steven and the Crystal Gems build Little Homeschool, a place where Gems and humans can co-exist. So far, the show has dealt with the aftermath of all the significant events that take place in the original series while also wrapping up the emotional arcs of the major characters, especially Steven.

In the last episode before the break, i.e., episode 10, we saw Steven, gradually drowning in anxiety while trying to find a new purpose in life. We have added a recap at the end, in case you want to jog your memories. Are you waiting to find out what happens in the ‘Steven Universe Future’ episode 11? Well, we are here to help you with that. Keep reading!

If you thought episode 10 was rough, wait till you watch the next one. Episode 11 is going to be supremely intense. There is a chance that we might see Steven having a total mental breakdown. His friends and family have been advising him to seek medical help, considering the fact that he is still haunted by past-trauma inflicted upon him by his mother. And things have only gotten worse since his friends have gone their separate ways and he has no one left to heal.

In episode 11, we can expect Connie to make a return. Steven is most likely to have an angry outburst because of all the bottled-up emotions, and it is also possible that he might finally end up visiting a therapist, or worse, a mental institution. There’s a slight possibility of him getting corrupt and turning evil. Will he follow in Pink Diamond’s steps and harm Connie? Who will heal the healer?

Check the promo of episode 11 below!

If you don’t have a cable subscription, you can stream past seasons of the show on Fubo TV, and Direct TV. Another way you can watch the show is by availing the VOD service on YouTube TV, or by purchasing the episodes on Amazon Prime.

The episode is titled ‘Prickly Pair.’

It follows Steven as he retires from Homeschool and finds a new hobby – Gardening. He ends up naming a cactus after himself. What begins with a harmless imitation, soon turns serious as Cactus Steven starts blurting out Steven’s internal thoughts back to him. A baffled Steven tries to shut it up by covering his mouth but ends up getting pricked by its thorns. Metaphorically, Cactus Steven keeps reminding Steven to get help from his friends before its too late, but Steven keeps rejecting the indirect pleas.

Steven has always given love and care to others, but never to himself. Fed up with hearing his suppressed feelings, Steven hugs the cactus and says, “I should have given you more of the love and kindness that you deserve.” Exactly, self-love is what Steven needs. But he doesn’t realize it, and therefore, Cactus Steven runs away and hurts everyone. Steven blames himself for it and decides he will never speak about his feelings again. The episode ends with Steven saying, “I think I’ve said enough…”