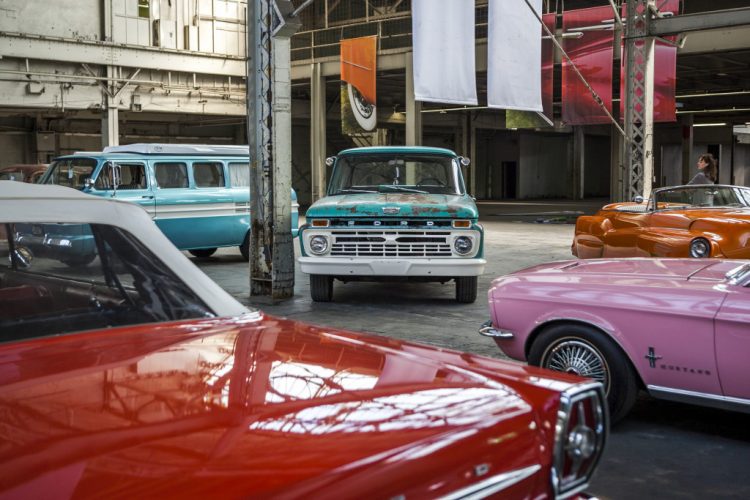 Sticker Shock is an American reality TV program that debuted on 30th April 2018. It chronicles around inspecting the condition and history of exclusive vehicles. They discover wide ranges of vehicles to roughly calculate their value that consist of classic to a rare four-wheeler. Some people might believe that rare and classic cars are priceless, but the car owners know the real sense of how much their cars are worth in Sticker Shock. This series is hosted by Dennis Pittsenbarger who is a self-professed big-time “car enthusiast” and a famous tv personality. The other team of the car professionals includes Randy Carlson, Todd Wertman, Addison Brown, and Nick Smith. They help Dennis to offer the expert eyes and critical reviews to calculate the value of the automobile. Sometimes, the worth of the car can be shocking whether it is a classic or a dilapidated car.

The series attempts to reveal the uniques rides, background stories, memories and more. The series also uncovers circling Indianapolis Motor Speedway and cross-country vacations. The hosts talk about the cars we have never heard of before to the most wanted and iconic cars and reveal the real value of cars. From souped-up hot rods to old pickup trucks, Dennis and his team figure out the worth of each of these cars.

Sticker Shock Season 2 Cast: Who is in it?

Randy Carlson is the main appraiser or car reviewer of this series. The previous season was presented by Dennis Pittsenbarger. Addison Brown serves as herself in the series. The other cast for this series includes Nick Smith and Todd Wertman.

Sticker Shock Season 2 Plot: What is it about?

In the first season, Dennis reviews the ratings of the six cars and talks to their owners about it. 1970 Dodger leaves R/T Mike Coffey shocked, and Todd Wertman is left speechless by Karen Campbell’s 1951 DIVCO milk truck. In the next episode, various car owners flaunt their cars including a highly modified 1962 Corvette, a dusty 1967 Camaro, and a loved 1973 Dodge Charger. Randy Carlson also checks one car among three Keller Super Chiefs. In the next episode, Nick Smith appraises a hot pink 1967 Ford Mustang and a 1981 Pontiac Bonneville Wagon. The series also features an imposing 1973 Cadillac El Dorado.

On the other hand, Randy Carlson appraises a 1986 Toyota Pickup that makes shocks its owner. Randy Carlson’s intellectual knowledge about extraordinary cars is put through a test by a 1961 Ford. Meanwhile, Todd Wertman examines a 1965 Ford. A 1957 Plymouth and a 1966 Chevy Corvette goes under examination. Randy unveils appraises the horror movie “Christine.” A 1929 Dodge hot rod is brought for inspection. The owner of the car thinks its worth is more than $200,000 but gets a huge shock in the end. On the other hand, Randy investigates a rare model of 1967 Mitsubishi De-Luxe. In the next episode, Addison appraises a drag-racing 1967 Chevelle and Randy reviews a unique 1955 Dodge Lancer.

Sticker Shock Season 2 Release Date: When will it premiere?

This series has gained rave reviews from critics and all car enthusiasts around the world have been welcoming of Sticker Shock. However, there is no word from Discovery on the air date of a possible season 2 whose renewal is pending as of now. Keep checking for updates on the new season or bookmark this article.

Watch the sneak peek video from season 1 below.