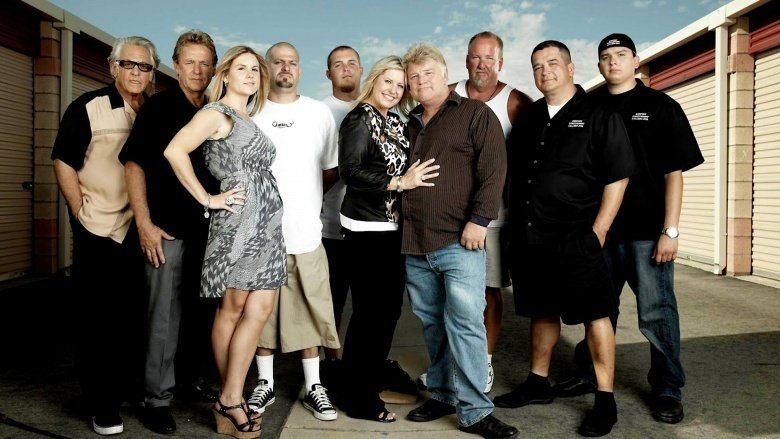 In ‘Storage Wars’ Season 12 finale, Darrell finds a portable ultrasound device that helps him make a good sum of money. North Long Beach turns out to be a tough place for the buyers as most of them fail to make as much money as they would have liked. In case you missed the previous episode because of some reason, we recommend you go through our detailed recap. Now that season 13 is about to release, let’s look at everything we know about the season premiere.

‘Storage Wars’ season 13 episode 1 will be available on A&E Network’s official website as soon as it is released. Fans can also stream season 13 on live streaming platforms like FuboTV, SlingTV, Philo, and DirecTV. One can purchase previous seasons of the reality television series and check for season 13’s availability on the following VOD platforms – iTunes, Amazon Prime, Microsoft Store, Google Play Store. ‘Storage Wars’ is also available on Peacock (season 2 to 10), Hulu (season 12), PlutoTV (seasons 1, 2, and 5), and Tubi (seasons 1 and 2).

‘Storage Wars’ season 13 episode 1 will give viewers a glimpse of the cut-throat competition in the world of storage auctions as rivals do their best to outsmart each other. The famous auctioneers Jarrod Schultz, Dan and Laura Dotson, Brandi Passante, Rene Nezhoda, Casey Nezhoda, Ivy Calvin, and Kenny Crossley are all set to return to try their luck in another season.

Barry Weiss, a fan favorite from the first four seasons of the series, is reportedly going to make a comeback after a six-year hiatus. Last seen on the show in 2015, Weiss left as he wanted to be around only as long as it was fun. But now that he has decided to come back again, viewers can expect his witty one-liners and intelligent choices at the auction block as the series returns for another exciting season.

Titled ‘Drama in the LBC,’ ‘Storage Wars’ season 12 finale captures Darrell and Dave’s argument over their lockers, as both of them believe they have a better one. Interestingly, Dave appears to enjoy similar debates as he also had a related altercation with Ivy in the episode ‘Om Sweet Om’ of the same season. Darrell finds a portable ultrasound machine in his locker and visits a vet to ensure if it works. It turns out that the device can still be used for diagnosing animals, and it will easily fetch him $1,000. Darrell is thrilled to learn that and ends up making a considerable profit.

At the same time, Jarrod and Brandi spend too much, and it appears that they may have made a huge mistake. But by the end of the episode, they prove that they have made the best investments so far as their profits soar. Although none of the buyers in North Long Beach end up earning as much as they would have liked, they do make a charitable contribution as the season concludes.

Read More: Are Jarrod and Brandi From Storage Wars Still Together?