When Does Straight Up Steve Austin Come Back on USA Network? 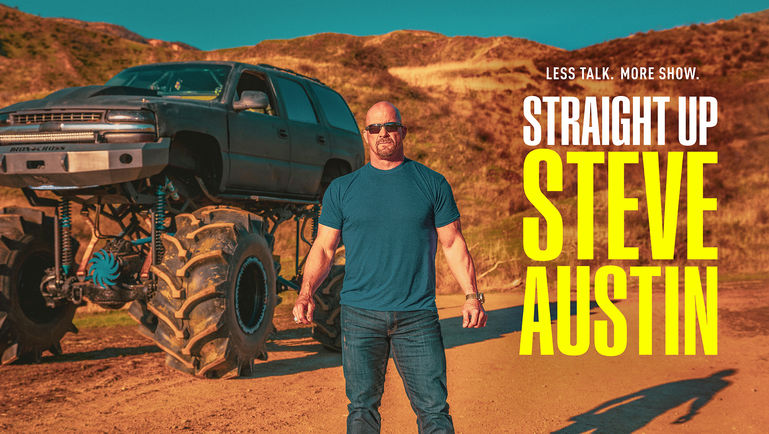 ‘Straight Up Steven Austin’ is an interview-style docuseries that is headlined by WWE star “Stone Cold” Steve Austin and features multiple celebrities holding discussions with the host. The show airs on USA Network and is produced by Wilshire Studios with Austin and Dave Barsky serving as the executive producers.

The show had a successful first season. Now the question is, will there be a ‘Straight Up Steven Austin’ season 2? Here’s everything we know about it.

Straight Up Steve Austin Season 2 Release Date: When will it premiere?

‘Straight Up Steve Austin’ was yet another addition to USA’s growing slate of unscripted programming, which includes ‘Chrisley Knows Best‘, ‘Growing Up Chrisley’, ‘The Radkes‘, ‘Miz & Mrs‘, ‘Temptation Island‘ and ‘The Biggest Loser‘. If you have watched any of these series, you will know that USA Network is serious when it comes to reality shows and each title has its own dedicated fanbase.

Hence, it didn’t come as a surprise when Straight Up received its second season renewal. Steve Austin confirmed the news on Stone Cold Podcast, saying:

“We’ll be heading back here [The Broken Skull Ranch] in about a day or two. To start work on projects, start work on Straight Up Steve Austin here in about a month and a half. I’m looking forward to this season, it will be season two. We will be travelling a bit across the United States of America. I’m sure we will be flying to some of those locations. I might just haul ass in my pickup truck, just to get some miles on that sum bi*ch. I’m thinking Straight Up will be airing in about August.”

So there you go. In the announcement itself, Austin has already [almost] confirmed that ‘Straight Up Steve Austin’ season 2 is slated to premiere sometime in August 2020.

Straight Up Steve Austin Cast: Who is the host? Who are the guests?

He was primarily in the limelight for his antihero image, which showcased him as a “brazen, vulgar, beer-drinking” defiant — a persona that led him to be named the “poster boy” during the Attitude Era (the late 1990s to early 2000s). Branded as one of the leading stars in WWE history, Austin even crossed the popularity of Hulk Hogan. Boasting 19 championships, he resigned from the ring after a serious neck injury and several knee injuries. In 2009, he was featured on the WWE Hall of Fame.

Austin has multiple acting credits on his resume as well, featuring in several films. But his weekly podcast, ‘The Steve Austin Show’ and its sequel ‘The Steve Austin Show – Unleashed!’ were his breakthrough titles as a host. Post this, he hosted the reality competition shows ‘Redneck Island’ and ‘Broken Skull Challenge’.

If season 2 is commissioned, we are definitely going to see Steve Austin return as host. The guest list has not been announced yet. We will add it to this section as and when we learn more.

What is Straight Up Steve Austin About?

‘Straight Up Steve Austin’ is a unique, interview-style, celebrity chat show, where the host and retired WWE star (Austin) has conversations with a guest. They tell stories about their individual experiences, spanning their personal lives and professional careers. Each episode also features custom-tailored adventures in multiple cities across America. Introducing a new interview format, the series has no studio, couches, or cue cards. We do, however, see recliners mounted on go-kart chassis as Austin and Baker Mayfield, in one of the episodes, race around the Cleveland Browns’ stadium. Yes, you guessed it right. It is all about having some fun and a good time.

In another episode, we see Rob Riggle crushing cars with a tank. Meanwhile, he discusses arriving at Ground Zero to offer his help after the terror attacks of September 11. Again, we witness Austin and Sal Vulcano speed boating and smashing beers with each other. Next, our host races muscle cars with Gabriel Iglesias and experiments with tools at Dale Earnhardt Jr.’s compound.

Each week on ‘Straight Up Austin Stevens’, we meet a new guest, with whom Austin engages in conversations and the pair together goes on different quests — ranging from riding ATVs to outdoor adventures such as hunting, shooting, and driving massive vehicles. Featuring prominent people from almost every field of entertainment, the reality show is definitely exciting and serves as a great slice of television.

It will be interesting to see what guests Austin brings in for the next season.

Check out the season 1 trailer below. You can also head to USA Network to catch up on all the previous episodes.