Will There be a Strange Angel Season 3? 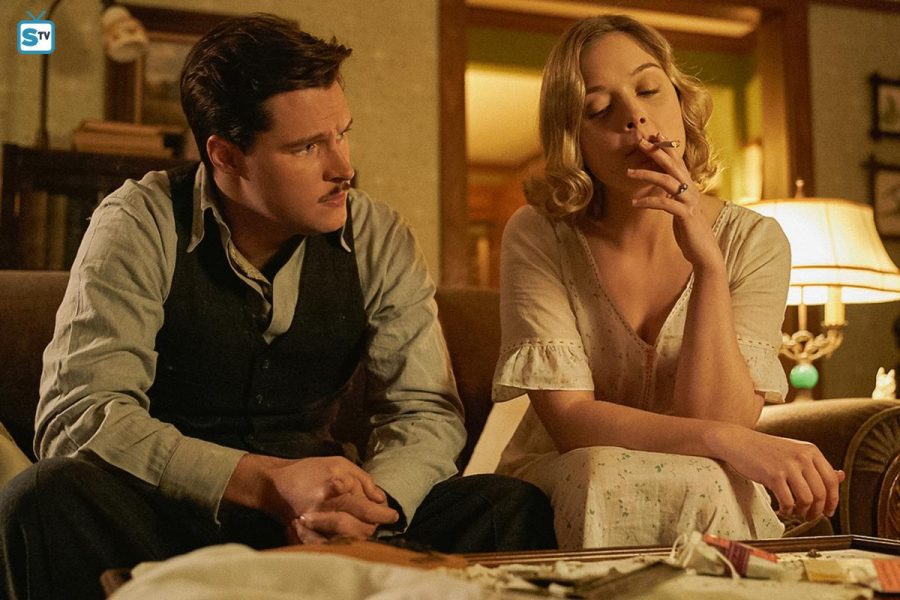 ‘Strange Angel’ is a period drama web series that is based on the biography titled ‘Strange Angel: The Otherworldly Life of Rocket Scientist John Whiteside Parsons’. The series has been created for television by Mark Heyman, who is best known for having worked with Darren Aronofsky. The show airs on CBS All Access and first premiered on June 14, 2018.

The story revolves around a rocket scientist based out of Los Angeles in the 1940s who secretly happens to be a disciple of the occultist Aleister Crowley. While the series adheres to science, we see the person at the center of it all lead a double life. His personal life is fueled by adherence to all things occult. Not only does this make the show a crazy amalgamation of mysticism and science, but it also tracks the rise of Crowley.

Critics have been more or less appreciative of the show, saying, “A beautiful slow burn, Strange Angel shoots for the stars, but gets a little lost in its own orbit.”

‘Strange Angel’, which has released two seasons to date, opened to mixed or average reviews from critics. But the question still remains: will there be a ‘Strange Angel’ season 3? Let’s find out.

Now, as far as the next season goes, we have bad news for the fans. In November 2019, CBS axed the show after two seasons. Julie McNamara, EVP of Original Content for CBS All Access, confirmed the news saying, “Strange Angel will not be returning for a third season. The series brought new meaning to the idea that the truth is stranger than fiction and we are incredibly thankful to the creative team of Mark Heyman, David DiGilio, Ridley Scott and David W. Zucker for their vision, as well as the fantastic cast for bringing the bizarre story of Jack Parsons to life.”

So there you go! ‘Strange Angel’ season 3 stands officially cancelled on CBS.

Strange Angel Cast: Who is in it?

The cast of ‘Strange Angel’ is led by Jack Reynor, who essays the role of Jack Parsons, the central character of the show. Bella Heathcote plays Susan Parsons. Rupert Friend portrays Ernest Donovon. The other members of the cast include Keye Chen as Gui Chiang, Zack Pearlman as Samson Hunt, Rade Serbedzija as Prof. Filip Mesulam, Peter Mark Kendall as Richard Onsted, and Greg Wise as Alfred Miller.

Angus Macfadyen, known for his roles in ‘Braveheart’ and ‘Equilibrium’,  joins the cast as Aleister Crowley. Notably, Michael Balin has appeared as Crowley in the previous season as a guest star.

Strange Angel Plot: What is it about?

‘Strange Angel’ is all about a blue-collar worker, Jack Reynor, of the 1930s in Los Angeles. He starts off his profession as a janitor in a small chemical factory. His fantasy-based dreams unknowingly lead to the conception of an undiscovered field in American Rocketry. In the guise of this fantasy, he is dragged into a mysterious space. This involves sex magic rituals in the dark hours. He also begins to follow an American occultist Aleister Crowley. Parsons incorporates Crowley’s preaching that focuses on self-actualization that helps him support his endeavors to the stars.

When the show introduces us to Parsons, we soon realize that his job as a janitor only hides the brilliant mind with its unutilized education and imagination. This is all put to use when he becomes the co-founder of, what eventually becomes in the modern-day NASA owned and federally funded, Jet Propulsion Laboratory, and the engineering corporation that merged in 2013, that is, Aerojet. However, we see Parsons straddle the world of science and occult at the same time since he pioneers America’s rocketry program while living by Crowley’s creed “Do what thou wilt shall be the whole of the Law.”

Season 1 ends with Parsons and his team from Caltech managing to make a significant breakthrough and securing a deal from the US military when the country is on the brink of war.

Season 2 begins at a time when the US was fully engaged in World War II. This not only transforms Parsons’ rocketry work into lucrative business but also entrenches him more and more within the military-industrial complex. At the same time that Jack’s career takes off, his and his wife’s devotion to the new occult religion continues to grow with all its sex magick rituals. This increasing devotion leads them to invite this sex cult into their Pasadena mansion. But this also means that Jack is now under more scrutiny.

By the end of the second season, Jack falls out of favor with the US military. Though, Jack’s power within the Agape rises to new heights; however, the arrival of a new prospective tenant at the Parsonage threatens to change all that.

You can check out the official season 2 trailer below to refresh your memories.