Stranger Things Season 4: Everything We Know 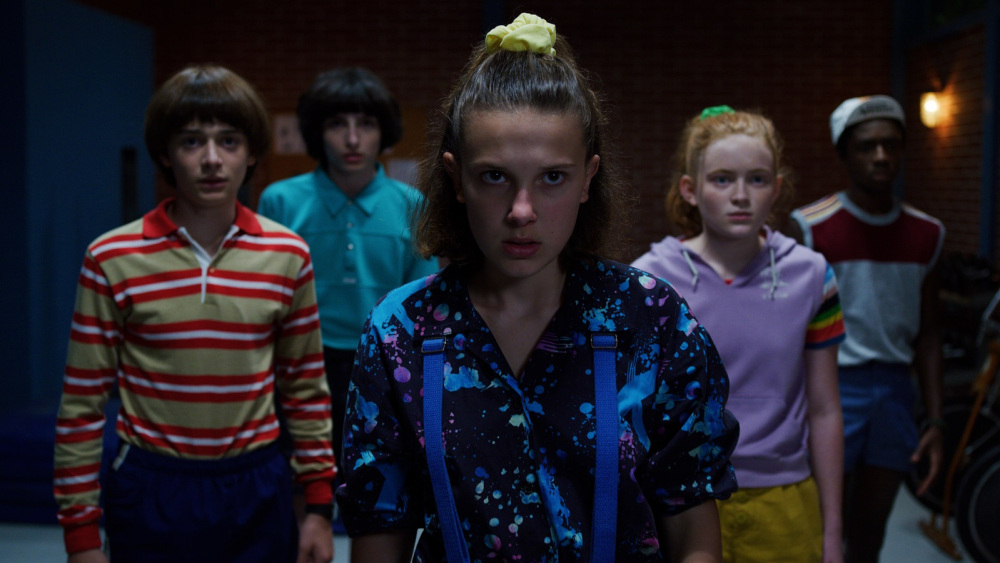 Netflix’s ‘Stranger Things’ is one of those shows that cast a spell on the audiences and completely hooks them in. It is a refreshing blend of 80s nostalgia, coupled with sci-fi tropes that leave a deep mark on the audiences. The show’s success is further proved by its history of nominations, including 39 Primetime Emmy Awards (six wins) and four Golden Globe Awards. Considered nothing less than a stroke of genius by the Duffel Brothers, the show has successfully spanned three seasons. If you are looking for details about season 4, we’ve got you covered!

‘Stranger Things’ season 3 released in its entirety on July 4, 2019, on Netflix. It comprises eight episodes with a runtime of 42-77 minutes each. Fans were stoked to be reunited with their favorite characters with another season haunted by the mysterious workings and monsters of the Upside Down.

meanwhile in the upside down… pic.twitter.com/BtPlMjy0pS

As far as the next season goes, we know that Netflix renewed the show for a fourth season on September 30, 2019. The network even released a teaser that momentarily got the people excited. However, the pandemic disrupted its production, which was resumed in October 2020. Fans were even more disappointed when Netflix did not release a new trailer for season 4 during Super Bowl 2021. This might imply that filming is still in the process. Considering these factors, we can expect ‘Stranger Things’ season 4 to release sometime in late 2021.

Stranger Things Season 4 Cast: Who can be in it?

‘Stranger Things’ stars Golden Globe winner Winona Ryder in the role of Joyce Byers – Will’s mother, while David Harbour stars as Jim Hopper, the chief of Hawkins Police Department. Hopper ends up becoming a foster father to Eleven. Millie Bobby Brown essays the role of Eleven, a girl with telepathic and telekinetic abilities who finds her way to Hawkins and befriends four local kids. Finn Wolfhard plays Mike Wheeler, an intelligent lad fiercely protective of his friends. Mike and Eleven are in love with each other.

Gaten Matarazzo portrays Dustin Henderson, a nerdy kid who eventually establishes a close friendship with Joe Keery’s Steve Harrington. Caleb McLaughlin plays Lucas Sinclair, who is initially mistrustful of Eleven, but later becomes her good friend. Noah Schnapp stars as Will Byers, who is abducted by a Demogorgon at the beginning of the show. Natalia Dyer plays Nancy Wheeler, Mike’s sister, while Charlie Heaton stars as Jonathan Byers. Sadie Sink plays Max Mayfield, who is later introduced to the gang.

All the main cast members are expected to return for the upcoming season. Dacre Montgomery, who plays Billy, won’t be returning as his character suffers a tragic death in season 3. Maya Hawke (Robin) and Priah Ferguson (Erica) will reprise their roles in season 4. The regular cast will also be joined by Brett Gelman (Murray; upgraded to a series regular in season 4), Jamie Campbell Bower (Peter), Eduardo Franco (Argyle), and Joseph Quinn (Eddie), among others.

Stranger Things Season 4 Plot: What can it be About?

Set in a fictional town named Hawkins, ‘Stranger Things’ kicks off with the disappearance of Will Byers, who is later discovered in an alternate dimension called the Upside Down. His friends chance upon a girl named Eleven, who has telepathic and psychokinetic abilities. She is the result of an experiment conducted upon her mother by the Hawkins Laboratory scientists. The show chronicles the lives of a group of kids – Will, Mike, Dustin, and Lucas – who, along with Eleven, are forced to embark upon dangerous adventures to save either their town or their loved ones.

In the third season, the kids of Hawkins become confident “almost-adults” who struggle with new developments in their emotional spectrum. There is a brand new mall in town, which exponentially ups the glamor quotient. But Hawkins is now tainted with the contagious darkness of the Upside Down as another round of chaos and danger threatens the town. Eleven and her friends team up again to not only survive but also celebrate their friendship.

Season 4 will most likely begin somewhere away from Hawkins because Joyce, her sons, and Eleven, have shifted base. Jonathan and Nancy’s relationship might further solidify into a long-term commitment, or will Steve enter the picture again? The Russians’ influence over the portal’s existence will be explained. There is also a possibility of the existence of more gateways linked to other worlds. Hopper’s back story will also unfurl and we might get to know the significance of the boxes labeled “dad,” “Vietnam,” and “New York,” that Eleven found in Hopper’s attic. Check out the teaser below!