Where to Stream Glass? 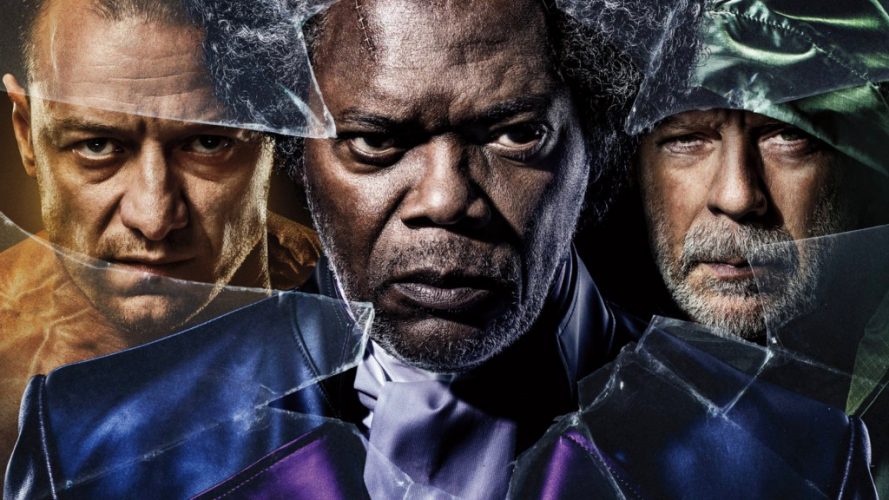 Superhero films usually mean MCU or DCEU, but there are films like ‘Glass’ that are pushing the boundaries of superhero genre. M. Night Shyamalan, known for making horror films like ‘The Sixth Sense’, is the director of ‘Glass’. For those of you who do not follow the director’s work closely, you might not be aware that this film is not just a crossover, but also a sequel to his two previous films, ‘Unbreakable’ and ‘Split’.

If you have watched both the films, then you must have been waiting for ‘Glass’ with eager anticipation as it completes the ‘Unbreakable’ trilogy. A lot of the cast members reprise their roles, and overall, M. Night Shyamalan has created a rather intricate universe which he brought to a conclusion in this movie.

Despite critics saying that the end is somewhat underwhelming or unsatisfying, you know you have to watch the third part if you have seen the other two, and even if you have not, I suggest you watch the trilogy to see how differently this director tackles the entire superhero genre and explores the various ramifications behind superpowers instead of just making light-hearted movies out of them. Before we get to where you can see ‘Glass’, let us tell you a little bit about the movie.

What is Glass About?

‘Glass’ begins 19 years after the crash in ‘Unbreakable’ and three weeks after the events of ‘The Horde’ in ‘Split’. David Dunn (Bruce Willis) is now a superhuman vigilante dubbed as the Overseer by the internet. Dunn and his son Joseph (Spencer Treat Clark) pursue Kevin Wendell Crumb (James McAvoy), a superhuman who has been dubbed the Horde by the internet. Crumb is called such, because of his dissociative identity disorder which has produced two dozen identities, who have captured three young girls.

When Dunn tracks down Crumb, he has to confront Kevin’s most dangerous personality, known as The Beast. This battle is interrupted by Dr. Ellie Staple (Sarah Paulson), who places both men in custody at the Raven Hill Memorial Mental Institute. Who else is there, but Dunn’s sworn enemy Elijah Price or Mr. Glass (Samuel L Jackson)? He was responsible for the train bombing in ‘Unbreakable’. Staple is convinced that she can prove that superhuman powers are basically delusions of grandeur and she has three days to do so. Thus she locks them in separate rooms, each equipped to contain these supposed superhumans. Dunn’s room has sprinklers because he believes water is his weakness, while Crumb’s room has hypnotic lights to trigger personality changes, and thus neutralize the Beast.

While they are imprisoned, Joseph, Elijah’s mother, and Casey (Anya Taylor-Joy), a girl who survived the Horde, visit. They are all convinced that these people have superpowers. Staple instead believes that Dunn merely hurt his head in the crash leading to delusions of grandeur while Crumb had a tough childhood with an abusive mother and an absentee father. Both individuals are thoroughly discouraged at this information being revealed, but Staple cannot move Mr. Glass, who seems sedated. Glass, who had faked this, breaks out but is discovered. Staple tries a lobotomy on him, but he had anticipated this and sabotaged the surgical laser. Thus, he breaks out again, and this time he allies himself with the Beast. In order to stop these two, David is forced to reembrace his superhero persona and give chase.

David and the Beast are evenly matched and face off in front of the institution when Elijah’s mother, Casey, Joseph, and Staple arrive on the scene. Glass tells Beast to use water on Dunn, but Joseph informs Crumb about the truth of his father’s life – he did not disappear, but was killed in the train bombing that Glass orchestrated. Though Crumb thanks Glass for letting his personalities loose, he kills the man painfully. Before the fight can go on much longer, Crumb is fatally shot by one of Staple’s snipers, and Dunn is drowned in a water-filled pothole.

This is where the director packs his best twist, as Staple informs the others that she is a part of a clandestine organization that kills superhumans and the organization has been doing so for millennia. The purpose is to maintain balance in human society and protect it from the tyranny of these people. Elijah dies, satisfied that superheroes exist. His satisfaction has another reason. Unbeknownst to Staple, he managed to send security footage of the entire incident to Mrs. Price, Joseph, and Casey, who reveal to the public the existence of superheroes. Thus we come to an end of M. Night Shyamalan’s masterful trilogy.

Now let us tell you where you can watch ‘Glass’.

Is Glass on Netflix?

Netflix has a fantastic library with something for everyone, but ‘Glass’ is not there yet. Don’t let this get you down. You can Netflix and chill with one of Shyamalan’s best works, ‘The Sixth Sense‘.

Is Glass on Hulu?

Hulu has a fantastic library, and the more I explore it, the more I fall in love with the content that they are putting out there. ‘Glass’ is not on Hulu yet, but if you want to see James McAvoy go through a similar split personality disorder and monstrous problems, then check out ‘Filth‘.

Is Glass on Amazon Prime?

Amazon Prime has one of the finest libraries out there and it can only be bested by Netflix perhaps. However, ‘Glass’ is not available for Prime subscribers as is. Does this mean you cannot watch it at all? Of course not. You can still stream it there, after buying or renting it. It costs $5.99 to rent and $19.99 to buy. Unless you are set on keeping it in your library, you should rent it. Check it out here.

Where Can I Stream Glass Online?

Is Glass on DVD or BluRay?

‘Glass’ is absolutely available on DVD and BluRay, and has been made available from April 16, 2019 onwards. You can order your copy of the movie here, and you are good to go.

Can I Watch Glass Online For Free?

Unfortunately, freeloaders cannot yet access ‘Glass’ for free through any legal means. However, you should wait until the movie is available on any of the platforms which have a free trial period.

Once again, we must urge viewers to pay for the art they consume.