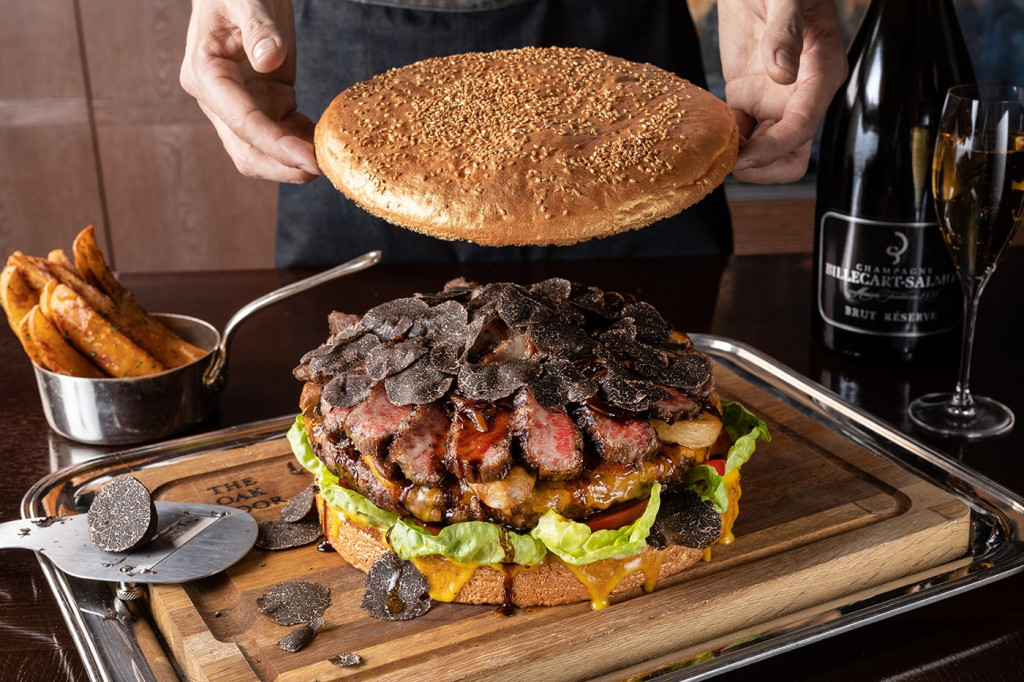 ‘Street Food‘ is a food web-series that airs on Netflix. And as the name suggests, the show takes us on a journey through the various different street foods available throughout the world. However, the first season of the show only concentrates on various street foods all across Asia. What is the most exciting part about the show, is that the makers of the amazing docuseries ‘Chef’s Table‘ are behind this series as well. And as per reports, the show takes us to nine different Asian countries which have a large array of street foods and will give us an intimate look into the cuisines, culture, and people of these countries.

The creator of ‘Chef’s Table’, David Gelb is the co-executive producer of ‘Street Food’ along with Brian McGinn, Andrew Fried, and Dane Lillegard. And this time, we are not be made privy to how high-end restaurants work with their great decor and surgically precise cooking. Here, what matters is the popularity and low-in-price-but-authentic-in-taste food which attracts thousands of people to street food stalls every day. During its run, the show takes us through nine different countries and is thus divided into nine episodes. Netflix is surely bringing out some great food shows and ‘Street Food’ will be another unique addition to its collection after ‘Salt, Fat, and Acid’, ‘The Big British Bake-off’ and ‘Chef’s Table’

Street Food Cast: Who is in it?

What is exciting about the show is that not only new cities are covered in every episodes of the show but also we get to meet some of the finest cooks who have and always will remain unsung heroes. One such chef who is featured on the show Supinya Junsuta who owns a small eatery called Raan Jay Fai in Bangkok. She is among the few street food sellers in the world and the only one in Thailand who has been awarded a star in the first-ever Michelin Guide published for Bangkok.

Junsuta is famous for her crab omelet which has caught the fantasies of many street food lovers. After the guide was released, Junsuta’s popularity grew tenfold and now customers have to wait in line for hours to get a seat at her famous eatery. India-born chef Gaggan Anand, who has been featured in the show ‘Chef’s Table‘, has also lauded Raan Jay Fai, saying, “Street food has evolved and improved so much that Michelin judges had to pay more attention to this. We have more than a hundred Jay Fais in Bangkok. But she became so famous that she called their attention because of her great job.”

Hopefully in the upcoming seasons, cities like China’s Shanghai and India’s Mumbai and Kolkata that have thriving street food scene can be featured in the show.

Street Food Plot: What is it about?

Street food is something which grows up with a city and the changes which slowly and steadily come into every culture. Authentic street food of a place gives us an understanding of its culture, the people, and its history. So, this show is not just about food, but about the people and the place itself. The official statement by the showrunners says that the viewers will be taken to “some of the world’s most vibrant cities to explore the rich culture of street food all over the globe, from the hawker stalls of Singapore to the food carts of India, with the stories of perseverance and culture that bring life to each country’s cuisine.”

The most unique thing about having a show on street food is, that people flock around these shops only because of the food and nothing else. There is no status quo to be maintained, and the only thing which draws the customers is just the love for the product. This show offers us a peek into the rich cultures of Asian street food, from Hong Kong to India to Bangkok. The show is all about vibrant culture of street food, amazing people and the love for food which forms a universal bonding across region, religion, color or creed.

One of the best food shows of recent past, ‘Chef’s Table’, has also been a culturally encompassing show, with food from different cuisines across the world finding a place here. Along with the food, we get to know the stories of the chefs, how they operate, how long their shops have been in business, whether it is a traditional family business or a new business venture, and many more. We get to experience food from different parts of the world, and we see how good food crosses the boundaries that exist between human beings. There is an episode on a British-Indian chef Asma Khan, who has a hugely popular restaurant in London, ‘The Darjeeling Express’. Here she bonds with her guests over cups of chai and authentic food from Calcutta where she grew up. The guests embrace her warmth and the stories she has to tell about the food they’ve just ordered. It is simply a beautiful experience.

Season 1 of the show premiered on April 26, 2019 on Netflix. All the 10 episodes were released together. As far as the next season goes, we don’t have an official announcement yet. Though considering Chef’s Table has seen several seasons till now, we expect the same with Street Food. Our best guess is that if the show does get renewed, Street Food season 2 can release sometime in October 2019. We will update this section as soon as we hear more.