When Will Street Outlaws Season 15 Premiere on Discovery? 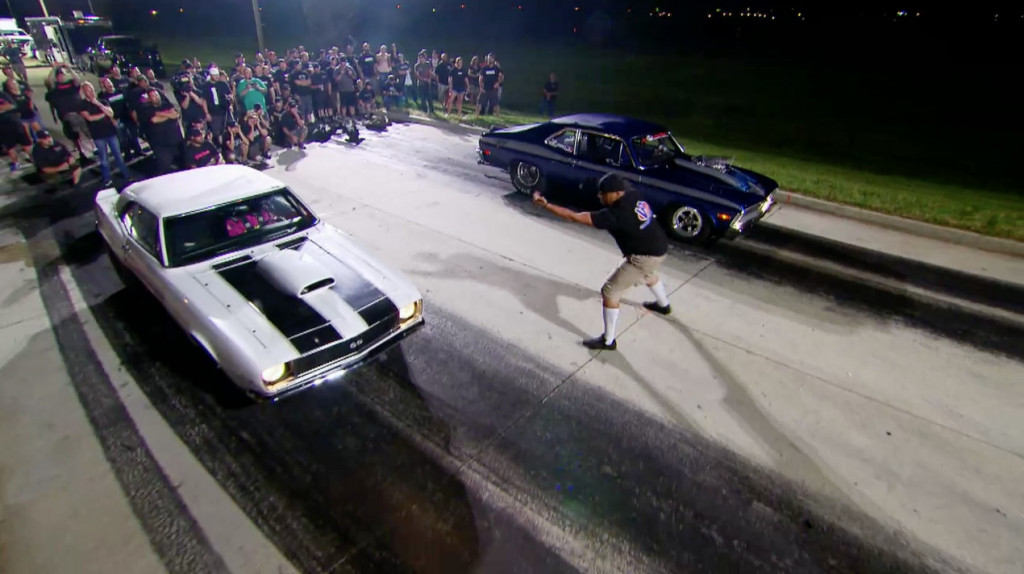 ‘Street Outlaws’ is an American reality show which originally released on June 10, 2013, on the Discovery Channel. The series gives an inside look into the hidden world of American street racing. Owing to the immense popularity of the show, ‘Street Outlaws’ has given birth to several spinoffs — notably Street Outlaws: Memphis and Street Outlaws: No Prep Kings.

Street Outlaws Cast: Who is in it?

The cast of the show includes some of the prominent names in the world of mad street racing. You may have already heard of names such as Murder Nova, Dominator, Big Chief, Farm Truck, Kamikaze, Chuck, Monza, Daddy Dave, Doc, and AZN.

Big Chief is perhaps the most renowned name, not only in ‘Street Outlaws’ but also in the realm of street racing itself. A fan of this adrenaline-packed game since he was nine years old, his real name is Justin Shearer and he plays the prominent role of whose name enters the racing lists on the show.

Farm Truck aka Sean Whitley is someone whose name is engrained in the hearts and minds of racing fans. His name is adapted from the1970 C-10 Chevy Pickup which he rides in his races. His trusted partner is AZN and they were introduced when racing in the street of 405 and have been close pals ever since. AZN’s real name is Jeff Bonnett and he drives a 1966 VW Bug named ‘The Dung Beetle’.

Kamikaze (actual name – Chris) is an old friend of Big Chief and is the son of another individual, interested in racing cars and boats. He used to ride bikes from a young age but took up car racing later. His four-wheeler is named ‘El Camino’. Chuck Seitsinger is another cast member and he owns the 1989 Ford fox body Mustang called ‘Deathtrap.’

Monza aka Jerry Johnston, another popular outlaw, drives a Chevrolet Camaro, named ‘Sinister Split Bumper.’ Next comes Daddy Dave (David Comstock), another notable name in the streets of Oklahoma. He has been in this love relationship with mean cars from the time he was 16.

Additional names that have been introduced across the seasons include Shane, Jeremy, Derek, Dustin Bowen, BoostedGT, The Reaper (James Goad), Andrade Jr., and Tina Pierce.

Most of the aforementioned cast members are expected to return for season 15.

What is Street Outlaws About?

‘Street Outlaws’ plunges deep into the fast-paced, hidden world of illegal street racing. These racers with unparalleled competitive driving skills, who drive the fastest, meanest cars in America, battle each other to make it to the top positions on the racers’ list. Battling legal issues, which seem to pose no barrier to the participants, the docu-reality show also offers a real-time view of how the filming takes place behind the camera lens. Yes, you get to see the actions of your favorite protagonists on the road as well as behind the scenes.

In many of the cities featured in the series, street racing has a cult following. In fact, this dangerous passion takes the first place as the favorite hobby among the male population in several cities of the United States. Showcasing their top-notch vehicles and competing with each other in the gripping race, these guys offer us a glimpse into an adrenaline-packed experience, making ‘Street Outlaws’ one of the extremely hit, longest-running American reality shows on TV.

In season 14, we follow the racers as they tackle some of the toughest racing tracks across the US. In one episode, an intense battle becomes even more complicated when the drivers contemplate on how to tackle the “mile high” altitude at Colorado’s Bandimere Speedway. The racers then arrive to participate in the seventh race at Summit Motorsports Park in Ohio. Ryan Martin is hell-bent on winning the No Prep Kings championship in order to pocket the $100,000 prize. Next, we follow the drivers as they get ready to battle it out on the season’s final two races. Just ahead of another championship, Ryan feels the pressure. Finally, toward the end of the season, Ryan almost tops the final event by scoring the highest rank on the leaderboard and with each double-point round, he needs to ensure that the NPK trophy does not slip away for the third time.

Season 15, when it premieres, is expected to follow the racers as they engage in a set of other adrenaline-rushing races.

Street Outlaws Season 15 Release Date: When will it premiere?

‘Street Outlaws’ season 14 premiered on October 7, 2019, on Discovery Channel. After airing for nine episodes, it wrapped up on December 2, 2019.

Ranked as Discovery’s #1 unscripted series, ‘Street Outlaws’ continues to top charts, in spite of the fact that street racing itself doesn’t hold a firm legal status. With a huge fan base, ‘Street Outlaws’ is expected to continue for several more seasons.

We do not have an official update on a renewal yet. But considering its popularity, we would not be surprised if it gets renewed for yet another season. If things go according to plan, ‘Street Outlaws’ season 15 would most likely premiere sometime in March 2020 — considering the fact that the show has been releasing 2-3 seasons every year, since its launch in 2013.

There is no official trailer of the show. However, you can catch a glimpse of the clips of the show here.