When Will Strike Back Return to Cinemax? 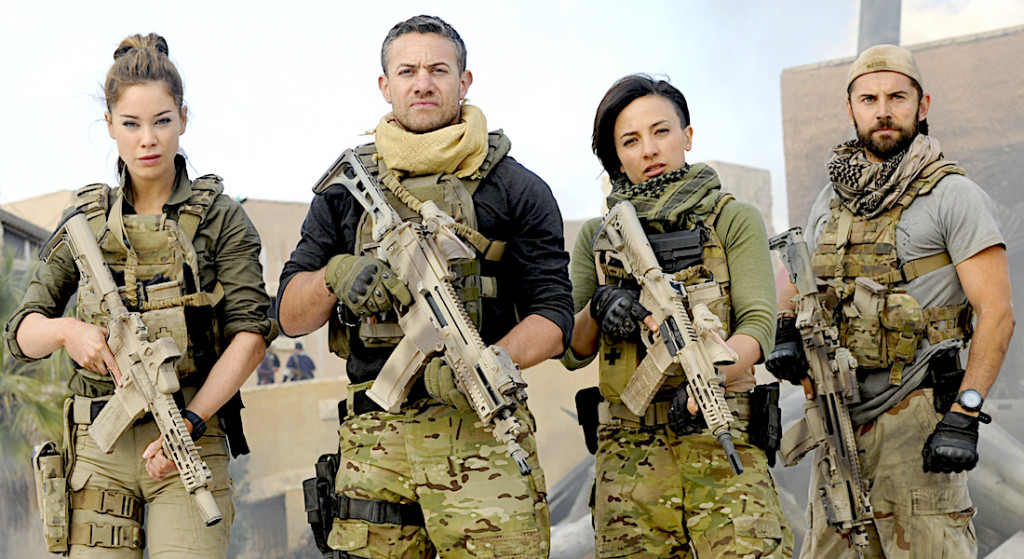 ‘Strike Back’ is a British and American action-adventure and spy-drama that airs on Sky One in the UK and Cinemax in the USA. The show’s first season premiered on May 5, 2010, in the United Kingdom. The series is based on a novel of the same name by Chris Ryan who used to be a former Special Air Services (SAS) soldier.

It follows the actions of Section 20 which is a special branch of the British Defence Intelligence service that operates high risk and high priority missions all across the globe. It is an action-packed series that leaves you energized and refreshed. The storyline is quite different from a formulaic spy-drama and has a freshness to it.

After seven successful seasons, the show was renewed for an eighth and final season. Here’s everything we know about Strike Back Season 8.

Strike Back Cast: Who is in it?

Over the seasons, ‘Strike Back’ has seen several changes in the cast. This is primarily due to the format of the show that follows different teams of the special branch as they travel around the world handling global catastrophes. However, the recent seasons have seen consistency in the cast.

Season 8 has been confirmed to feature all of the aforementioned lead cast, returning to reprise their original roles.

Strike Back Plot: What is it about?

Every season of the series features a new threat to world peace and the agents of Section 20 are called to the rescue. The personnel selflessly carry out high-risk missions in different parts of the globe where capture or loss of secrecy would result in certain death since it is unlikely that their country would claim responsibility for carrying out military activity on foreign soil.

‘Strike Back’ taps into some of the most popular and favored genres to come up with a series that is guaranteed to have fans hooked and at the edge of their seats. Each season takes place in a different location and the team roster that is tasked with handling the potentially catastrophic situations changes time and again. The combination of fresh and familiar faces in highly intense situations is what sets this series apart.

Bonds are formed in trials by fire, as the Section 20 team must work in absolute coordination and blindly trust each other if they have to live up to their reputation as one of the world’s most elite and efficient squads. What really sets this show apart is not just the action, but the cohesion between the team members.

The plot over the seasons has seen the team take on all kinds of threats, ranging from the IRA to middle eastern terrorist cells, and even the Russian mob in one instance. However, one conclusion is foregone. This team always gets the results. In the course of their exploits globally, the Section 20 team comes across other intelligence agencies, most notably the CIA, who often have deep-cover agents in the terrorist cells the team is trying to bust. ‘Strike Back’ takes a dynamic turn here as we get to witness interagency cooperation when they are working towards a common goal.

What really sets the show apart is the balance between gathering intel and acting on it. A lot of shows forsake the strategizing to jump straight into the action since it draws more viewers. However, in this series, the team hits the ground with some amount of intel and begin to set about gathering more information about how they should fulfill their mission objectives.

While a lot of action and fighting is involved, the aim of the Section 20 team is to be as stealthy as possible since they often operate behind enemy lines. Despite all this, there is no denying that the team members are hotshots, and exude a degree of cool confidence that comes from being efficient and trained killers. They often have lighthearted moments amongst themselves, cracking the occasional joke, while always prepared to jump into action at a moment’s notice. ‘Strike Back’ is as memorable for its action as it is for its camaraderie among the teammates.

In season 8, we will see our favorite talented team return to tackle the case where an Albanian crime family abducts a scientist who heads the creation of a top-secret British bioweapon. As the undercover Section embarks on a high-octane mission to secure the virus, they discover that a massive weapon of mass destruction is being made by a pair of jihadist brothers. In order to stop this global conflict, S20 again partners with Russian operative Katrina Zarkova, a reunion that tests the limits of friendship, loyalty, and duty.

Strike Back Season 8 Release Date: When will it premiere?

As far as the next season goes, we have good news for the fans. On February 27, 2019, Cinemax and Sky renewed the series for an eighth and final season. Filming began in May 2019 in Croatia. ‘Strike Back’ Season 8 is set to release on February 14, 2020, in the US.

Neither Cinemax nor Sky has released a trailer for season 8 yet. While we wait for one, you can check out the Season 7 trailer below.