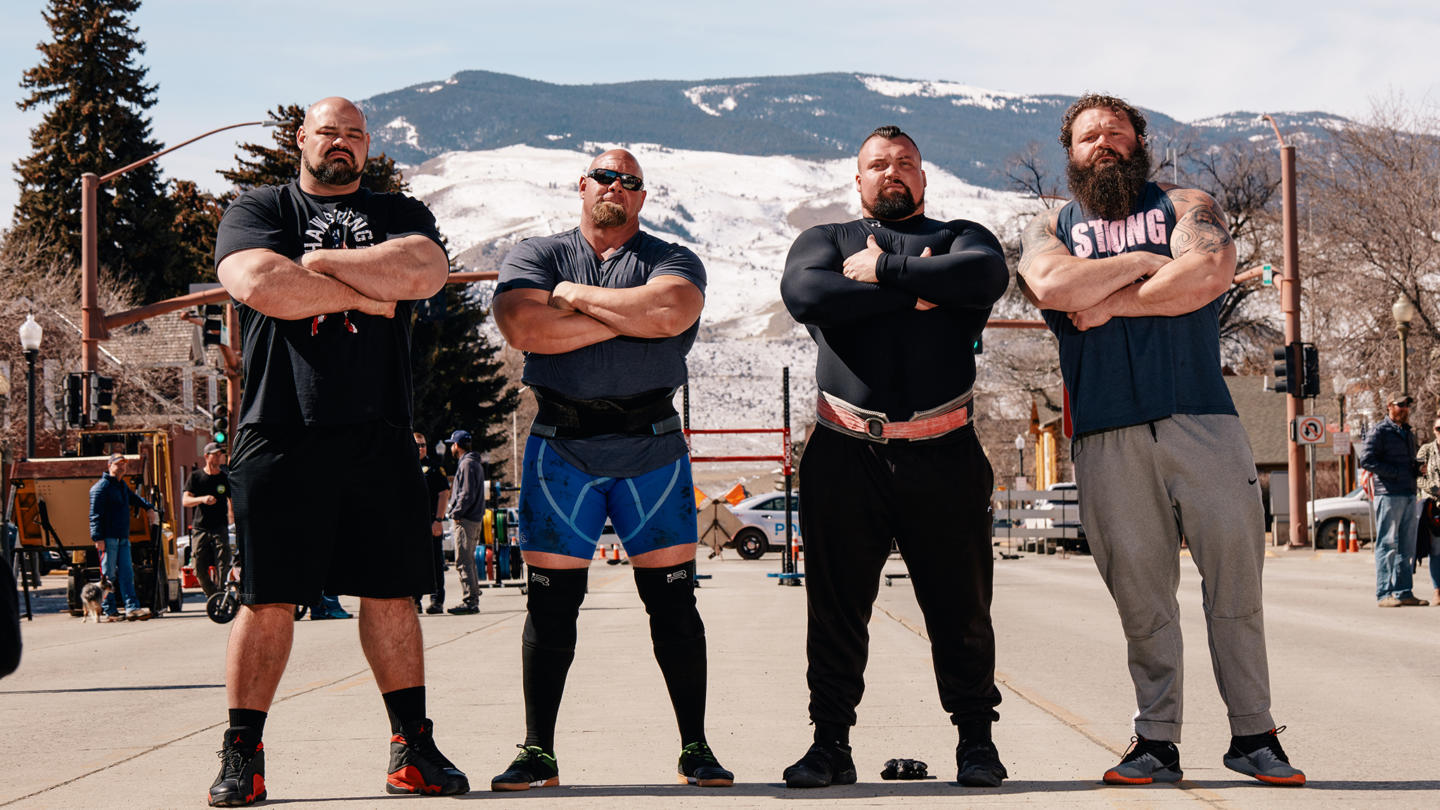 If you have delved into the rich history of humankind, you would know that the brave warriors of the past were powerhouses of mammoth strength. Ranging from the mighty Vikings to the Gladiators of Rome, they could lift rocks weighing more than 340 pounds and single-handedly carry masts of longships. It sounds unbelievable, right? Well, History Channel’s reality series, ‘The World’s Strongest Man’, brings together four top strongmen who reenact legendary feats of strength.

The Strongest Man in History Cast: Who is in it?

‘The Strongest Man in History’ features four of the world’s mightiest strongmen, who showcase extraordinary acts of strength. Season 1 featured Nick Best (Las Vegas, Nevada), who has been participating in the Strongman competition for more than a decade. Popularly referred to as the “grandfather” of Strongman, he is one of the oldest competitors in the sports contest. Wise and experienced, he is very passionate about history and was crowned as the Powerlifting champion of the world in the late 1990s. Additionally, he holds the global record in the Shield Carry.

The second contestant featured in season 1 was Eddie Hall, aka The Beast (UK), who is the only man ever to deadlift half a ton, holding the world record at 1,102 Pounds. He was also announced as The World’s Strongest Man in 2017. The bearded Robert Oberst embarked in the Strongman career path after he was part of the NFL for some time and worked as a bouncer in a nightclub. Once he started participating in Strongman events, he was credited to own “the strongest shoulders in the world”. He holds the American record in the Log Lift and houses a huge appetite. The third contestant featured in season 1 was 4-time World’s Strongest Man champion, Brian Shaw, is supposedly the strongest man to have ever lived, according to many. With a height of 6’8” and a weight of 445 pounds, he has a deep-rooted passion for the sport’s history.

Season 2 might bring some of the aforementioned men back. We might also see a few new faces.

The Strongest Man in History Plot: What is it about?

Strongman has progressed to become an organized sporting event in the contemporary era — a competition which announces the World’s Strongest Man every year. The 2019 champion was Martins Licis. And History’s documentary, ‘The Strongest Man in History’, challenges four of the prominent and formidable modern competitors to match or surpass some of the legendary acts achieved by heroic titans to date.

Eddie Hall, Brian Shaw, Robert Oberst, and Nick Best are tasked to showcase their power by taking up each of these challenges head-on. They travel across the globe in search of the fables related to iconic behemoths, while delving deep into their famed saga, and celebrating their victories of incomparable resilience. Meanwhile, during this quest, the foursome attempts to break long-standing records, some of which have remained unbroken and intact for centuries. A few of these insane acts of physicality include pulling a Viking warship, strapping pianos on their back while racing down a street, rolling up frying pans with their bare hands, and lifting 2,700 pounds of people.

Filming of ‘The Strongest Man in History’ took place in Moorhead’s Hjemkomst Center. This was done by the creators to stick to the show’s theme of celebrating the victories of legendary Titans. Here’s how History Channel describes the show “In the bitter cold of Moorhead, Minnesota, the four strongmen struggle to test their strength against Viking legends. Can they lift the gigantic 1,433-pound mast of a Viking Warrior — that broke his back and killed him?” In fact, the city’s rich Viking history prompted the showrunners to approach this site as the venue.

The documentary series aims to educate its audience about the history of strongman. It traces the genesis of the World’s Strongest Man competition, which was first launched in 1977 and pitches four strongmen to challenge old records. Some of the records are so old that they are treated as unofficial archives. Moreover, since all of these cast members have collaborated with each other multiple times on their YouTube channels, you can expect a lot of fun and yes, several records to be broken!

Season 2 might see the strongest men come together to achieve new feats and broke some old records.

The Strongest Man in History Season 2 Release Date: When will it premiere?

‘The Strongest Man in History’ Season 1 premiered on July 10, 2019, on History Channel. Spanning seven episodes, it released almost a month after the 2019 WSM competition, which was held in Bradenton, Florida, from June 13 to 16, 2019.

Now, will the show be renewed? History has not made any official announcement. But since there are so many other historical feats that the strongest men can look to challenge, we expect the show to come back for another season. We shall update this section as soon as we come to know about ‘The Strongest Man in History’ Season 2 release date.

The Strongest Man in History Trailer:

While we wait for an update on season 2, check out the season 1 trailer to refresh your memories. You can also head to their official site if you wish to check out clips from the show.