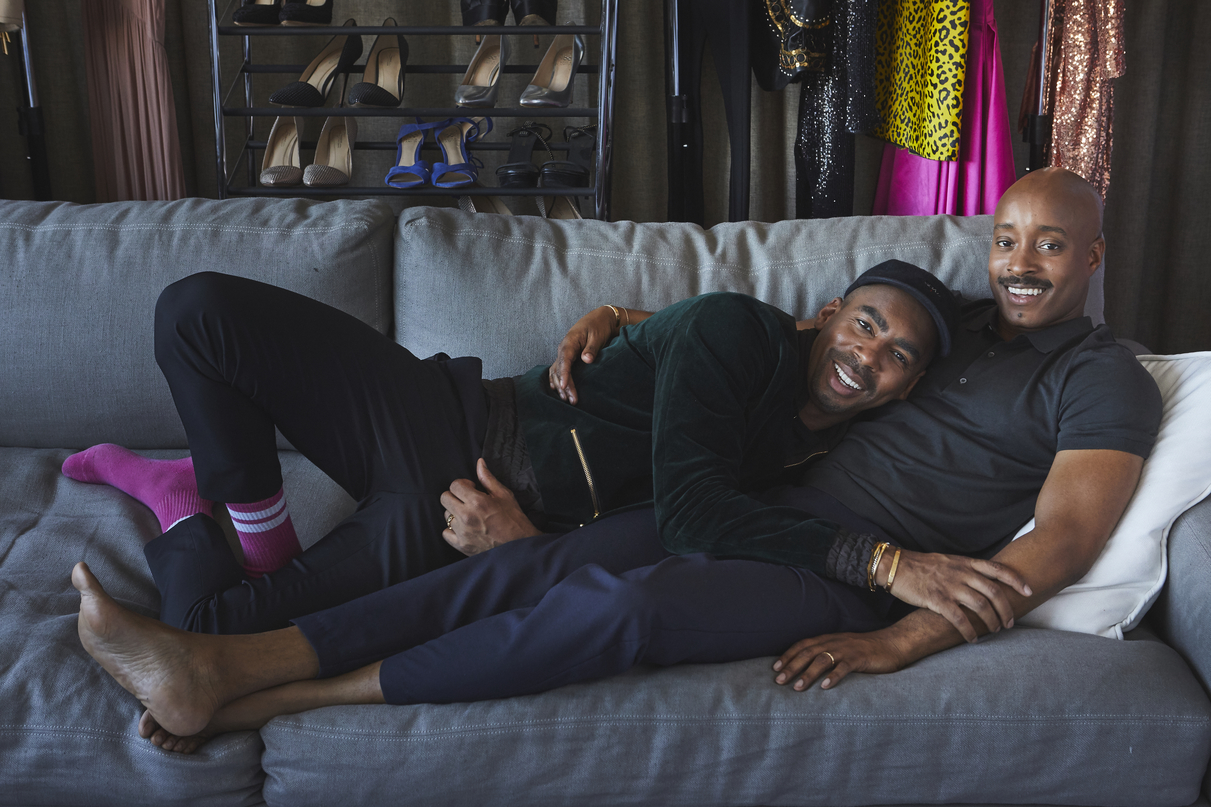 Netflix’s repertoire of unscripted reality shows seems to be multiplying every year. Another addition to this list is ‘Styling Hollywood’, a Netflix Original and a fashion documentary that follows a same-sex black couple, designing wardrobes and home interiors for leading celebrities in Los Angeles. It is created by Angela Rae Berg and is produced by Kingdom Reign Entertainment and ITV America. Carlos King, David George and Jordana Hochman are credited as the executive producers, alongside Berg, who also serves as the showrunner.

Styling Hollywood Cast: Who is in it?

‘Styling Hollywood’ as the name suggests, lends an exclusive, behind-the-scenes look into the lives of two prominent stylists residing in LA. Additionally, they are also married and very much in love.

Jason Bolden and Adair Curtis are a black, gay couple, who own the lifestyle brand, JSN Studio, based in Los Angeles. While Bolden is a celebrity stylist, Curtis is a talented interior designer. Bolden has featured among the 25 most powerful stylists in Hollywood and the duo founded JSN in 2014. The multi-disciplinary studio curates interiors, products and “fashion moments honoring past, present and future.” However, their primary goal is to use their combined talents to create “Black girl magic” — for stars such as Taraji P. Henson, Gabrielle Union, Yara Shahidi, Dulé Hilland, and Ava DuVernay, to mention a few names.

Bolden and Curtis married in 2012 and have, since then, enjoyed successful careers. At times, maintaining that perfect balance between personal and professional lives can be challenging. But as per Curtis, he “couldn’t imagine not working with” Bolden.

Both Jason Bolden and Adair Curtis are expected to return for season 2.

Styling Hollywood Plot: What is it about?

‘Styling Hollywood’ follows Jason Bolden and Adair Curtis as they overhaul homes and wardrobes of A-list stars in Hollywood. Additionally, it also chronicles the couple’s ups and downs in their marriage and careers. Each episode delves further into the journey of this dynamic duo as they carry out the demands of their brand, JSN Studio — which range from overhauling a celeb’s extravagant wardrobe to executing a massive home renovation. These tasks not only exhibit their skills but also test their bond.

As the show unfolds, we witness how Bolden gets his actresses all red-carpet-ready. On the other hand, Curtis works his magic in designing that perfect interior decor for celebs, which transform their new homes into a dreamy paradise. While Jason is big and bold, Curtis is calm and collected. Together, they combine their talent to revive black girl magic.

‘Styling Hollywood’ is an ambitious project as it showcases the lavish fashion industry, which is Hollywood. But it goes a step further and introduces diversity in the mix. It is rare that we have ever heard about black interior decorators and celebrity stylists. Moreover, it introduces a fresh wave of change in an otherwise homogeneous genre of home makeover shows.

‘Styling Hollywood’ is the first reality TV series to focus on a gay black couple. And amazingly, the pair has a wonderful dynamics, which is one of the sole reasons for their success. As mentioned by Bolden, “I like the fact that I know what his struggles are daily when it comes to career and work, and he knows what mine are. He added, “It’s easy to work together. The hard part is building a life outside of work.”

‘Styling Hollywood’ brings a welcome change to the representation of black LGBTQ people on reality television, a genre which has been almost always dominated by African Americans cast aside in supporting roles. The first open inclusion of a gay pair was in 2016 on VH1’s ‘Love & Hip-Hop’, when it featured rapper Milan Christoper and his partner Miles Brock as a same-sex couple. On the other hand, in 2015, Bravo’s ‘Real Housewives of Atlanta‘ showcased the first transgender housewife, Amiyah Scott.

Styling Hollywood Season 2 Release Date: When will it premiere?

‘Styling Hollywood’ season 1 premiered on Netflix on August 30, 2019. The reality series is yet another addition to the channel’s other fashion-themed hit titles such as the rebooted version of ‘Queer Eye‘ — a show that follows the Fab Five expertly handling fashion and lifestyle makeovers. And how can we not mention the Emmy-award-winning ‘RuPaul’s Drag Race‘? Although the show is originally a VH1 series, it has made quite a name for itself after being launched on Netflix.

Here’s the official trailer for season 1 of ‘Styling Hollywood’.