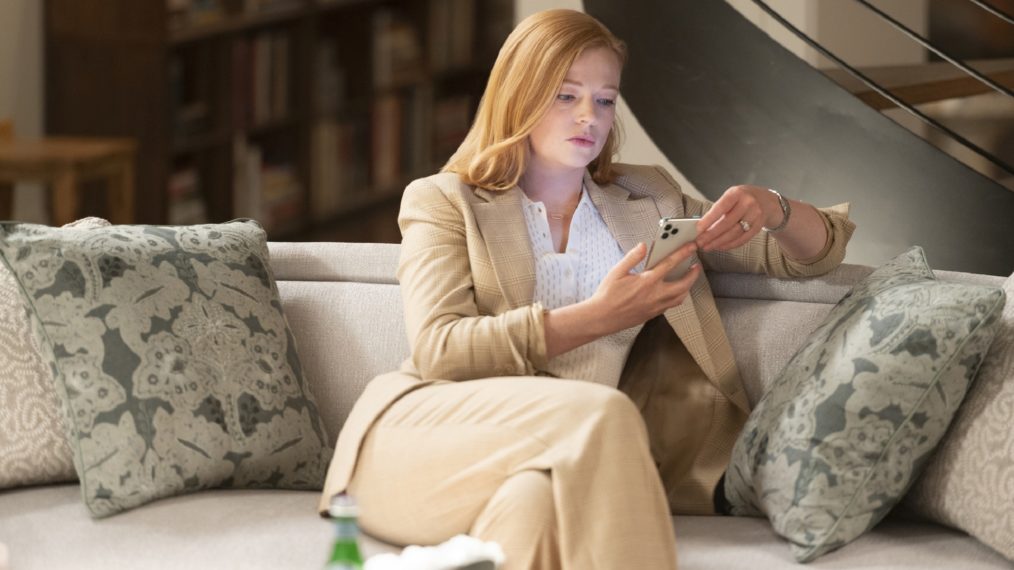 Things take an interesting turn in the recent episode of ‘Succession’ season 3. A medical crisis at the most inconvenient time causes Logan Roy to sit out most of the action at the annual shareholder’s event. With him being on the sidelines, Shiv and Kendall try to take control of the situation – each in their own way. You can read more about the fifth episode of season 3 in the recap section. Now, let us share with you all the information you will need to prepare yourself for season 3 episode 6!

‘Succession’ season 3 episode 6 is slated for release on November 21, 2021, at 9 pm ET on HBO. The show’s third edition consists of nine episodes that run for about an hour each. As the series follows a weekly release schedule, expect new episodes to arrive every Sunday.

The sixth episode of ‘Succession’ season 3 will air on HBO at the aforementioned date and time. You can also catch it on HBO Max. If you want to watch the episode live, you have several options. They are Xfinity, DirecTV, Spectrum, and YouTube TV. Hulu subscribers can watch the new episode live and even revisit the previous episodes as they are a part of the streamer’s video library. To watch the show on Hulu, head here. Moreover, you can watch the previous seasons of the show on-demand on Amazon Prime Video, Microsoft Store, Google Play, Vudu, and iTunes.

‘Succession’ season 3 episode 6 is titled ‘What It Takes.’ It appears that the Roy family’s troubles just keep compounding. While Shiv will gloat over the role she played in saving whatever is left of the company, Kendall will find himself on the hot seat as he will contemplate opening a can of worms during the ongoing investigation. Moreover, matters are bound to get even more intense as the time will come to choose the next president of the USA. And by the looks of it, Connor would have earned some people’s confidence. In the upcoming episode, Roman will learn something unexpected about his mother. Take a look at the drama that is about to unfold!

In the fifth episode of the season, titled ‘Retired Janitors of Idaho,’ the annual shareholders’ meeting gets more colorful by the minute. However, it seems that Logan is not in the frame of mind to pay attention to anything that is going on, thanks to his severe urinary tract infection. His condition worsens to such a degree that it begins affecting his decision-making skills. But before anyone can gauge the gravity of the situation, it seems like Shiv may have already bungled up the deal after her conversation with Sandi Furness about the jets.

A doctor is called to attend to Logan, who thankfully starts to feel better. Eventually, Logan learns about the deal Shiv has made, and he clearly disapproves. Just as Karl goes up on stage to announce that the deal has been made, Kendall picks that very moment to steal the spotlight. The members of the Roy family rush to pull the plug on the mic before he can make matters worse.

However, it seems that nothing can stop Kendall from continuing his speech as he raises his voice to ensure that everyone can hear him. He calls for a minute of silence for the victims of sexual abuse. Kendall even announces that he is setting up an organization to help all the people who were affected by the sexual misconduct at Waystar. As expected, Logan does not appreciate Kendall’s stunt and then asks Kerry to block his number permanently.

Read More: What Happened to Marcia Roy in Succession? Why Did She Leave Logan?