When Does Sugar Rush Season 3 Premiere? 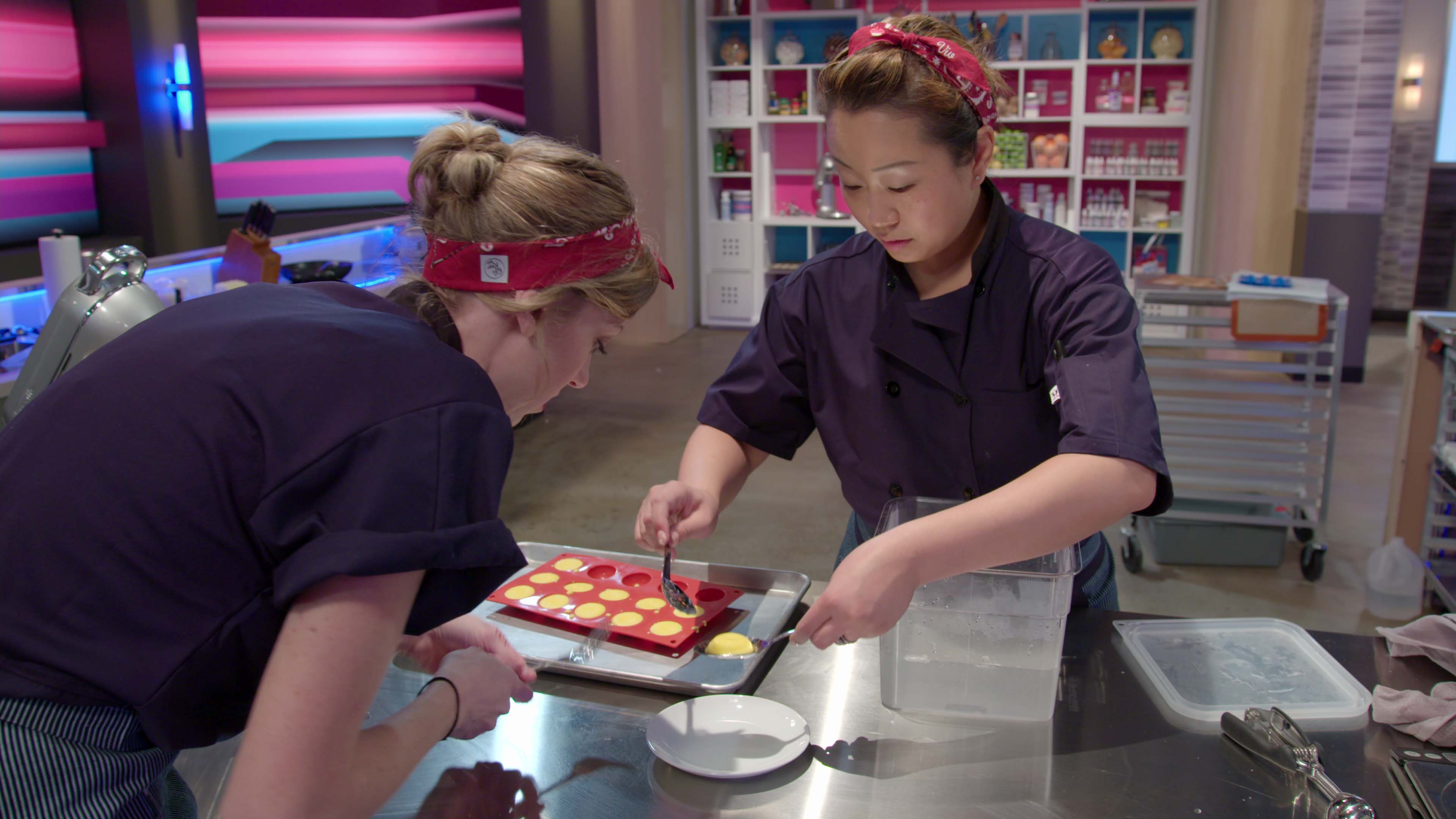 While most of us spend our Netflix time on binge-watching shows like ‘Stranger Things’ and ‘House of Cards’, there are some who love to watch baking and cooking shows — that the streaming giant has gotten so good at producing. With Nigella Lawson’s mouth-watering and yummy chocolaty cakes, we all tried becoming chefs for a day at least. Some might have successfully baked a cake while others might not have (it’s okay, there are yummy bakeries out there). But, what’s more interesting than watching a simple cooking show are the cooking competitions that take place.

‘Cake Boss’ and ‘Ultimate Cake Off’ remain the two most famous baking competition shows on TLC. Another entry to the list of ever-growing baking shows is Netflix’s ‘Sugar Rush’. Well, if you are thinking we are talking about the game where you have to match all the candies to get a point, then no, we are not.

Interestingly, there is an American series too named the ‘Sugar Rush’, which was aired from 2005 till 2007 on the Food Network Channel and is based on cooking too. However, that show is a bit different from the existing one. ‘Sugar Rush’ (2005) was hosted by Warren Brown, a former lawyer who discovered his passion for being a pastry chef. He would go exploring, meet new pastry chefs, and bake some yummy cakes. Well, ‘Sugar Rush’ on Netflix has a completely different take on it, and it has spanned 2 seasons to date. Here’s all we know about its third edition.

‘Sugar Rush’ Season 2 premiered on July 26, 2019, on Netflix. The show has done exceedingly well, especially among the people who are interested in baking and learning new ways to make cakes. Soon after, the series was renewed for its third edition. ‘Sugar Rush’ Season 3 is slated to release on July 31, 2020.

‘Sugar Rush’ is hosted by Hunter March who keeps the audience hooked with his witty sense of humor and funny jargons. When it comes to the judges, Netflix roped in the top-notch names: Candace Nelson and Adriano Zumbo. Nelson was also the judge for ‘Cupcake Wars’ and has appeared on many television shows. She, in fact, was a judge for Bobby Flay’s ‘Throwdown’ show too. Zumbo, on the other hand, is an Australian patissier and chef whom you might probably recognize from Masterchef Australia. He’s seen as Australia’s answer to Willy Wonka. Zumbo has appeared in a six-part documentary television series named ‘Zumbo’ which focuses on the daily life of the chefs at his kitchen business. Apart from this and ‘Masterchef’, Zumbo has also co-hosted a cooking series named ‘Zumbo’s Just Desserts’ along with Rachel Khoo and Gigi Falanga, which aired on Seven Networks.

Along with Candace and Adriano, the unique thing about ‘Sugar Rush’ is that each episode welcomes a different guest judge. Some of the guest judges who have appeared include Nancy Silverton, Richard Blais, Colin Hanks, Michael Showalter, and Betsy Johnson. Season 3 will mark the comeback of Hunter, Candace, and Adriano. As far as contestants go, the show has had a wide variety of them from different backgrounds. In season 3, the show will stick to the same format when it comes to selecting the participants.

What Can Sugar Rush Season 3 be About?

‘Sugar Rush’ has four professional teams of pastry bakers compete against each other to win $10,000. Each team consists of two members and their challenge is to finish not only baking but also decorating the cakes before the clock hits the final stop. The teams are asked to bake cakes, cupcakes, and confections, upon which they will be judged. Season 1 and season 2 are 8 episodes and 6 episodes long respectively, with each episode having a unique theme on which the teams prepare and bake their cakes. In season 3, the overall structure will stay the same but we expect certain twists in the format to keep the show interesting.

You can watch the trailer for season 3 right here.