Where to Stream Suits? 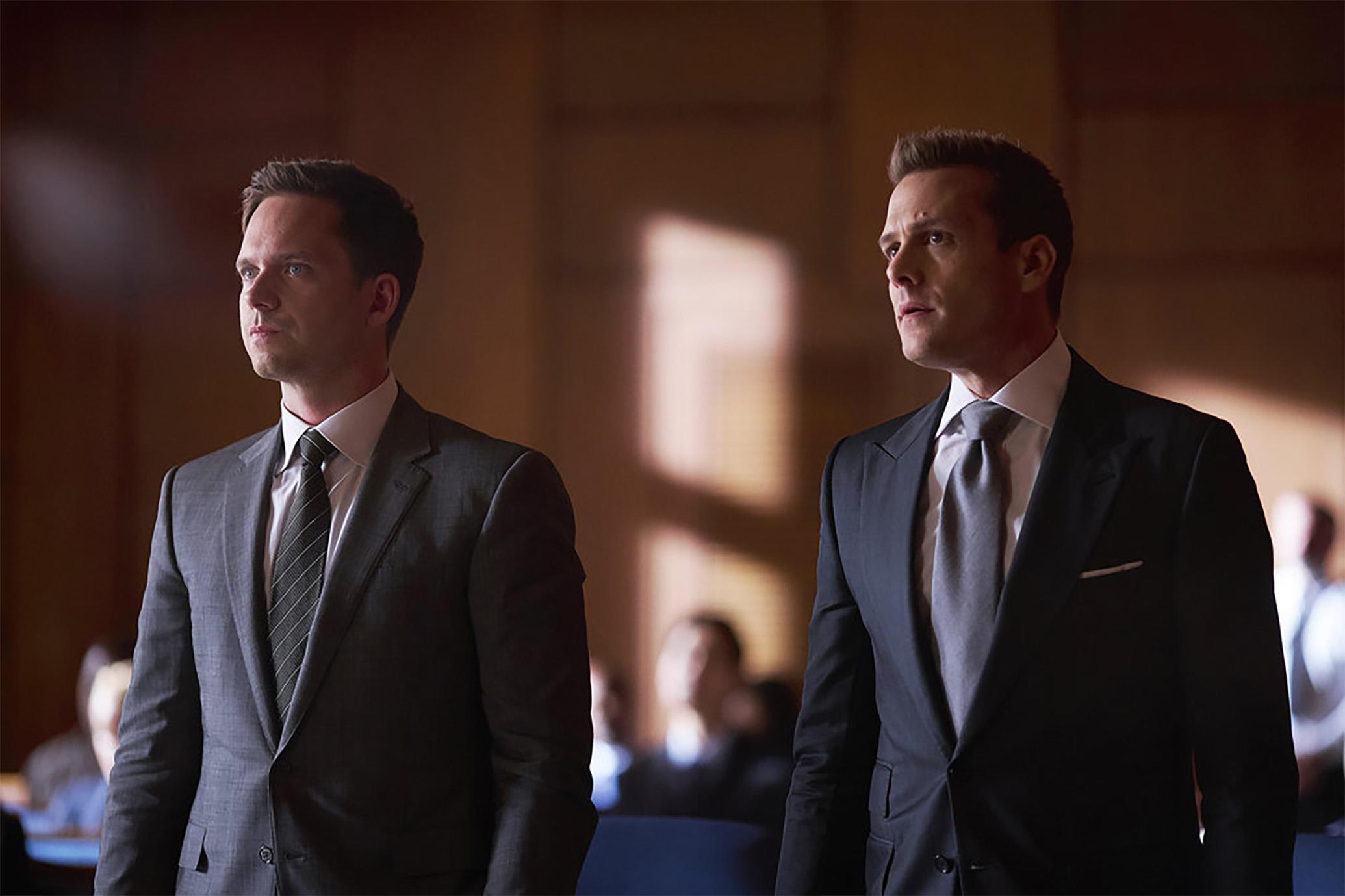 What do you get when you make a show with smartly dressed people and smarter dialogues, who seem to effortlessly breeze through high profile legal cases, all in a day? You get ‘Suits‘, a legal drama written by Aaron Korsh that airs on the USA Network.

The series is set in a fictional law firm in New York that goes through several name changes due to mergers, departures, buyouts, promotions, and resignations. However, what remains constant for the most part is how an extremely intelligent college dropout teams up with a savvy closer to work on several cases. Yes, we are talking about Mike Ross and Harvey Specter, who have arguably been the central characters and the show’s main focus over the seasons. The plot shows them dealing with cases while hiding Mike’s secret that he has never been to law school and is actually not a lawyer.

The show provides some witty exchanges and the scriptwriters have an affinity for movies, as any quote from the series will tell you. Over time, you grow close to the characters and want to keep coming back to the show for them. Thus, let us tell you where you can stream ‘Suits’. But before that, let us walk you through the plot of the series.

What is Suits About?

‘Suits’ first introduces us to Mike Ross, who seems to be a good for nothing pothead, working as a delivery boy. However, what becomes evident soon enough is that Mike Ross is extremely intelligent and has a perfect recollection. It is almost a superpower. Circumstances arise where he has to deliver a large consignment of weed for his dealer friend, Trevor. However, the deal turns out to be a police sting, which Mike evades by escaping to associate interviews for Pearson Hardman, that is being held at the same hotel. There he meets Harvey, who is looking for another version of himself to be his associate. Mike manages to show to Harvey just how smart he is and impresses the Harvard educated attorney who has just been made senior partner. The two decide to keep Mike’s educational background a secret and Mike promises to try to always do better than the Harvard educated associates.

At the new firm, Mike meets a host of interesting characters, including Rachel Zane, a smart and beautiful paralegal who is not afraid to speak her mind. She is incredibly compassionate and goes out of her way to make Mike feel good. Eventually, they both fall for each other and even get married in a later season. Mike also meets Donna, Harvey’s secretary, who seems to always know what is going on around her. She is incredibly insightful and helps Mike when she is not coyly teasing him. Over the seasons, Donna goes above and beyond for the firm and eventually we see her leave the post of Harvey’s secretary to become the COO of the firm. However, the person Mike needs to watch out for the most is Louis Litt. Louis and Harvey shot up from the trenches, that is, the associate pool. Louis was made junior partner before Harvey, but the latter beat him to the senior partner post, much to the former’s jealousy.

Louis tries to make life hell for Mike because he is known to be petty like that. However, the talented new associate has no problems running circles around Louis and quickly gains his respect. Over the seasons, Louis ends up discovering Mike’s secret, and though he is shocked with this due to his loyalty to Harvard and the firm, he eventually considers Mike’s family. Louis also gets his name up on the wall as a named partner. Finally, the other person Mike meets and needs to be worried about the most is Jessica Pearson. The confident woman runs the firm with an iron hand and knows how to treat her underlings and equals. She too takes to Mike’s intelligence quickly and comes to depend on him. However, over the seasons, she takes the fall for Mike’s secret and eventually resigns from the post of the managing partner and moves to Chicago.

Over the seasons, we see the firm go through several ups and downs, like when Daniel Hardman, the old partner, returns and plans to take control away from Jessica. There are also instances when the firm comes under attack from other large firms or from tough lawyers taking a crack at one of the attorneys at the firm. But the message is that the firm weathers through all this and though it comes under new management now and then, the place never sinks. Now, without further ado, let us tell you where you can watch ‘Suits’.

Is Suits on Netflix?

Netflix has a wonderful collection of movies and television shows that sets the platform apart as a premier content provider. Though ‘Suits’ is not on Netflix, you can check out ‘Mad Men‘. If you love the swagger with which Harvey carries himself, you will love Don Draper.

Is Suits on Hulu?

Hulu has a fantastic collection of movies and television shows and the platform keeps making smart additions to stay ahead of the curve. Though ‘Suits’ is not on Hulu, you can check out ‘White Collar‘. You will love the partnership between conman Neal Caffrey and FBI Agent Peter Burke, in ‘White Collar’.

Is Suits on Amazon Prime?

Amazon Prime has an enviable collection of movies and television shows that is perhaps only bested by Netflix. However, in this case, the platform has beaten its competitor. Prime subscribers are in luck since ‘Suits’ is available on the platform. Check it out here.

Where Can I Stream Suits Online?

No subscription to Amazon Prime? No problem. You can still stream ‘Suits’. Just head over to NBC to watch the show. Of course, you need to have a subscription to it beforehand.

Where Can I Watch Suits Online For Free?

Freeloaders are in luck. You can use Amazon Prime’s free trial period to watch ‘Suits’. But there are eight seasons, so you are in for a serious bingeing session. However, we would like to urge our readers to pay for all the art that they consume.