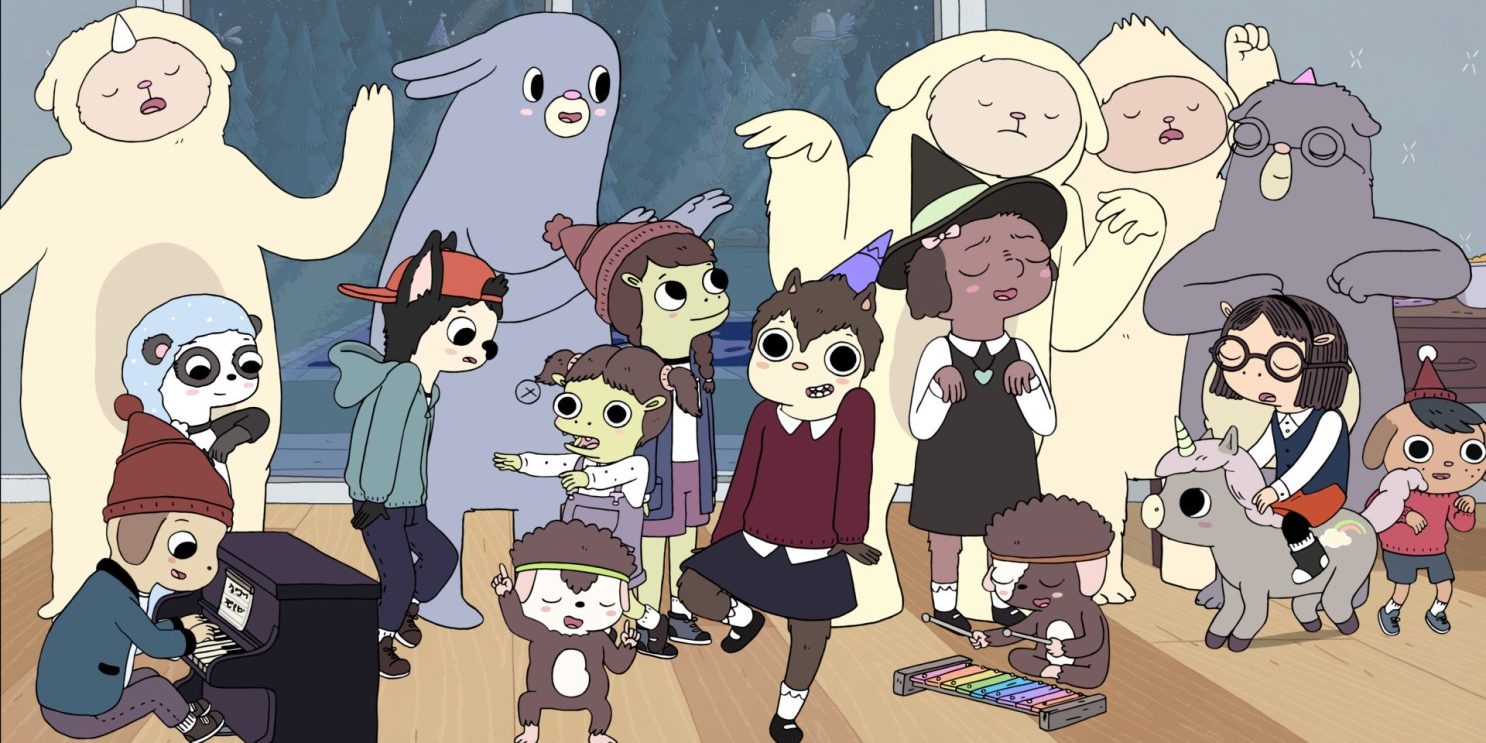 ‘Summer Camp Island’ is a sweet and exciting slice of life adventure animated series that is bound to put a smile on your face. Set in a world of human-like animals, the series follows the episodic adventures and misadventures of Oscar Peltzer, an elephant, and Hedgehog, who is, well, a hedgehog. The story unfolds in the titular summer camp. After its original release in July 2018, the series has spawned five seasons.

In the meantime, it has changed home from Cartoon Network to HBO Max. The show garnered widespread critical acclaim and fan praise because of its inclusion of gender-nonconforming campers, a demure color palette, cross-generational appeal and dreamy world-building. Following the season 5 finale, you must be looking at the prospects of the sixth season. If you are keen to find details regarding the upcoming installment, allow us to turn in all the cards.

‘Summer Camp Island’ season 5 premiered in its entirety on December 9, 2021, on HBO Max. The fifth season comprises 15 episodes with runtimes ranging between 11 and 12 minutes per episode.

Let us now get into the development of the follow-up season. Although no official announcement has been made concerning the recommissioning of the show for a sixth season by HBO Max, the series has garnered quite an overwhelming response in the media. Moreover, on December 2, 2021, creator Julia Pott divulged to a fan on Twitter that the fifth season does not mark the finality of the series.

The bite-sized episodes of the show do not require much time to create, as indicated by the short delay between seasons. Therefore, after considering the aforementioned points, it seems highly likely that the animated series will return with another set of fun-filled episodes. If the show gets renewed and sticks to the usual release pattern, we can expect ‘Summer Camp Island’ season 6 to premiere sometime in June 2022 or later.

Summer Camp Island Season 6 Cast: Who can be in it?

Almost all of the core voice cast members will possibly return to lend their voices to their respective characters in the potential season 6. Antonio Raul Corbo voices the character of Oscar Peltzer, alongside Oona Laurence, who is the voice behind the character of Hedgehog. They are likely to return in the upcoming installment. Julia Pott will lend her voice for the character of Susie McCallister, the feline lead camp counselor, while Poppy DeAbaitua will voice the younger version.

Also possibly returning to their roles will be voice actors Charlyne Yi (Alice Fefferman, an anthropomorphic woolly mammoth and Susie’s right-hand woman), Nikki Castillo (Betsy Spellman, an anthropomorphic horse, and another camp counselor), Ramone Hamilton (Max the anthropomorphic bat). The series also relies on a sprawling supporting voice cast, and most of the members will possibly take up their recurring roles in the sixth season.

Summer Camp Island Season 6 Plot: What can it be About?

The episodes of ‘Summer Camp Island’ are divided into individual stretches. Each of the bits comprises two to three episodes. The first stretch of the fifth season, titled ‘Barb and the Spotted Bears,’ follows Barb on the third day of creation as he fends off hungry bears to save the ferns. The second chapter, titled ‘Betsy and the Ghost,’ revisits Betsy’s initiation into the summer camp.

The following chapter, ‘Susie and Her Sister,’ brings Susie in the middle of a problem when her mighty powerful sister Mildred posits a threat for the community. In ‘Oscar and The Monsters,’ Oscar makes friends with loner Mortimer and helps him begin a club. In the final bundle, named ‘The Babies,’ Susie is compelled to handle a few babies she does not want in her house.

The sixth installment will possibly bring a few more intriguing and magical tales to life. The world will perhaps expand with more characters being introduced in the journey. We shall also see whether Oscar can return to this realm. The fifth season posits several other questions, which will hopefully be addressed in the subsequent season.

Even after five intriguing and adventurous seasons, we are yet to discover Mildred’s true potential. Will her powers indeed become more splendid than Susie’s as the season trudges forward? Also, we wonder whether Ramona is brought back from her exile in Frozen Time, but that will perhaps be unlikely. Rest assured, the sixth installment will pack more joy, laughter, and magic!