When Will Summer House Return on Bravo? 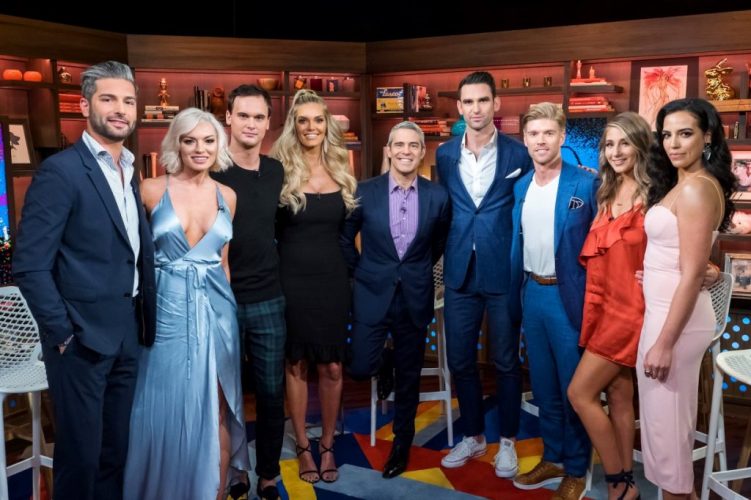 ‘Summer House’ is an American reality television series that first launched in January 2017 and airs on the Bravo cable network. Each episode of the show runs for around 42 minutes. The production companies handling the series are Left Hook Media and True Entertainment.

‘Summer House’ was developed as a cross-over from another reality show that is aired on Bravo, namely ‘Vanderpump Rules‘. The tenth episode of the fifth season of Vanderpump is titled ‘Summer House Rules’ and introduces audiences to the house that would see a lot of drama and emotion unfurling in the seasons to come.

‘Summer House’, like most other character-driven Bravo shows, has seen three successful seasons so far. For fans who want some updates on the upcoming installment, here is all we know about ‘Summer House’ season 4.

Summer House Cast: Who is in it?

It has been confirmed by Bravo that Danielle Olivera and Jordan Verroi will not be returning as a part of the lead cast for the fourth season. Other familiar faces we will see in the upcoming season are Cooke, Hubbard, and Radke, alongside DeSorbo and Berner. New members of this season are Jules Daoud and Luke Gulbranson.

What is Summer House about?

‘Summer House’ follows a bunch of privileged men and women between their late twenties to early thirties who spend their weekends and summer having some fun. You can expect lots of drama, screaming, parties, drunken people, sex and more from the ‘Summer House’.

There are some golden rules to stay in the summer house. One of them is “no couples allowed”. On the show, the participants talk about their lives — whether it be their relationship, their family, flings, exes, their career, and business goals. Everybody tries to enjoy and take some time off to hang out with one another after going through some major life changes.

Over the seasons, the actual location of the house has changed due to difficulties. While the initial season was filmed in Montauk, the local town authorities did not want a ‘Jersey Shore‘ reputation to befall them due to this show and ‘Summer House’ was denied permission for subsequent seasons.

The show then shifted base to a 6,500 square foot new location called ‘Water Mill House’ in New York, which is situated on Deerfield Road with eight bedrooms and 8.5 bathrooms. However, it is not truly the house that matters, but the inhabitants. Sure, having a luxurious and spread-out setup gives everyone their required space and keeps things interesting as events in the house unfurl.

However, what is truly a test in this show is how people manage to set aside their differences and stow away any personal hesitations to ensure a peaceful and harmonious co-existence. This is naturally more difficult for the people in ‘Summer House’ because firstly they are young, and their age often makes them susceptible to bouts of rage and rash decisions.

More importantly, they are all extremely wealthy. There is a common stereotype that wealthy New Yorkers tend to be extremely entitled and while we do not endorse any stereotypes whatsoever, the people in ‘Summer House’ often find that their egos might be too big to fit in the luxurious residence.

What keeps audiences hooked to ‘Summer House’ stems from the basic pleasure of voyeurism or watching people go about their daily lives, unaware of the viewer’s presence. Of course, the participants in ‘Summer House’ know they are being watched, but since it over a long period of time, they go ahead and do what they want anyway.

We will not even go into the additional dynamic of when the members begin to date each other. Things become all the more complicated and living in such close quarters, viewers can actually observe how every minuscule action has a consequence in the overall co-existence of the residents in ‘Summer House’.

While this is the psychological side of the show, ‘Summer House’ has its moments of unadulterated fun as well. After all, these are rich, young New Yorkers who are trying to unwind, so viewers get to see a lot of partying, people falling easily for each other, or just simply hooking up since they live in such close quarters every day, it is a mere inevitability.

The upcoming season of ‘Summer House’ is likely to continue along the same lines where we get to see our favorite members return to this luxurious setting and once again try to live with each other without much incident.

Summer House Season 4 Release Date: When will it premiere?

Soon after, Bravo renewed the series for a fourth season. The channel has also announced a release date. ‘Summer House’ season 4 is slated to premiere on February 5, 2020, closely following its schedule of an annual, early-year release for the last three seasons.

You can check out the first-look trailer for season 4 below: