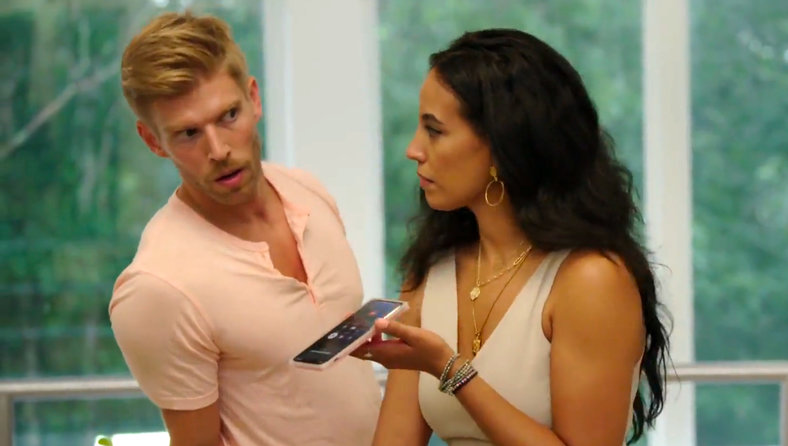 When Bravo’s ‘Summer House’ returned with its fifth edition on February 4, 2021, we saw the gang escaping the humdrum of city life and settling in a new house in the Hamptons. They plan to stay here for six straight weeks together. As they spend their vacation, we also witnessed the interpersonal drama between the stars. Lindsay is hell-bent on taking her relationship with Stephen to the next level. On the other hand, Paige is not sure if Perry is the right guy for her. Hannah is perplexed when she learns that Luke will be bringing a new girl to the house. We are yet to see if Luke can balance two romances under the same roof at the same time.

The fifth season introduces us to the newbie, Ciara Miller. The season has been filmed inside the Hamptons vacation home due to the current health crisis. As per the stars, this led to a “pressure cooker” condition, which caused tons of drama among the nine residents. Well, that being said, here is the thing! After an eventful premiere, ‘Summer House’ season 5 is getting ready to release its next episode. Want some more details? We have you covered!

Summer House Season 5 Episode 2 Release Date: When Does it Premiere?

‘Summer House’ season 5 episode 2 is slated to premiere on February 11, 2021, at 9 pm ET and 8 pm CT on Bravo TV. New episodes should air every Thursday night at the same time slot. If there are any changes in the schedule, we will keep you updated.

The upcoming episode of ‘Summer House’ season 5 is called ‘Let the Good Times Roll.’ Bravo has released its official synopsis, which goes as follows: “Carl kicks off the first weekend and hosts a reception for his mom’s virtual wedding. Danielle throws a roller-skating party, but Lindsay is too bothered by Stephen’s hectic work schedule to enjoy herself. Afterward, the housemates get to work to throw Kyle an unforgettable birthday, which devolves into chaos when Hannah and Ciara’s budding friendship threatens Luke’s chances with either girl.” You can also watch its preview right here.

If you are in the US, you can easily catch up on the latest episodes of ‘Summer House’ season 5 at 9 pm ET on Bravo every Thursday night. Needless to say, you will need a cable package. If you have a cable login, you can catch the season on-demand or online at Bravo’s official website. If you are a cord-cutter, you can resort to the multiple live TV streaming services, namely, Hulu With Live TV, Sling TV, YouTube TV, Fubo TV, and AT&T TV Now. Hulu + Live TV also offers a one-week free trial, and it contains Bravo as a part of its package. You additionally can resort to NBC’s Peacock TV to stream the series. The final option is to buy or rent the episodes on Amazon Prime Video.

Read More: Is Paige DeSorbo from Summer House Dating Anyone? Does She Have a Boyfriend?