‘Sunderland ‘Til I Die’ S02: The Complete Details 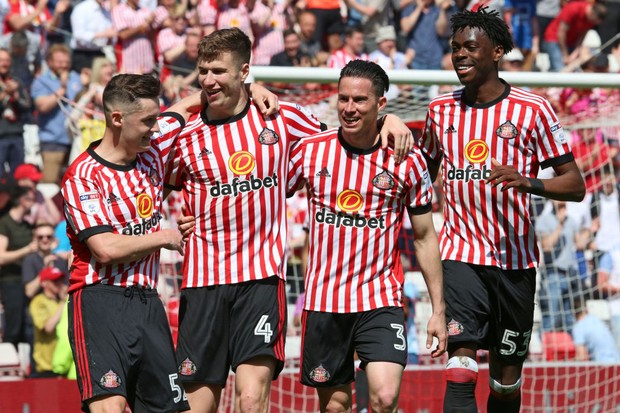 For millions of fans across the globe, Football is not just a game, it is their religion. No wonder teams enjoy the support of fans who can be relentless with their optimism. The Netflix series, Sunderland Til I Die, is a sports documentary and a real treat for football lovers. Even if you are not a Sunderland fan, the optimism of the fans and hard work of the players resonate with you.

Produced by Fulwell 73, Sunderland Til I Die first aired on Netflix in December 2018. The 8-episode documentary has no narrative as such and depends solely on the authenticity of the game. There is no conclusion or staged scenarios for us to be distracted by. It is simply the story of a club’s journey and according to the streamer, takes “its audience through the highs and lows of SAFC’s first season in the Championship following its painful relegation the previous year” — while highlighting the large number of people who are affected by its performances.

After a successful season 1, the show was renewed for a second season. Here’s all you need to know about Sunderland Til I Die season 2.

Sunderland Til I Die Season 2 Release Date: When Will It Premiere?

Sunderland Til I Die Season 1 premiered on December 14, 2018, on Netflix, in all its entirety of eight episodes.

After the club suffered defeat during the 2017-2018 season, the management went through a lot of  changes. The good news is that the new owner Stewart Donald allowed Fulwel 73 to continue shooting the documentary series for a second season.

After receiving its official renewal, the new season now also has a release date. Sunderland Til I Die Season 2 is slated to premiere on April 1, 2020. It will consist of six episodes.

In season 2, we can hope to have more accessibility to behind the scenes workings of the club and its players. Executive producers Leo Pearlman and Ben Turner also shared their views on what can be expected next. Turner said, “It will be a really interesting story the second season. The way the season went for series one, it was obviously incredibly dramatic and there’s a lot of story in there. We were almost worried that if they had gone up it would get boring after a while just seeing the same thing over and over again. But that didn’t happen obviously. Then in what will hopefully become the second series, it’s a much happier place. The club’s in a better place and the team is winning. But again, the actual football beat of them winning matches isn’t the interesting part.”

Pearlman added, “We believe that there is an amazing story to keep on telling so we’ve decided to keep on shooting. Based on how the first series is and how it is received will determine if there is a second series.”

Sunderland Til I Die Season 2 Cast: Who Can Be In It?

The series has been shot as a documentary without a narrator. The players are shown on as well as the off field. We can see the likes of Martin Bain, Nick Barnes, Gary Bennett, George Honeyman, and Lee Camp as themselves on the show. The series also documents the experiences and reactions of fans during actual Sunderland games. Some staff members also feature in the show, like manager Simon Grayson and the team’s in-house chef.

Season 2 will follow the same premise and continue to throw the limelight on key players from the game.

What Can Sunderland Til I Die Season 2 Be About?

The Netflix documentary chronicles the challenges new manager Simon Grayson and his players had to face to keep the club from permanently shutting down. With no money from the administration and the growing frustration of the fans, the players had a tough time.

The Sunderland football club is based in the city of Sunderland, Tyne, and Wear. They play in league one, the third tier of English football. The club has had a run of 63 successful years, having registered two FA cup wins during the period. Sunderland fans are known for their intensity and passion. All games played at home get sold out immediately with local booze shops running out of stock within a few hours. Local tourism hits an all-time high during gaming season. But since the team was confirmed for relegation, it has sort of been a riches to rags story for the club.

The series has been directed with a neutral tone and has done a fabulous job in capturing the emotions of the club’s fans. The tears when their team loses and yet the high hopes for its players make Sunderland fans one of a kind. Yes, many nations have been obsessed with their sports teams but Sunderland fans not only cheer their wins but have also always supported the team in their worst losses. The series documents the lives that are affected by a sports club – the staff, the players, and the fans, each have their own relationship with the game. This puts into perspective why we need sports clubs and teams.

The series was originally made to help the club find investors. After the relegation and some huge loses in the past, the club was on the verge of shutdown. But the continued support from fans and the lengthy history of the club has helped them prevail. For residents of Sunderland, their club is more than just a dying sports team. It is the very foundation of decades of culture and heritage for the city. Their passion and intensity are unmatched and the series does a great job in capturing their hope for their team. The players display sportsmanship and you can see how much it hurts them to disappoint their fans.

While season 1 is centered around the 2017/18 season, season 2 will follow the 2018/19 season of Sunderland FC and will also document the Black Cats’ first season back in League One. It will also include the team’s run to Wembley for the Checkatrade Trophy Final.

Sunderland Til I Die Trailer: