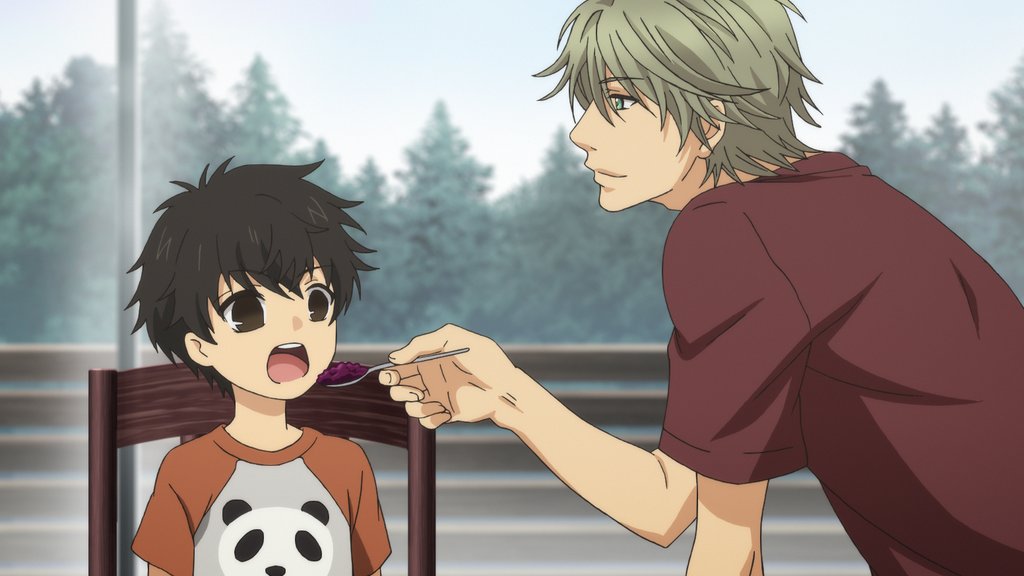 Super Lovers is a Japanese romantic comedy anime series which is based on a shōnen-ai manga series of the same name. Written and illustrated by Miyuki Abe, the manga was first published on October 30, 2009. Seven long years after its publication, it was picked up by Studio Deen to be made into an anime show, and Season 1 of Super Lovers premiered on April 6, 2016. It was received well by fans of the manga and new viewers alike, and unsurprisingly, was renewed for a second season. Subsequently, Season 2 made its way to viewers’ screens on January 12, 2017, and since then, fans of the show and manga have been waiting to hear about a third season. Here’s everything we know about the prospects of Season 3 of Super Lovers.

Super Lovers season 2 premiered on January 12, 2017, and although a considerable amount of time has passed since then, there seems to be no news on whether the show will return for a third season. However, there’s no reason to worry as of now – it is not unusual for anime series to have considerable gaps between each season, and there’s plenty of time left before we can start to worry about the show’s future. Further, there’s enough source material for the makers of the show to draw on, and we’re fairly confident that a new season will be made some time in the future. Our best guess is that Super Lovers season 3 release date could fall sometime in 2020 or 2021. We will update this section as soon as we hear more.

Each season has only ten episodes and they have been dubbed into English. The English dubbed versions of the anime have been appreciated and can be found on Funimation.

The plot of Super Lovers revolves around the relationship between two characters – Haru Kaidou and his adopted brother, Ren Kaidou.

It begins when Haru, who lives in Tokyo, hears that his mother, who lives in Canada, is on the verge of death. Being the eldest son of the family, Haru flies all the way to Canada to spend time with his mother in her final moments. However, when he reaches his mother’s place, he discovers the truth to be something else entirely. Not only does Haru realize that the news about his mother’s sickness was false, but he also comes to know that his mother fooled him into travelling to Canada so that he could take care of Ren, a boy who his mother recently adopted.

Although initially angry, Haru makes peace with the truth, and tries to reach out to Ren. However, Ren is far from outgoing and talkative, and is a shy and unsocial boy who feels more comfortable around dogs than he does around humans. Owing to Ren’s distrustful nature, Haru thus finds it extremely difficult to reach out to him and make a connection. However, Haru persists, and eventually manages to get Ren to open up. Once Ren opens up to Haru, the relationship between the two starts to blossom.

Yet, this blossoming relationship comes to a temporary end when Haru has to head back to Tokyo. However, before heading back, Haru promises Ren that they will live together in Tokyo once he graduates from high school. Subsequently, Haru heads back and the years roll by. Five years later, Ren, expecting Haru to keep his promise, arrives in Tokyo. However, to his horror he finds that Haru has lost a significant chunk of his memory owing to an unfortunate accident and doesn’t remember Ren nor the promise he made to him.

The show then follows the many challenges which arise in the relationship between Haru and Ren, and the story revolves around whether Haru will eventually accept Ren as his brother. It is a touching story about brotherly love, and is a nuanced take on the many complexities of human relationships.

Ren: One of the main protagonists of the story, Ren is the youngest member of the Kaidou family, and is adopted. Due to a complicated and testing childhood and no memory about his biological parents, Ren isn’t the most social of people, is distrustful of other people in general, and prefers to spend his time with cats and dogs. Yet, despite his unsocial nature, Ren is honest, straightforward, and trustworthy, and loves with his heart. He is also extremely perceptive and intelligent for his age, and hates being treated like a child, especially by Haru, who he loves and looks up to.

Haru: The other main protagonist of the show, Haru is shown to be a responsible elder brother who is calm, composed, and protective. After he spends his summer in Canada and meets Ren, Haru and his parents get involved in a horrific accident. While Haru’s parents pass away, he survives and recovers months later from a coma, with no memory of the summer he spent with Ren. Following the tragedy, Haru slowly pieces his life together, and starts living with his younger, twin brothers, Aki and Shima Kaidou. However, Haru’s life in Tokyo is interrupted by the arrival of Ren, who he does not remember at all.

Aki: Aki is the older among Haru’s younger twin brothers, and is a handsome man. However, unlike Haru, he is neither calm, nor composed, and has a hot temperament, getting irritated easily by even the most trivial of things. Although he does not like it when Ren initially comes into their lives, he later develops a friendly and cordial relationship with the teenager.

Shima: Standing slightly taller than Aki, Shima is the younger Kaidou twin. Bespectacled and with a mature look, Shima is also calm and composed, and is shown to be a good human being. When Ren arrives in the Kaidou household in Tokyo, Shima tries his best to be kind to him, and tries to lend an understanding ear to Ren and his problems.