When Will Super Monsters Season 4 Premiere on Netflix? 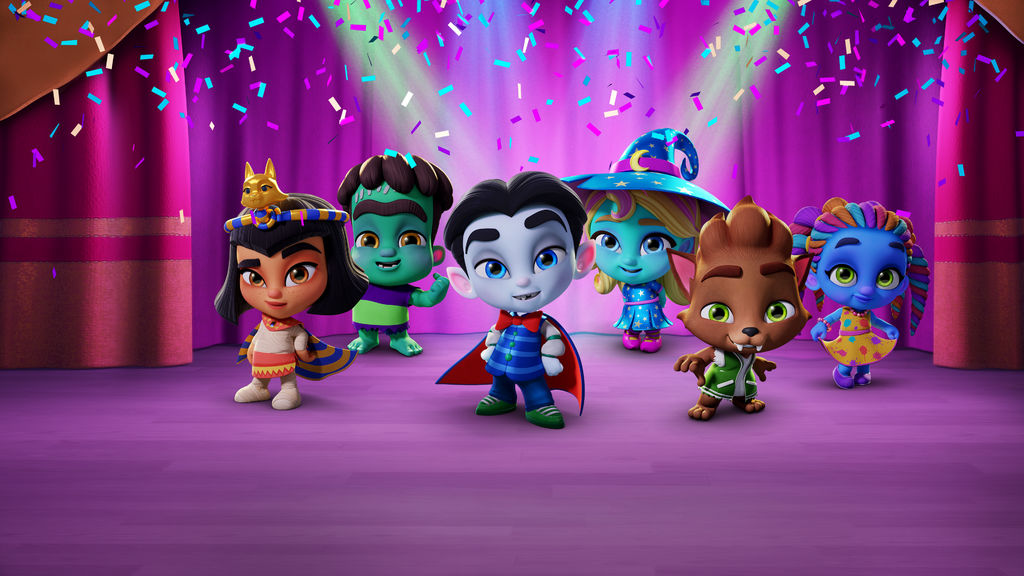 ‘Super Monsters’ is an American Canadian animated series that airs on Netflix. The show is aimed primarily at kids and first premiered on October 13, 2017. It has been created by Avi Arad, who also serves as the executive producer along with Allen Bohbot. Arad Animation, ICON Creative Studio, and 41 Entertainment are the companies backing the project.

In a world of monsters, imagining innocence is hard. ‘Super Monsters’, though, has proven us all wrong and humanized it in the utmost admirable fashion. The kid’s television show has its target audience excited by giving monsters who are absolutely adorable. The series follows “a group of preschool kids, whose parents are the world’s most famous monsters, trying to master their special powers while preparing for kindergarten”. Needless to say, the show has found a strong fan following among kids and has been lauded for teaching acceptance, and the deft manner in which it balances entertainment with teaching lessons to children.

The series is one of many in Netflix’s rich repository of shows meant for kids. These include ‘Larva Island‘, ‘Luna Petunia‘ among others. The shows are meant to help the streaming platform broaden its base of viewers, and give children a healthy dose of entertainment that is packed with life lessons that they can learn and apply as they grow up.

After three successful seasons, you must be wondering will there be Super Monsters Season 4? Here’s everything we know about it.

Super Monsters Cast: Who is in it?

The main cast of ‘Super Monsters’ includes talented voice actors who breathe life into the characters that the viewers love so much. Elyse Maloway plays Cleo, a mummy who can create tornadoes and sandstorms. Vincent Tong lends his voice to Drac Shadows who has the ability of flight. Erin Mathews plays Frankie Mash, a four-year-old with super strength, and the ability to manipulate electricity. Andrea Libman lends her voice to the character of Katya Spelling, who is a young witch struggling with her powers. Alessandro Juliani appears as Lobo Howler, someone who has super speed, while Nicole Anthony plays Zoe Walker, someone who has the ability of Zombie Vision, which is essentially being able to see and walk through walls. Diana Kaarina plays Spike, someone who has wings like a dragon.

What is Super Monsters About?

‘Super Monsters’ follows a special school that trains children in the arts of becoming monsters by honing their special powers, which they inherit from their monster parents. Competition brews as the race to become the fiercest and the best boils up with each episode.

The series attempts to make the viewers sympathetic towards the monsters who are going to Pitchfork Pines Preschool. For their part, these monsters look like humans in the day and become super monsters at night. Much like the ‘Hotel Transylvania’ movies or more to the aesthetics of Guillermo del Toro, the series attempts to humanize monsters, instead of creating a sense of otherness with which we treat it.

While a lot of adults dismiss fictional monsters since we have so many real-life monstrosities to deal with, children often find it hard to bridge the gap between being scared of monsters and seeing them pop up and even be celebrated culturally, like during Halloween. ‘Super Monsters’ attempts to rectify that. Portraying them as preschool kids also make them less threatening. Moreover, kids get a taste of the parental expectations and the burden it puts on children since these monster kids are all children of famous monsters. Drac and Frankie are clearly children of Dracula and Frankenstein’s monster.

The show does not falter in its message to kids, and while the preschoolers try and become the best versions of themselves, they are nurtured by their teachers. Often, their actions lead to consequences, and they are forced to face the fact that they can either continue on the same path or change their behavior. The latter always leads to a boost in self-esteem. Thus the show lays out a roadmap for essentially becoming good human beings. The fact that they use monsters to do it, taps into the fascination that we have for monsters and also drives home the point that if monsters can do it, so can we, otherwise, we are going to be the true monsters in our own eyes.

Super Monsters Season 4 Release Date: When will it premiere?

Shows like ‘Super Monsters’ help Netflix to broaden their viewership base to include a much younger audience. More importantly, monsters are fascinating, which is why the show has been praised by its growing viewer base, and the critics, alike. We expect the show to be continued for several more seasons. If renewed, ‘Super Monsters’ Season 4 will most likely release in October, 2020.

While we wait for an update on season 4, check out the season 2 trailer below. If you haven’t seen the show yet head over to Netflix to catch all the episodes of the previous seasons.