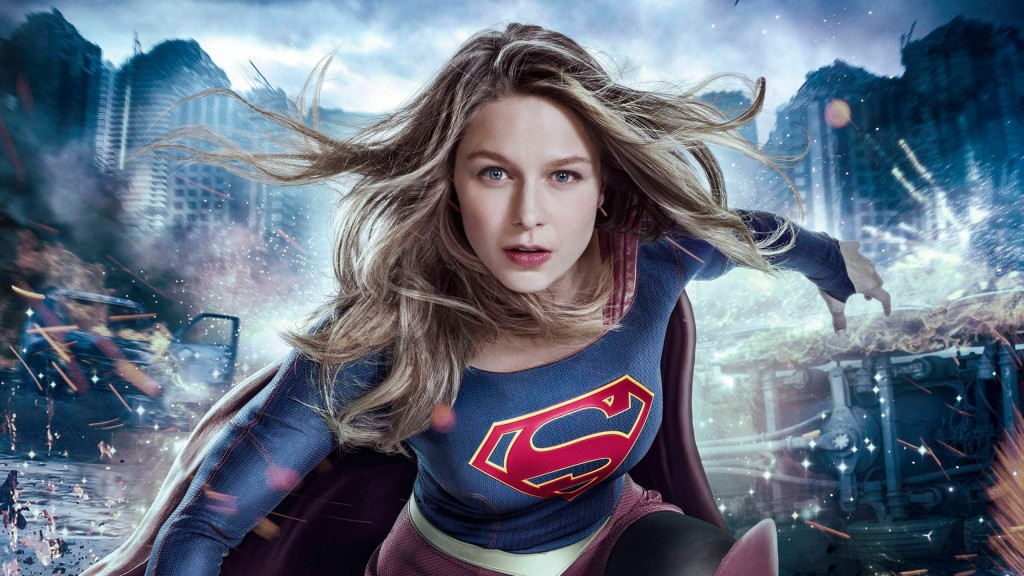 ‘Supergirl’ is an American superhero action-adventure television series that was originally made by CBS, but currently airs on The CW. Created by Ali Adler, Greg Berlanti, and Andrew Kreisberg (the latter two are also co-creators of ‘Arrow’ and ‘The Flash’), the show follows the adventures of Superman’s cousin, Kara Zor-El, who comes to Earth to embrace her destiny as one of Earth’s protectors. The show, unsurprisingly, is set in the Arrowverse and intersects with other shows like ‘Arrow’ and ‘The Flash’ which wall in the same universe.

Season 1 of ‘Supergirl’ first made its way to viewers’ screens on October 26, 2015, and was praised by television critics and viewers alike, who praised it for creativity, performances by the cast, and the themes addressed in the show. Riding on this appraisal, the show has, since then, seen four seasons air, all of which are critically acclaimed and have achieved considerable commercial success. Currently in its fifth season, the future of the show looks bright.

As far as the future of the show goes, fans should know that the show enjoys a brilliant rating and has a large viewership. Given this fact, the network is unlikely to pull the plug on the show, and it would not be wrong to expect more seasons in future.

Supergirl Cast: Who is in it?

Being a superhero show that has spanned five seasons, ‘Supergirl’ has quite an extensive list of main cast members.

Leading the pack is Melissa Benoist as 24-year-old Kara Danvers / Kara Zor-El / Supergirl, who is one of the last surviving Kryptonians. On Earth, Kara has to hide her real identity, and she assists her adoptive sister in her work for the Department of Extra-Normal Operations (DEO) in National City. Kara’s human adoptive sister, Alexandra Danvers, is played by Chyler Leigh.

Mehcad Brooks plays the role of James Olsen / Guardian, a former photographer for the Daily Planet, who moves to National City, and is one of Kara’s initial romantic interests. Jeremy Jordan plays Winslow “Winn” Schott Jr. a brilliant tech expert and Kara’s best friend, who later works as Olsen’s vigilante partner. David Harewood, meanwhile, plays the role of J’onn J’onzz / Martian Manhunter, who serves as the head of the DEO using supervillain Hank Henshaw’s appearance after the latter dies in Peru trying to kill Jon.

Calista Flockhart plays media mogul Cat Grant who coins the term “Supergirl” after Kara stars using her powers to keep National City safe. Later, Cat becomes the White House Press Secretary for President Olivia Marsdin. Chris Wood, meanwhile, plays Mon-El, a prince from the planet Daxam who has powers that are akin to those of Superman and Supergirl.

The show also features Katie McGrath as Lena Luthor, who is the half-sister of Superman’s nemesis Lex Luthor. Unlike Lex, however, Lena is not criminally inclined, and tries to clear her family’s name from the smears of Lex’s crimes. She later becomes a close friend of Kara’s.

All the main cast members are expected to return for season 5. This is Brooks’ final season, and he will leave the series in the mid-season finale. The main villains in the season are going to be Gamemnae, Rama Khan, Lex Luthor and Anti-Monitor played by Cara Buono, Mitch Pileggi, Jon Cryer and LaMonica Garrett respectively.

Supergirl Plot: What is it about?

‘Supergirl’ begins 11 years after the 13-year-old Kara was sent to Earth during Krypton’s destruction. While Kara was initially sent to Earth to protect her cousin Kal-El or Superman, her spacecraft gets stranded in space, and when she arrives on Earth, Kal-El is already Superman.

When Kara finally arrives on Earth, she was to learn to embrace her powers, which she does with help from her adoptive sister Alexandra. By the end of the first season of the show, Kara embraces her powers and emerges as the protector of National City with the alias Supergirl. As the show progresses, we find Kara dealing with all sorts of threats to National City, least of which is a shady organization called Project Cadmus that is run by Lex Luthor’s mother, Lillian Luthor. Kara also has to contend with feuds between Earth’s native populace and the occasional threat from extraterrestrials.

While going about her duty towards National City, Kara also experiences what it is like to be a human, and she falls in and out of love. Later in the course of the show, she has to deal with another Kryptonian survivor who goes from being a loving single-mother to a potentially world-destroying entity called Reign. Further, Kara also has to deal with other issues, such as fighting for the civil and political rights of extraterrestrials residing on Earth, and keeping her identity secret in the face of pressure from the government, including from President Olivia Marsdin herself.

In terms of reception, ‘Supergirl’ has consistently received stellar ratings from critics, and it enjoys a solid overall score of 87% on Rotten Tomatoes. However, weirdly, viewers have not enjoyed the show as much as television critics have, and ‘Supergirl’ has a mediocre rating of 6.4/10 on IMDb, after nearly 95,000 votes.

Check out the trailer of season 5 below.