Superman and Lois Episode 8 What to Expect? 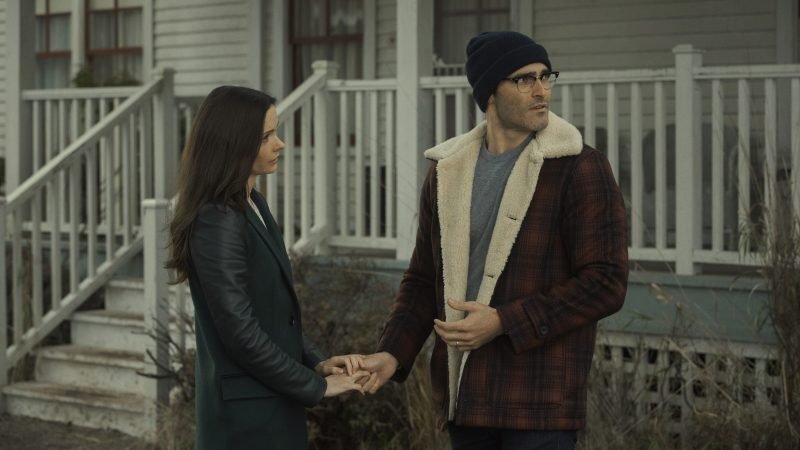 In the latest episode of ‘Superman & Lois’ season 1, Lois and Clark tackle a new enemy suspected of being a Luthor. But there is a backstory that feeds his intent. In a brief journey down memory lane, we learn that his hatred for Superman stretches far into the past. If you haven’t watched the episode, you can check out the recap laid out at the bottom. But first, let us dive into the details for ‘Superman & Lois’ episode 8!

If you’re excited to catch ‘Superman & Lois’ episode 8 on TV, you can tune in to The CW at the aforementioned timeslot. You can also visit The CW’s official website or The CW app to stream the episode there one day later. If you have cut the cord, you can resort to Live-TV websites like DirecTV, Youtube TV, and Fubo TV, where you can also check the availability of older episodes. Fans of the show can either buy or rent the episodes on VOD platforms such as iTunes, Vudu, and Amazon Prime Video.

‘Superman & Lois’ episode 8 is titled ‘Holding the Wrench.’ In the next installment, Lois will suffer from a mental breakdown, and to ease up the situation, Clark will motivate her to seek help. Superman’s reputation will be at stake after John publicizes the story of the villainous Superman who ruined his world. He thinks it is only a matter of time before Clark’s world replicates the tragic events that took hold on the other planet. Elsewhere, Jonathan will face a dangerous situation that will rile him up. Lastly, Kyle will motivate Sarah to audition for the musical revue at school. You can take a look at the promo for the episode below!

The latest episode of ‘Superman & Lois’ is titled ‘Man of Steel.’ After the entry of The Stranger into the planet, Clark and Lois are trying to know why he is in town planning to take them down. As the spirit of warfare intensifies, Lois forces the man assumed to be a Luthor to tell her the truth. The episodes feature flashbacks where his planet is being butchered by Superman, and even Lois is not spared. He kills her off on the other planet. As a result, The Stranger and his daughter desperately attempt to seek revenge.

Revealed to be a doting family guy named John Henry Irons, he used the Luthor ship to come to their planet and wreak havoc. And for a moment, he does capture Clark, but his sons Jordan and Jonathan show up on time and rescue him. After The Stranger is busted, we learn that he is not a Luthor. Meanwhile, Sarah begs Jonathan to tell her the truth, but it only causes a misunderstanding between the brothers when Jordan hears them talk. Morgan and Leslie continue to recruit new volunteers for their experiment but realize that it is pointless since Leslie is the only one who could optimally use its abilities. In the end, Lana discovers that Morgan has been keeping tabs on her.