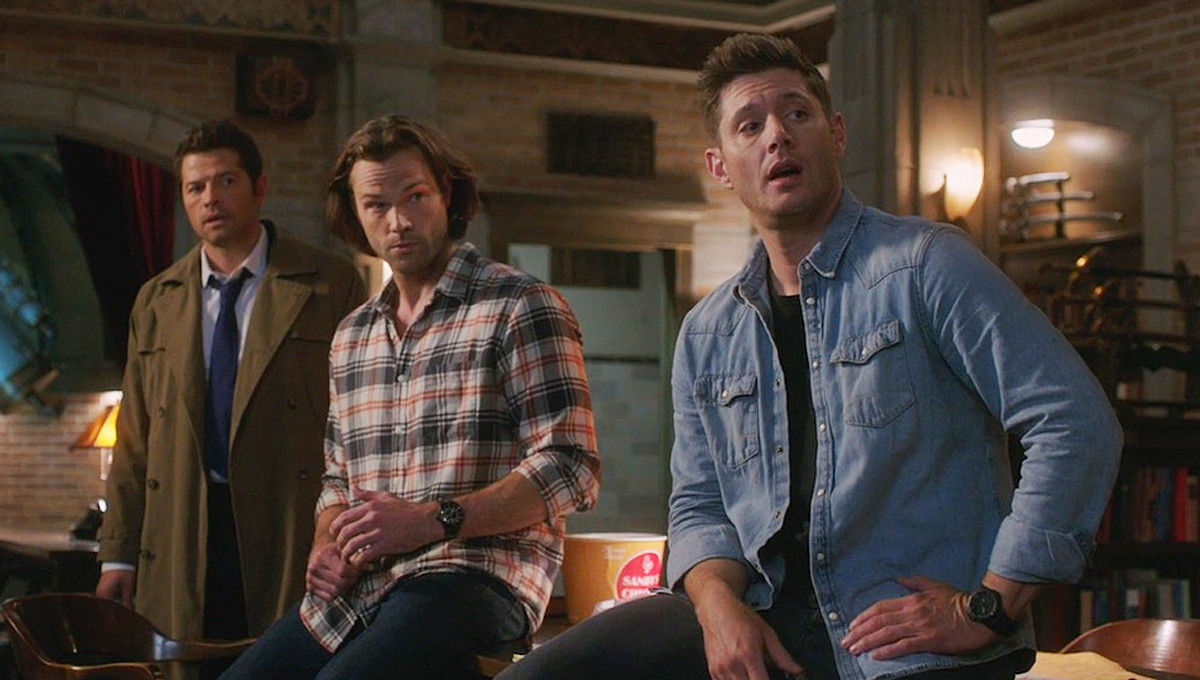 When it comes to the Winchester family, it is all about hunting demons, tracking down monsters, and killing things. That has always been the family business. Ever since Sam and Dean lost their mother to a demon attack, their father has been a ‘hunter’. ‘Supernatural‘ tells the tale of the brothers, who go on their own adventures.

The long-running show has amassed an enormous fan following and is likely to be getting a crossover episode with ‘Legends of Tomorrow‘. Over the seasons, we have seen the Winchesters battling angels, demons, Lucifer, leviathans, and even stepping up to God! Currently, the show is on Season 15 and is back after quite a long break. Naturally, you might be wondering about what goes down in the recent episode.

We are here to walk you through it while telling you when and where you can stream the upcoming episode.

Supernatural Season 15 Episode 13 Release Date: When Does it Premiere?

‘Supernatural’ Season 15 Episode 13 is slated to be released on Monday, March 23, 2020, at 8/7c on The CW. Titled “Destiny’s Child”, the episode sees the Winchesters looking for something to give them an edge over God. They head to Jo’s door, only to come to a secret that might have died with Ruby.

Meanwhile, Castiel convinces Jack to help out the brothers. You can check out the promo for the episode, below.

‘Supernatural’ is on The CW, so the ideal way to catch the series is to have a cable connection. However, in today’s day and age, many viewers are doing away with cable subscriptions, relying solely on the internet. In that case, you can head to The CW site, to stream the episodes. You can also make use of their app.

If you are a cord-cutter, you have some options on hand, like using Fubo TV, YouTube TV or Direct TV. Netflix is home to numerous viewers around the world since the premier streaming platform is known for its content. You can stream the previous episodes of ‘Supernatural’ here, and Season 15 will be added a week after it airs the final episode on The CW.

The episode starts with God deciding to wipe the other earths from existence because the Sam and Dean on the original earth are the ones for him. The brothers challenge him and disappoint him, basically keeping things interesting. Meanwhile, as the other worlds die off slowly, Sam, Dean, and Castiel try to figure out how to take down God.

Naturally, Sam is worried about what it might mean for the cosmic balance. However, the brothers’ ruminations are interrupted when they need to rescue Dark Kaia. In the course of this mission, Castiel ends up meeting Jody. Jack is in a position to help but must lie low so Chuck cannot detect his powers.

However, there is a way to work around that, and the Winchesters manage to return Dark Kaia to her own world and get back this world’s Kaia. Meanwhile, Billie shows up, and we learn that Billie is now Death. She informs them that the Winchesters are basically the messengers of God’s destruction. With the pressure piling on, it remains to be seen how the final episodes turn out.