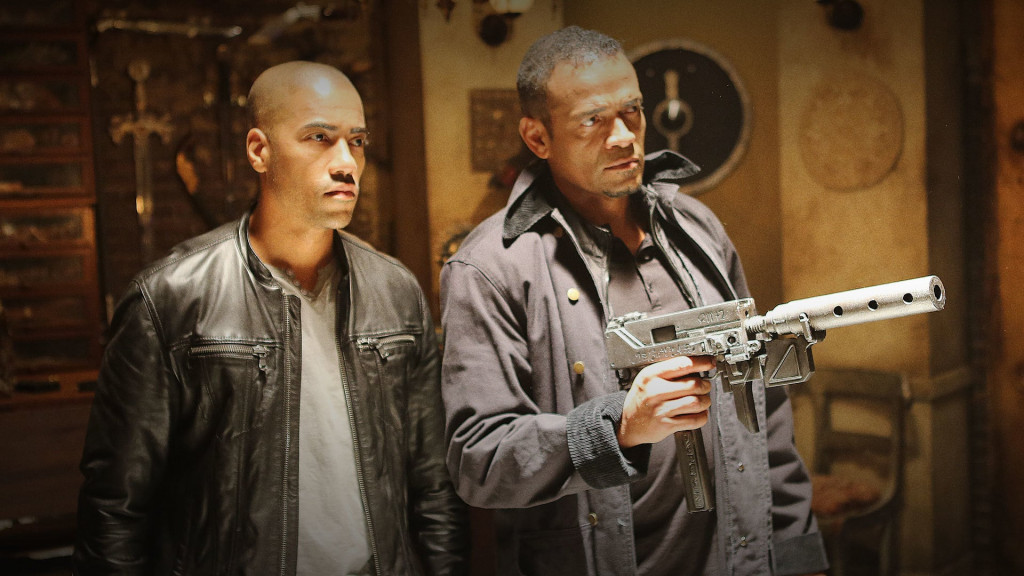 Superstition is an American horror and drama television series which contains 12 episodes and is created by Joel Anderson Thompson with Mario Van Peebles. Superstition’s plot is based on the Hastings family who were the owners of a funeral home. They are also owners of the cemetery in La Rochelle, Georgia which is known to be quite mysterious. The family is known to provide additional services for the aftermath of dead people killed by demonic internals. It is an interesting watch. The show is completely unpredictable and can maintain the audience’s interest. It was described as an entertaining, offbeat, and thought-provoking show in the history of horror and drama series. The story of the series is fresh and is based on a unique concept which differs from regular television series. It premiered on October 20, 2017, on channel Sify. The runtime of each episode of the show is 43 minutes.

Superstition Season 1 Plot: What’s it about?

The story is based in a town named La Rochelle in the Deep South where superstitions, ancient myths, and legends are true. There is where the Hastings family lives. They are the sole owners of the mysterious funeral home and the graveyard in La Rochelle. In addition to providing funeral services for all faiths, the “family speciality” is handling “afterlife care” for any unexplained deaths of people who occur at the hands of demonic “Internals.” There is another unworldly phenomenon that has long haunted the town. The Hastings make use of arcane weaponry, incredible strength, mystical alchemy skills, and their in-depth knowledge of the occult and ancient lore from around the world to quell the evil within the shadows of the town. The first season got good responses from the critics and audiences for its treatment of the storyline. It had a few drawbacks that needed to be fixed but overall, was an average show. It keeps the audiences engaged and addresses the current zeitgeist. The uniqueness of the show is that it’s multi-layered. It is superficial, fun, metaphysical, profound and complex all at the same time. It can gain attention from the audiences and build their interest from the beginning.

Superstition Season 1 Cast: Who’s in it?

The first season concluded on January 18, 2018. The production house announced the cancellation of the show after the first series. When the trailer was out, it already created a buzz and grabbed lots of eyeballs in the audience. Few people criticised the show, but it did well. It even got good remarks from critics. Unfortunately, due to reasons unknown, it got cancelled on June 6, 2018. It was a complete shock for fans across the world. The series can yet be enjoyed anywhere and anytime on Netflix who bought its international airing rights on April 29, 2018. Hence, as of date, the next season of the show stands cancelled.