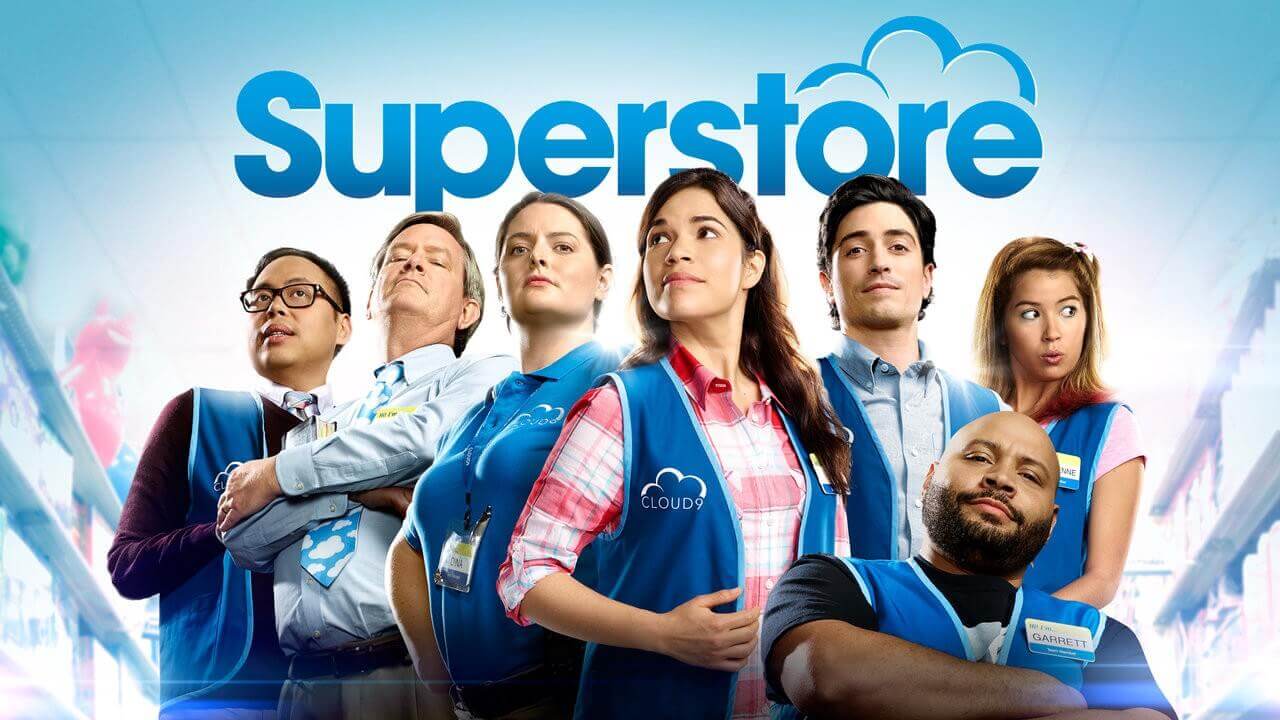 ‘Superstore’ is an American single-camera sitcom comedy television series that airs on NBC. The series first premiered on November 30, 2015. Justin Spitzer is also the creator of the series.

The series basically follows a group of employees who work at ‘Cloud 9’, store number 1217, which is a fictional big-box store in St. Louis, Missouri. There have been different stores under the Cloud 9 cluster, in shows produced by NBCUniversal Television, which include Hulu‘s ‘The Mindy Project’, and NBC‘s ‘I Feel Bad’ and ‘Good Girls’.

‘Superstore’ has had crossovers with all these shows. Understandably, being part of crossovers must indicate that the show already enjoys a degree of popularity among fans. However, that is not all, since critics too have lauded it, with Variety saying, “It’s a sharp yet warm workplace comedy, and it manages to be both nimble and incisive about an array of issues a lot of comedies artfully avoid.”

As far as the future of the show goes, fans should know that NBC increased the number of episodes from 18 to 22 for season 5, which indicates the network confidence in the show.

Superstore Cast: Who is in it?

The cast of ‘Superstore’ is led by America Ferrera, who plays Amelia “Amy” Dubanowski. Ben Feldman appears in the role of Jonah Simms. Colton Dunn and Nico Santos play the roles of Garrett McNeil and Mateo Fernando Aquino Liwanag respectively. We also see Nicole Bloom play the role of Cheyenne Thompson. Mark McKinney and Lauren Ash appear in the roles of the positive manager of the store Glenn Sturgis, and the no-nonsense assistant manager Dina Fox respectively.

Superstore Plot: What is it about?

‘Superstore’ simply takes a look at the lives of employees at a big box store, but it is immediately evident to viewers that the series goes way beyond that. Like most comedies, the show does not shy away from political topics, but instead of being didactic and preachy, thus losing audience interest, ‘Superstore’ manages to retain its humor. With an amusing and artfully absurd approach, it tackles issues that affect the everyday lives of Americans, like income inequality, and the ever-widening gap between the haves and the have-nots of society.

While a few other shows have tried to portray the financial struggles of modern-day America, most notably, ‘Jane the Virgin‘, they often transition to aspirational narratives, where we see the characters eventually progress to comfortable lives. However, ‘Superstore’ refrains from doing that, firmly placing its characters on the shakier and lower rungs of the socioeconomic ladder.

Through the characters, it explores various issues like race, gender, class, sexuality, while also showing the full range of emotions and aspirations including crushes, ambitions and even shopping cart tricks. What stands out in the show is how the ensemble cast uses razor-sharp and reliable humor throughout, to get their message across to the audience.

Over the seasons, we see the show gradually but steadily begin to dismantle the idea of the American dream. However, there is no anger behind the dismantling, nor any quiet desperation as was captured so brilliantly by Arthur Miller in ‘Death of a Salesman’. Instead, ‘Superstore’ opts to go with a brand of corporate indifference that is often noted in organizational structures. It demonstrates how the dissatisfaction and solidarity among employees can be more comic and satisfying, taking a leaf from ‘The Office’, when the employees are lower in the pecking order. It is unsurprising since Spitzer worked for quite a while on ‘The Office’.

Coming to Cloud 9 itself, it is a fictional hypermarket which sells typical products found in these places, but also sells guns and liquor. The store also has a pharmacy. From what can be understood, the Cloud 9 upper management is rather exploitative and untrusting of their employees. Thus, the locks and lights, temperature controls, are all handled remotely by upper management.

Moreover, employees are allowed only one bathroom break per shift and have only 15 minutes allocated for lunch. To top it off, the corporation does not offer maternity leaves, health insurance or overtime pay to their employees. The fact that they still retain employees despite the harsh working conditions goes on to show the state of employment in the US, and how big corporations are exploiting that.

You can check out the trailer of’Superstore’ Season 5 below.