When Will Superstore Season 5 Episode 12 Premiere? 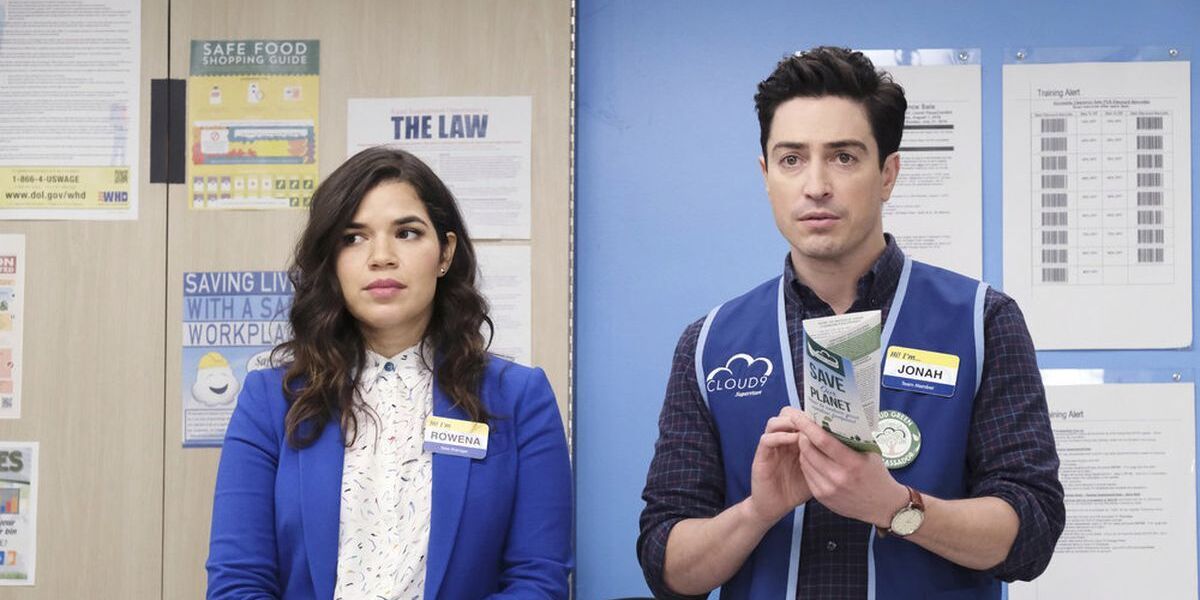 ‘Superstore’ is a Blue-collar comedy that spews friendly banters, training sessions, and serious relationship developments that occur between the employees, who are more like a family, at a mega store, Cloud 9.

‘Superstore’ season 5 premiered on September 26, 2019, and went on a mid-season break on December 12, 2019, after blessing fans with episode 10, that follows Jonah and Sandra, on their way to Chicago to propose a deal to the corporate, which thankfully gets accepted. Unfortunately, the deal falls out as things go south at the store with Maya informing Amy that Cloud 9 has been sold and the new owners are refusing to consider existing labor contracts.

The show didn’t test the patience of their fan base and got back from the break on January 9, 2020, with another banging episode. You must be wondering about what goes down in the latest episode, and we are here to help you with that. However, first, let us walk you through when and where to watch the upcoming episode of Superstore. As an added bonus, we will also give you a quick recap on the mid-season premiere.

Superstore Season 5 Episode 12 Release Date: When Will It Premiere?

The upcoming episode has been titled ‘Myrtle.’

Episode 12 is surely going to tug at your heartstrings, as it is a tribute episode to late actor Linda Porter who passed away on September 27, 2019 at the age of 86. Linda is known for playing the role of a beloved associate of ‘Superstore,’ Myrtle.

To honor her legacy on ‘Superstore’, the show acknowledges the passing of Myrtle and follows the employees as they cope with the loss of their loving co-worker. She surprisingly leaves a huge stash of cash in Jonah’s name. On the other hand, Dina gets a surprise visit from her estranged father, Mr. Fox. (‘Breaking Bad’ actor Dean Norris steps into the role of Howard Fox).

You can watch the ‘Superstore’ season 5 episode 12 by tuning to NBC at the above mentioned time. You can also catch the show on NBC’s official website and also on the NBC app.

If you don’t have a cable subscription, you can watch the show on Hulu, Direct TV, and Fubo TV. ‘Superstore’ is also available as a VOD service on YouTube TV. You can also purchase the episodes on Amazon Prime.

Garrett and Dina come to Sandra’s aid and help her stand up to Carol, who has been displaying a condescending behavior for a while now. Strangely, something seems to be really off with Carol. Is she weaving a plan to ruin Sandra’s wedding or even steal her man Jerry? Anything is possible. I mean, it’s Carol we are talking about.

Through Jonah’s dense men’s right movement, the show addresses the issue of gender equality in a light but powerful manner.