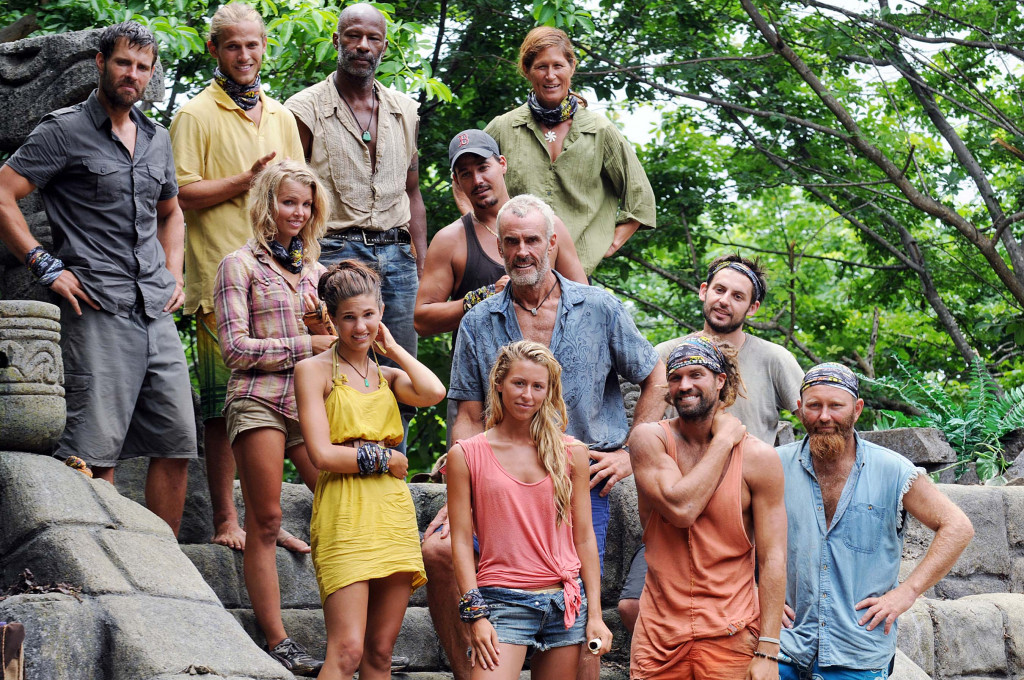 ‘Survivor’ is an American version of the ‘Survivor’ franchise and is derived from the Swedish show ‘Expedition Robinson’ that was created by Charlie Parsons and first premiered in 1997. The series airs on CBS and first premiered on May 31, 2000. The show is hosted by Jeff Probst. Survivor Productions LLC, Castaway Television Productions, Mark Burnett Productions, One Three Media, United Artists Media Group, and MGM Television are the companies backing the project, while Probst is on board as an executive producer along with Mark Burnett and Charlie Parsons.

The basic premise of the show is about contestants who are left on an isolated island and must fend for themselves, by way of gathering food, water, arranging for clothing and shelter. As they battle it out among themselves, they also have to face various challenges and beat them in order to not be eliminated. As the contestants progressively decrease, the winner eventually gets to take home a million dollars. The show has garnered a large fan base and has become immensely popular over the seasons.

Survivor Cast: Who is in it?

The cast of ‘Survivor’ is solely dependent on the contestants who are part of the show in each season. Since the contestants change over the seasons, there is no fixed cast for the show. Though, host Jeff Probst remains a constant across all the seasons.

For season 39, the list of notable contestants includes Tom Laidlaw from Bramption, Ontario, who is a retired hockey player for the NHL, Elizabeth Beisel, an Olympic swimmer, and Ronnie Bardah, a professional poker player who won a World Series of Poker bracelet at the 2012 World Series of Poker. “Boston” Rob Mariano and Sandra Diaz-Twine will serve as mentors in the upcoming season.

Survivor Plot: What is it about?

‘Survivor’ is basically about a group of people who are left in an isolated location, and have to figure out how to survive, gathering food, water, shelter and finish the challenges in order to come out on top and win a million dollars. The format of the show is basically about the contestants being divided up into two or more tribes, and they have to compete against each other for privileges like food, immunity, and luxuries. Eventually, as the season progresses, the tribes merge as one and then the players all play against each other individually rather than in a group. Among them, the eventual winner is declared the sole survivor. Over the season, there are tribe meetings where everyone collectively decides who should be eliminated. While this is the core format, the US version introduces several twists to keep players alert at all times. These include the aspect of switching members between tribes, giving the option of redemption, and of short exile, among many others.

The basic aim of the show is to trigger the primal reptilian instinct in the human brain, where a person will only think about watching out for themselves, as they have to face a hostile environment. However, among all this, there is a hint of teamwork at the start, and every member has to pull their own weight, else they will get voted out at the tribe meeting. However, when each one is left to fend for themselves, the really ugly side of human nature comes out, and the show displays how we will go to any lengths to come out on top. This is Darwinism at its finest that we see on the network.

A critic summed it up wonderfully, saying, “Survivor isn’t at all about shipwreck victims lost at sea foraging for food. It’s a microcosmic experiment in social Darwinism. ‘Who shall we get rid of today?’ We’ve all wished at some point or another (especially as teenagers) that we could be rid of someone in our life. But we’ve always been taught to mend fences and learn to get along. The world according to Survivor, however, would teach kids that the best way to get ahead is to rally popular support and eliminate the undesirables.”

While the premise might be Darwinian, it is not exactly a survival of the fittest that we see play out in front of us. It takes into consideration the fact that humans have advanced to the point where the brain matters more than the body. Thus the show is more about participants being able to outthink and outsmart their contemporaries to go on and win the prize. There is a lot of duplicitous behavior going around in the show, but it is part of surviving and making the best of a bad situation. The show challenges various aspects of the participants, including their physical constitution and mental fortitude through tests of willpower, patience.

It is not just a reality show, or it is not just about games and guilty pleasure. The show is an interesting study of human behavior which has appealed to the crowds. Hopefully, the series continues in a similar manner in the upcoming season, and we hope to see more of the contestants take it to extremes in order to survive in hostile environments.

Survivor Season 39 Release Date: When will it premiere?

The 39th season is expected to last till 14 episodes and will come to an end on December 18, 2019. The good news for the fans is that show has already been renewed for a 40th season.

Here’s season 39 trailer to get you excited.