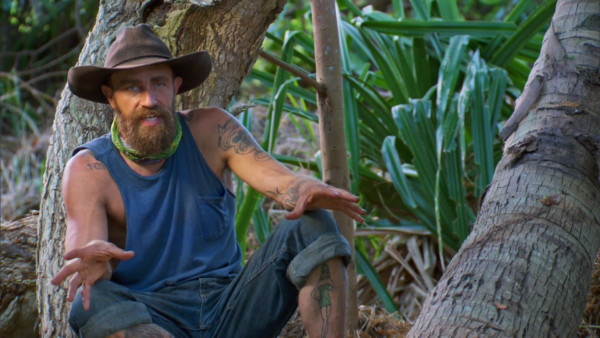 ‘Survivor‘ is off to a great start in Season 40. The last episode finally sees Camp Sele edging past Dakal in a challenge. As a result, Tyson is voted out of Dakal, and he gives his fire token to Nick. With growing discontent among Dakal members, the current episode shakes things up with a team switch.

Eager to find out what drama and challenges lie ahead? You can check out the recap below, while we walk you through when and where to watch the upcoming episode.

Episode 5 picks up after Tyson has been sent to Extinction Island. We see that Nick is rather pleased with him gone, as Tyson was the troublemaker in Dakal. It appears that bequeathing the fire token to Nick has not sweetened his opinion.

Meanwhile, we see Yul deepening relations with Sarah and Wendell. The tribes eventually meet Jeff on the beach where they started Season 40. This is when we get to know about the team switch. It appears that there are three tribes now. Sele has Wendell, Michele Fitzgerald, Parvati, Yul and Nick, while Dakal consists of Jeremy Collins, Denise Stapley, Kim Spradlin-Wolfe, Sandra and Tony Vlachos. There is also a new green tribe which has Rob, Sophie Clarke, Adam, Sarah and Ben Driebergen.

As the members adjust to these switches, it is evident that new alliances have to be made. For the green tribe or Yara, the situation is harder, as they have to start from scratch. When it comes to the challenge, the tribes have to overcome a series of obstacles, including a sandbag toss, and a puzzle at the end. Yara starts off strongly, with Dakal appearing to be the slowest.

However, in the frenzied panic of the challenge, Dakal gains ground, and ultimately Denise and Tony finish it to earn Dakal the second immunity. It appears that Yara has a problem, with the guys ganging up on the girls. They even call it the ‘buddy system’. When the time for tribal council comes, the girls try talking to the guys but they refuse to bite. Finally, it is time for the voting, and it appears that Rob is voted out.

Adam and Ben seem to have turned on their buddy, who leaves without a word. The ‘buddy system’ is short-lived, after all, and we get to know that Rob has given his fire token to Parvati. Undoubtedly, the next episode is bound to be more exciting with the possibility of only one tribe being safe from the vote.