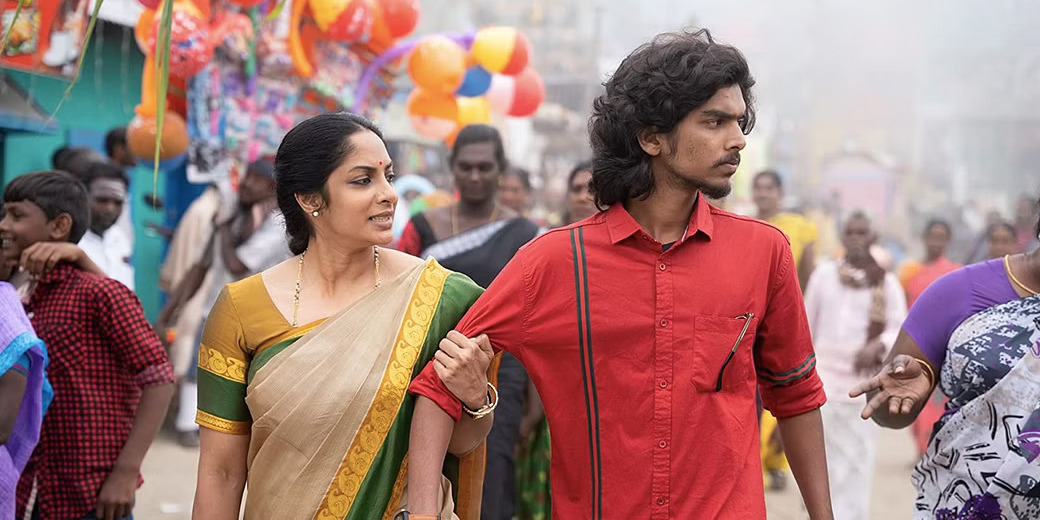 The collaborative creative powerhouse of Pushkar-Gayathri gifted the world the gripping Tamil-original thriller series ‘Suzhal the Vortex.’ Staying true to the name, the series plunges the audiences deep into the vortex of lies, mystery, and secrecy surrounding the small township of Sambaloor. When the daughter of the worker’s union leader goes mysteriously missing, the police embark upon a thorough investigation.

On the other hand, tension brews as past secrets wait to come out. Populated with dynamic characters and concealing an intelligent detective bend, the series caused quite an uproar following its release on Amazon Prime Video. However, following the first season’s downfall, you must wonder about the prospects of a sophomore season. If the thought is bugging you, let us end the misery.

‘Suzhal the Vortex’ season 2 premiered in its entirety on June 16, 2022, on Prime Video. However, in countries such as Germany, India, and Spain, the series premiered a day later, on June 17, 2022. The first season packs eight episodes with runtimes ranging from 42 to 56 minutes per episode. Let us now walk you through the prospects of a sophomore outing.

Speaking about the prospects of a second season, the creators sounded hopeful. They divulged having a fleshed-out idea for another season, stressing that the writing process takes some time. However, the ball ultimately falls in the court of the streaming giant. Amazon takes around two months to look at the cumulative viewership data, but the early critical and audience responses have shown much promise. Therefore, while the official confirmation is still to come out, we expect ‘Suzhal the Vortex’ season 2 to premiere sometime in late 2023 or later.

Suzhal the Vortex Season 2 Cast: Who Can Be In It?

Almost all cast members may reprise their respective roles if a second season becomes a reality. In prominent roles, the series features Kathir as Sub-inspector Chakravarthy (Sakkarai), Aishwarya Rajesh as Nandini, R. Parthiban as Shanmugam, Sriya Reddy as Inspector Regina Thomas, Harish Uthaman as Trilok Vadde, and Nivedhithaa Sathish as Lakshmmi (Sakkarai’s wife). All or most of them may return for a possible second haul. We may also see a few fresh faces,

Suzhal the Vortex Season 2 Plot: What Can it be about?

After twists, turns, and occasional shortcuts, the season ends on quite an enthralling note. As Regina and Shanmugan overstep the boundaries of the law to teach a lesson to Mr. Trilok, the latter heads to a hospital. Thankfully, Sakkarai knows that Mr. Trilok is not the child abuser they have been looking for. Nandini remembers her childhood trauma, confronting uncle Guna on the festival’s final day. It is revealed that Guna killed Nila and Adhisayam. Nandini kills Guna, and seemingly, Sakkarai takes the blame.

The second season may begin in the aftermath of the first installment. It may answer one of the most glaring questions from the first season regarding the death of Ammani, the girl who disappeared 25 years ago. We shall also know whether Regina and Shanmugan come out of jail anytime soon. In the absence of the factory, the township of Sambaloor and its people may face structural changes and even gentrification of other kinds. In that case, the townsfolk may be up against an invasive force, and an inter-personal mystery may act out in the backdrop of the rising tension. Rest assured, the potential second season will be as mind-boggling as the first one, if not more.