Will There be More of Swamp People? 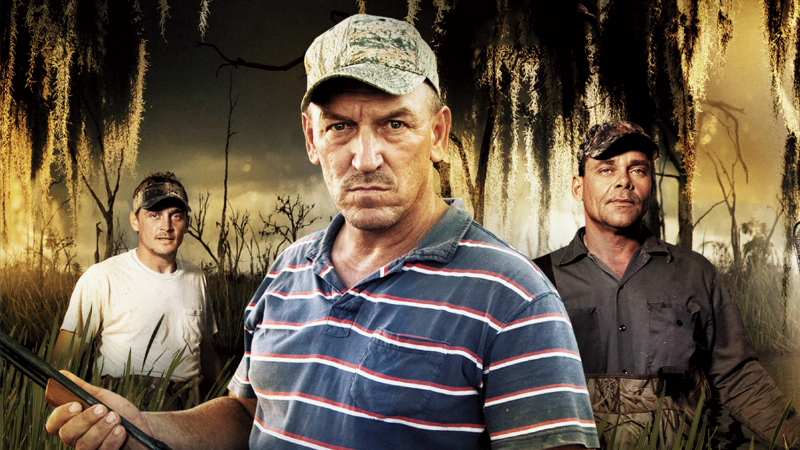 ‘Swamp People’ is an American reality television series that airs on the History Channel. The series first premiered on August 22, 2010, and it is developed and created by Dolores Gavin. Atchafalaya Basin in Louisiana served as the initial filming location and Pat Duke acts as the narrator.

The series has gained popularity among fans and has led to spin-offs including ‘Outback Hunters’, which also airs on History and deals with the crocodile hunters in the Top End of the Northern Territory of Australia. Another spin-off titled ‘Swamp Mysteries With Troy Landry’ also airs on the same channel, where Troy Landry tries to capture creatures causing a problem locally, across the Southern United States, with a little help from the locals.

The decision on part of the History channel to expand the franchise and include the spin-offs proves just how popular the original show is on the network. The show’s popularity does not just extend to spin-offs; it has also expanded to games that are tied in with the series. ‘Choot’Em Angry Swamp’ or ‘Angry Swamp’ is an arcade-style game featuring Troy Landry from the original show. ‘Swamp People’ also known as ‘The Swamp People Game’ is another addition. It is a hunting simulation game. The vastness of the franchise is a testament to its loyal fan base.

And hence, it is no surprise that the series has been renewed multiple times and has spawned 11 seasons to date. Now the question is: will we see a ‘Swamp People’ season 12? Read on to know.

Swamp People Season 12 Release Date: When Will it Premiere?

Until now, History has not renewed the show for another outing. But since the title is one of the biggest rating generators for the channel, we expect it to span another installment at least. If History goes ahead with a renewal, fans might expect the series to return to its regular January-February annual slot next year. But owing to the 2020 COVID-19 pandemic, the filming for a potential 12th edition might get delayed. In all probability, we can expect ‘Swamp People’ season 12 to release sometime later in 2021.

Swamp People Season 12 Cast: Who Can be in it?

Over the seasons, the cast members have changed as the environment is highly risky. Hopefully, in the potential upcoming season, we will see all these hunters return, along with a bunch of fresh new faces who are bound to make things more exciting.

What Can Swamp People Season 12 be About?

‘Swamp People’ follows the day-to-day activities of gator hunters who hunt American alligators for a living and live in the swamps of Atchafalaya River Basin. The series showcases the wild swamplands of the southern part of Louisiana, which is part of America’s last frontiers. This place has a history that goes back to the 17th century.

The hunting season begins in Louisiana in September on the first Wednesday and lasts for a month. During this time, lots of alligator hunters follow a 300-year-old tradition and earn most of their yearly income. A certain number of tags are issued to each hunter that must be attached to their kills. When a hunter runs out of tags, his part for the season is over, and they can’t hunt more alligators for the rest of the season.

This 30-day window provides the hunters with opportunities to kill alligators and earn a big chunk of their annual income. The main goal of alligator hunters is to run out of tags before the season ends. Most of the hunters harvest other species during the rest of the year such as turtles, raccoons, crabs, shrimp, crawfish, fish, and more. These species provide the hunters with a more permanent way of holding down full-time jobs in such industries and to augment their incomes. The location of filming has expanded during the last few seasons onto swamplands of Texas and other parts of Louisiana.

The reason ‘Swamp People’ has captured the hearts and minds of the audience is because of the danger involved in the show and its portrayal of a life from which the viewers are very far removed. The unpredictability of wild animals, the process of capturing and killing them brings a constant sense of intensity that keeps the audiences hooked. The lives of these people are ruled in the same way as ours, there are ups and downs, disappointments, and successes.

Hopefully, the series will continue in a similar manner in the upcoming season and we will get to see more adventures, more excitement, as the gator hunters not only go up against one of nature’s most ferocious creatures but manage to get the best of them and survive –while making money in the process.

Check out one of the preview clips for season 11 below:

There’s a lot of work to be done when #SwampPeople returns on Thursday, January 23rd at 9/8c on @HISTORY. pic.twitter.com/WUheavCQwS