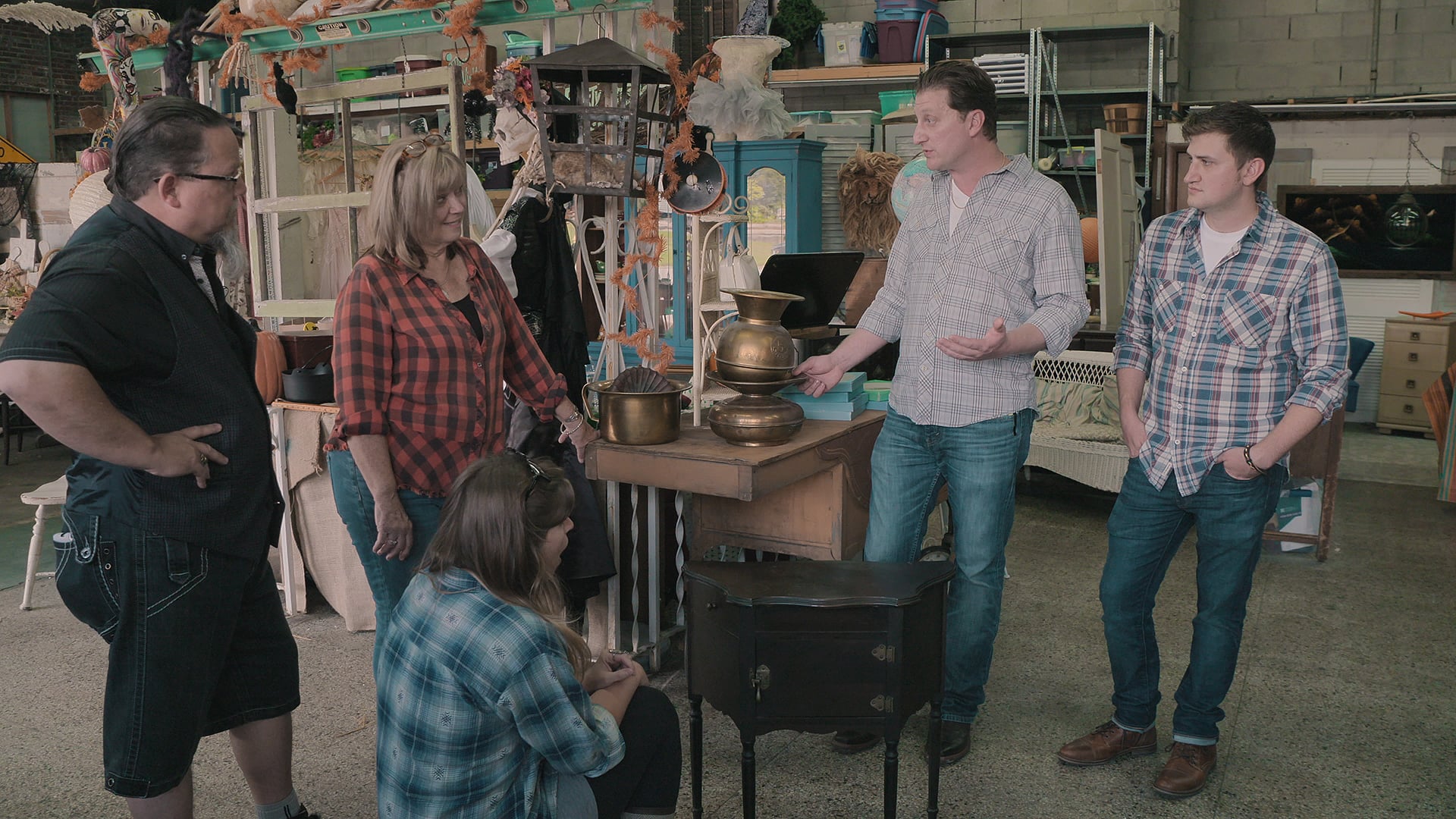 In what can only be described as a quirky reality series, Netflix’s ‘Swap Shop’ delves deep into the process of how bargain hunters expand their collection of unique items with the help of a local radio show. After all, the titular airwaves program gives out the details of commodities available for sale or trade, allowing the business-minded individuals to rush in and maybe even land some sweet deals. It first premiered on November 9, 2021, and opened to a positive response from critics and audiences.

This production is essentially a blend of ‘Pawn Stars,’ ‘Storage Wars,’ and ‘American Pickers,’ mainly because the finds don’t always serve a professional purpose; they could hold a personal sentimental value. Thus, there’s no denying that it is as compelling as it is binge-able, leading many to wonder if ‘Swap Shop’ season 3 is genuinely in the cards or not right now. So here’s what we know about it.

‘Swap Shop’ season 2 landed in its entirety on Netflix on February 16, 2022. Like the previous installment, the second season comprises six episodes as well, with a runtime of about 26-31 minutes each to give us an inside look into the different domains and interests of people. In short, you can binge the whole season in just about 3 hours.

Coming to season 3, neither the show’s creators nor Netflix officials have confirmed or denied its renewal as yet. However, considering the pattern until this moment, we can hope for the show to come up with another season. ‘Swap Shop’ was reportedly given a two-season order from the get-go, suggesting that the streamer wasn’t too worried about its commercial success due to its light-hearted concept. Therefore, now that it actually has a fan-following, they might find themselves inclined to order another installment.

It usually takes a month for Netflix to decide on a series’ fate, and a large part of it depends upon viewership, production availability, as well as expansion opportunities. From what we can tell, all these aspects are looking promising for the show in question as of writing, meaning it could be regenerated by the time summer rolls around. If so, taking the planning, filming, and post-production process into account, we can expect ‘Swap Shop’ season 3 to premiere sometime in Q4 2022.

Swap Shop Season 3 Cast: Who can be in it?

Both seasons 1 and 2 of ‘Swap Shop’ revolved around the same eight pairs of buyers as they pushed to discover unique items. Thus, if renewed, we’ll likely see the main cast members once more in season 3. Since the radio show or any individuals associated with it never really got screentime, we expect to hear radio jockey Jay Phillip’s voice over the airwaves, and that’ll only happen if we ever get to witness the duos wait for something interesting to come to light again, as we have for two entire seasons until now.

In other words, the cast members of a possible season 3 may include Victoria “Tori” Clooney and Larry of West Main Antiques, Dale Kyker and Scott Jones of Kyker’s Extreme Automotive, along with JD and Bobby of JD’s Realty & Auction and The BobMart, respectively. Joining them could be married couple Jen and Doug of Pickers Paradise, brothers Sammie and Mark Isaac of Sammie’s Auction House, and loving pair JP Mathes and Fiddling Leona. Richard Davis and Garin Dickerson of Nirvana Comics and Leo and Danny of Versus ATL may also return for ‘Swap Shop’ season 3.

What can Swap Shop Season 3 be About?

If ‘Swap Shop’ season 3 does get greenlit, it will probably follow the same format as the first two installments. We will see the duos tune into the radio station to get the scoop on a variety of goods to expand their personal and/or professional collection. Once they hear something of interest, as we mentioned above, they rush out the door in the hopes of being the first to reach the person wanting to part with their belongings and make a beneficial deal for all.

Accordingly, the cast members do their best to retain a diamond in the rough, restore the same, and then keep/resell it for a significant profit behind the scenes. The series primarily proves the saying of how one person’s trash is another person’s treasure at every step of the way, making things all the more intriguing for us.