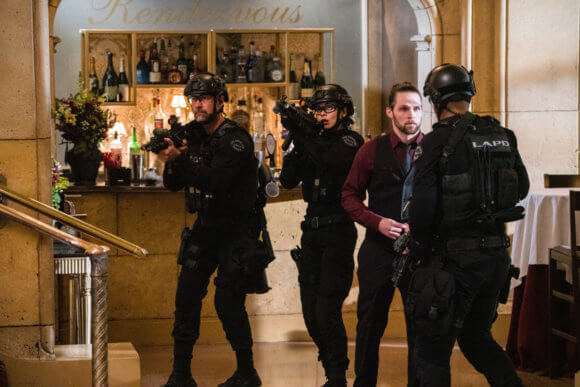 ‘S.W.A.T.‘ is an explosive show that does not shy away from the action. Hondo and his team embark on difficult and dangerous missions, where they try to save the day. In fact, the last episode sees the team tracking a child’s kidnapping, which ends up being linked with the boy’s father’s former involvement in an extremist group.

Naturally, you might be curious about what happens in the latest episode. We are here to give you the rundown and walk you through when and where to watch the upcoming episode.

S.W.A.T. Season 3 Episode 18 Release Date: When Will it Premiere?

‘S.W.A.T.’ Season 3 Episode 18 is slated to be released on Wednesday, April 8, 2020, at 10/9c on CBS. Titled ‘Stigma’, the upcoming episode sees the team searching for Buck, their former unit leader. The man is off the grid and might be having suicidal thoughts.

As the search continues, we see one of the team’s most brutal missions, in flashbacks. The members also share the difficulties of being part of S.W.A.T.

‘S.W.A.T.’ is on CBS, so you can watch it using a cable subscription. If you don’t have one, you can turn to the CBS site and stream the episodes. Cord cutters can use options like Direct TV, YouTube TV, Philo or Fubo TV. Amazon Prime users can buy and stream episodes of the show, while Hulu subscribers can catch the first two seasons of ‘S.W.A.T.’.

The episode starts with Deacon talking to his friend, who works in private security. Soon, however, Deacon has to go to work, observing a high-level meeting between gang members, in an LA hotel. While several gang members are present, the team take the roof of the hotel, listening in via wiretaps.

Downstairs, in the bar, one of the gang member’s girlfriends enjoys a drink. As the team is listening in on the gang’s conversation about moving their product safely, an altercation breaks out at the bar. The girl’s father comes out of nowhere and asks her to go with him.

When it is revealed that he is a sheriff, a gang member shoots him dead. Soon, everything is thrown into chaos and the various gang members try to make their way out of the hotel. As a result, the lives of others are jeopardized. One tries to crawl through the ducts, while one gang member takes a hotel employee hostage.

The team also discovers that a tech billionaire is one of the people in the hotel. This individual is taken as a hostage too. Naturally, the gang member decides she’s rich and easier to handle. However, when the bad guy tries to escape using the roof, he finds that Hondo and Alonso are up there.

In a desperate attempt, the gang member tries to take the woman along and jump to another rooftop. However, he falls, and Hondo only manages to save the woman in the nick of time. The end of the episode sees Deacon getting worried, when their old unit manager, Buck, cannot be reached all day. Undoubtedly, the upcoming episode will be tense, and action-packed.