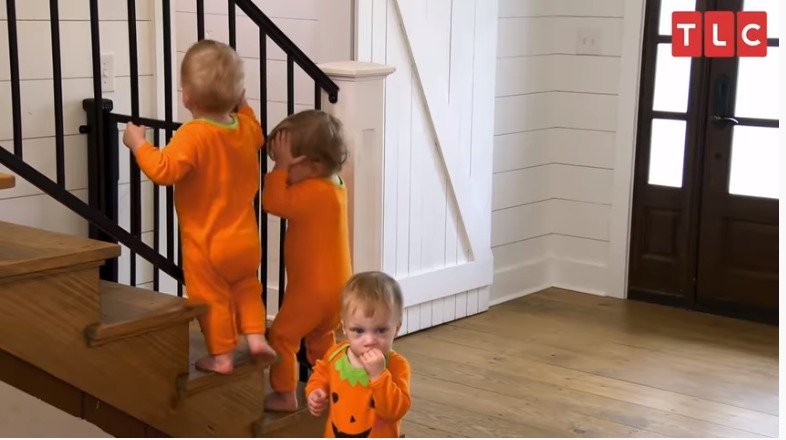 ‘Sweet Home Sextuplets’ is TLC’s popular reality show that follows the lives of the Waldrops of Albertville, parents to three sons and sextuplets, born in 2017. The family of 11 has managed to be in the limelight since the show first hit tv screens in 2018. Across the first two seasons, we saw how the couple welcomes the six new babies to their home and then struggle with their upbringing. With the infants now reaching their toddler stage, fans are obviously looking forward to the series’ third edition. Well, here’s everything we know about it.

‘Sweet Home Sextuplets’ revolves around Courtney and Eric Waldrop, who live in a sheep farm in a small town of Alabama. They are parents to three older boys: Saylor, Wales, and Bridge. On December 11, 2017, Courtney gave birth to six babies’ — Blu, Layke, Rawlings, Rayne, Rivers, and Tag — three boys and three girls. They were born early by 10 weeks and it took almost 40 doctors, nurses, and technicians to ensure successful delivery. Season 3 will see the entire Waldrop clan making a comeback.

What Can Sweet Home Sextuplets Season 3 be About?

Season one of the show chronicles the journey of Courtney and Eric Waldrop during the later stage of Courtney’s pregnancy. We also witness the high-risk premature birth of the sextuplets at Huntsville Hospital. The fam is then seen welcoming the infants to their home. Season 2 follows the couple as they start raising the babies alongside their three older boys.

Season 3 holds many momentous milestones for the Waldrops, including celebrating the sextuplets’ second birthday. Moreover, the toddlers have now reached the stage called ‘terrible two’, which means dealing with difficult issues like potty training and first haircuts. The parents additionally execute the second phase of construction on their house which needs the whole family to stay temporarily in a 1500 square-feet mobile home. Saylor, Bridge, and Wales take up karate classes and the clan also had to “self film” a part of season 3 due to the COVID-19 pandemic.

Moreover, the sextuplets will be starting preschool early — a decision taken by Courtney and Eric to help in their continued development. With cash being limited due to the ongoing home renovation, the fam thinks of celebrating one birthday party for all the nine kids. But how will they ensure that each kid gets the attention s/he deserves? Watch the season to find out!

Check out the official sneak peek for season 3 below:

Read More: How Old Are Busby Quints? What Are Their Names?