Will There be a Sweetbitter Season 3? 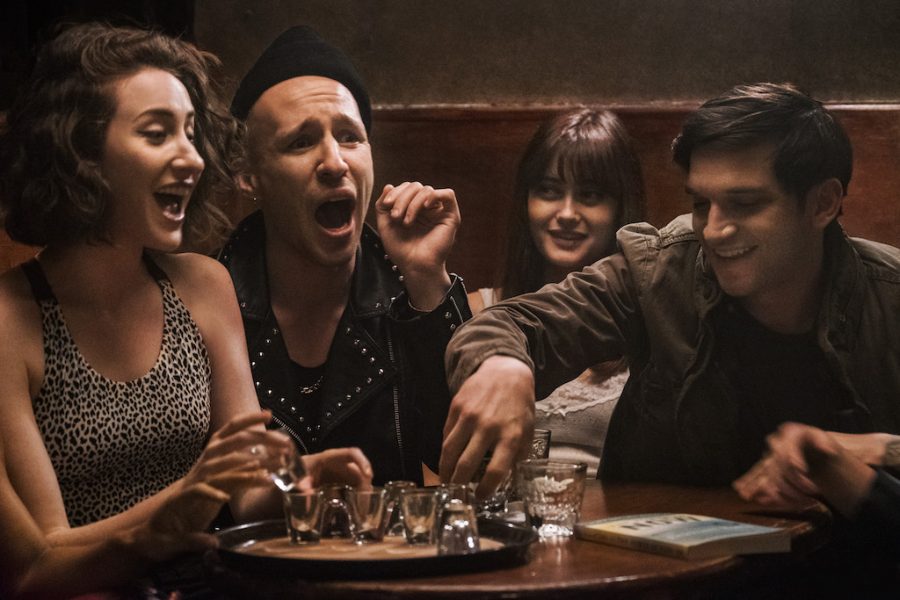 ‘Sweetbitter’ is an American drama television series that airs on the Starz network. The show is based on a 2016 novel of the same name by Stephanie Danler, who is also the creator of the show. ‘Sweetbitter’, like its source material, follows a young woman who becomes a waitress at a prestigious restaurant and is introduced to a whole new world.

A year after the novel’s publication, Starz, in July 2017, announced that it was developing a television adaptation of Sweetbitter. Months after this news surfaced, the network, in October 2017 ordered a full season of the show consisting of six half-hour episodes.

Subsequently, Season 1 premiered on May 6, 2018, but it received poor reviews from television critics and poor feedback from viewers. In spite of the poor reception, Starz renewed the show on July 13, 2018, and Season 2 of ‘Sweetbitter’ premiered in July 2019.

Season 2 garnered even lower viewerships than season 1. So fans are speculating if this is the end of the Lionsgate-produced drama. Read on to know everything about the future of ‘Sweetbitter’ season 3.

Although the ratings were poor, fans were surprised that the show came to an abrupt end after a cliffhanger season 2 finale. But we suspect falling numbers to be the main reason behind Starz’s decision. Therefore, the final verdict: ‘Sweetbitter’ season 3 stands cancelled after airing for just two seasons on Starz.

Sweetbitter Cast: Who’s in it?

In the show, Ella Purnell plays the role of the protagonist, 21-year-old Tess, who moves to New York City and starts working as a waitress. Tom Sturridge, meanwhile, plays the role of Jake, a bartender at the restaurant on whom Tess has a crush. Caitlin Fitzgerald steps into the role of Simone, a senior server who takes Tess under her wing and teaches her the ropes of becoming a server.

Other main cast members in the show include Paul Sparks as the restaurant’s general manager, Howard, Evan Jonigkeit as Will, Eden Epstein as Ari, Jasmine Mathews as Heather, and Daniyar as Sasha. Comedian Sandra Bernhard joined the cast in the role of Maddie Glover for season 2.

Sweetbitter Plot: What is it about?

‘Sweetbitter’ draws heavily from its source material, and dramatizes the novel on television. Interestingly, the novel itself, which was written over a period of seven years, is based on Danler’s own experiences of working as a waitress in New York City. However, Danler has clarified that while there are similarities between herself and Tess, they’re not the same people – “she [Tess] quickly became a character, and is in many ways much better and much worse at life than I was at that age,” the writer had told National Public Radio back in 2016.

Like the novel, it follows 21-year-old Tess, who packs up and moves from Ohio to New York City with dreams of making a living in the city that never sleeps. Full of hope, Tess moves to New York City without knowing anyone or anything, and after a brief period of struggle, she lands herself a job as a waitress at a prestigious downtown restaurant.

Once Tess starts working, she realizes that the servers and the staff at the restaurant are a very tight-knit group who take their work very seriously. Tess, too, starts doing the same, and though the staff are initially hostile to Tess, they eventually warm up after senior server Simone takes her under her wing and starts training her so that she can become a server in future and earn more. In the meantime, Tess develops romantic feelings for a bartender called Jake.

As she starts mingling more with the close-knit group Simone and Jake, she is introduced to a new world of fine dining, lust, drinking, and drugs. She also realizes that the older Simone and the young Jake are both from Connecticut, and that Simone treats Jake like family. Desperate to get Jake, Tess then starts pursuing him aggressively, and though Jake reciprocates to an extent, Tess has difficulty getting him to sleep with her. Complications and drama follows as Tess uncovers the truth behind Simone and Jake’s relationship, and as the show progresses, Tess evolves more and more as a character who is trying to find a footing, professionally and personally, in the largely indifferent world of New York City.

Season 2 begins with Howard taking his staff to learn where their food comes from. Tess, on the other hand, is still learning things that make her question who to trust. On a fancy date with Omar, Tess has a mortifying experience which forces her to question her relationship with sex and realizes that she needs to learn what she likes and wants. Season 2 ends with Tess learning the truth about Jake and Simone’s past and forming her own plan to get everything she wants in the restaurant.

You can check out the season 2 trailer below. If you haven’t seen the show yet head over to Starz to catch all the episodes of the previous seasons.